Fowler shoots 65 despite nagging back injury 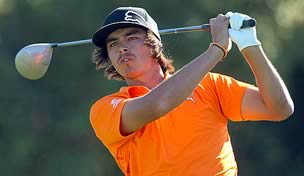 Getty Images
AKRON, OH - AUGUST 07: Padraig Harrington of Ireland plays a shot on the 3rd hole during the second round of the WGC-Bridgestone Invitational on the South Course at Firestone Country Club on August 7, 2009 in Akron, Ohio. (Photo by Sam Greenwood/Getty Images)  -

PALM BEACH GARDENS, Fla. – While Rickie Fowler finds his name near the top of the leaderboard at the Honda Classic, the 24-year-old indicated after his first round that a back injury which plagued him much of last season is still a factor.

'It's definitely still there, and we're still working on it,' Fowler explained after opening with a 5-under 65 Thursday, putting him one shot behind overnight leader Camilo Villegas. 'That's my main goal going into the rest of the season, especially looking at The Masters. It'd be nice to be getting closer to playing pain-free by then.'

Although the injury remains an issue for which he continues to get treatment, Fowler noted that his opening round was relatively pain-free.

'It actually felt pretty good today. Probably the better you play, the better it feels,' he noted. 'I've been swinging really well, so it's kind of a bummer that it's still bugging me.'

'In my two stroke-play events this year with a cut...played (first and second rounds) with Tiger in San Diego, he won; played with Phil in Phoenix, he won,' he added. 'Hopefully, it's maybe my turn.'