McIlroy 'excited' about game after third-round 71 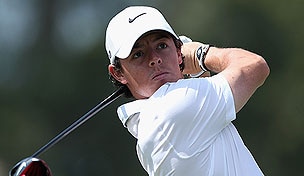 DORAL, Fla. – What a difference a week makes.

Seven days ago Rory McIlroy was searching for answers in the South Florida dirt. On Saturday at Doral he was continuing a comeback with a third-round 71 after a slow start at the WGC-Cadillac Championship.

“At this time last week I was standing on the range at The Bear’s Club grinding my (butt) off looking for a swing,” said McIlroy, who was tied for 31st at 3 under when he finished his round.

His first Saturday round of the season didn’t get off to the start he’d probably imagined. The world No. 1 was 3 over par through four holes, but he rebounded with five birdies through six holes starting at the 11th.

Although he bogeyed the last he seemed pleased with his play, particularly his driving on the windiest day of the week – if not his short game – which is to be expected considering he’s been spending most of his practice time this season working on his full swing.

“There were a lot of positives on the back nine and I’m starting to hit the ball a lot better this week,” said McIlroy, who hit 13 of 18 greens in regulation on Saturday. “Still a few bad shots here and there but I’m excited about my game.”

Not bad for a guy who said at this point last weekend he was, “as low as I’ve ever been.”