Piercy in contention after morning 64 on Day 1 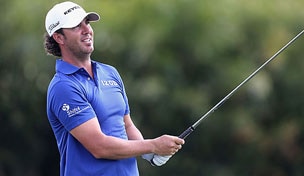 And then? Well, Scott Piercy may be about to find out.

The two-time PGA Tour champion posted a 6-under 64 in the Sony Open first round to race out to an early lead.

“The platform is set for me to go win a WGC, to go win a major, to go win multiple times, I feel,” he said. “So I feel like I’m in a spot where I can be aggressive to see how good I really can be.”

Piercy said he felt mentally tired after last week’s lengthy Hyundai Tournament of Champions, but playing in those conditions may have inadvertently helped prepare him for this week.

“The wind wasn’t even blowing today compared to last week,” he said. “I just played solid today. Hit it in a lot of fairways, hit a lot of greens, made two fairly key putts and took care of the par-5s.”