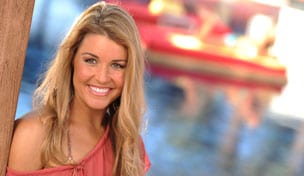 After a season long fan-driven contest, it was revealed during the reunion show that Selanee Henderson won the fan favorite award for Big Break Atlantis. To the surprise of Selanee and the fans, it was also announced that she had won more than just the vote. Unbeknownst to the competitors on Big Break Atlantis and the fans voting, the winner of the fan vote would have her entry fee to Q-School paid for. Selanee Henderson lost to Marcela Leon in the Big Break Atlantis finale and lost out on the winner’s prize package. However, with the fan vote she does not go home empty handed and hopefully she can make the most of her Q-School appearance.

Check out photos from the Big Break Atlantis Reunion show.