Wakefield, Gee, Kim lead in France after first round 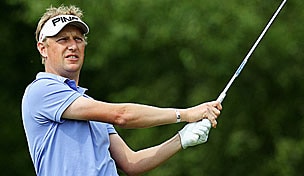 SAINT-OMER, France – Adam Gee of England shot a 4-under 67 Thursday to share the lead with Simon Wakefield of England and Sihwan Kim of South Korea in the opening round of the Saint-Omer Open.

Darren Fichardt of South Africa had a 68, tied with Raymond Russell of Scotland and Raul Quiros of Spain.

Gee climbed atop the leaderboard by holing seven birdies to make up for three bogeys. He missed the cut last week at the Nordea Masters in Sweden.

Kim, who is playing his first season in Europe, also enjoyed a bit of luck.

''I missed in the right places,'' Kim said. ''I wouldn't say I was hitting the ball terribly, but I certainly wasn't striping it. I got some lucky bounces here and there.'' 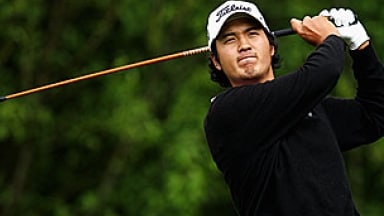 Sihwan Kim leads Darren Fichardt by one shot after the second round of the European Tour's Saint-Omer Open in Saint-Omer, France.

Matthew Zions of Australia shot a 2-under 69 to win his first European Tour title Sunday at the Saint-Omer Open.

Matthew Zions of Australia shot a 4-under 67 to build a three-stroke lead after the third round of the Saint-Omer Open.