Advice for switching away from an anchored stroke 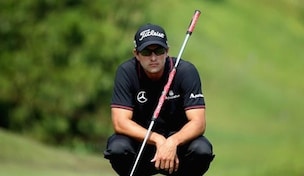 There's still a great deal of debate about the USGA and R&A announcement that anchored putting strokes likely will be banned as of 2016.

Whether you agree with the ruling or not, if you’re using an anchored putting stroke, you'll soon need to make a decision:

You can either decide to ignore the governing bodies and their new rule or you can commit yourself to changing your putting stroke.

And if you're among those in the latter group, which most probably will be, you might need a little help.

That being the case, we asked a few of our most popular SwingFix Instructors for some advice about how to transition away from anchored putting. Here's what they suggested:

Tyrus York: 'The transition is going to vary from player to player. There are different reasons people have gone to anchoring. If you have a pre-existing condition, like a bad back or the yips, there are different ways to combat the problem. For example, if you have the yips, you could try a left-hand low stroke. Lessons are the key, and there is always a solution, but I'm still not thrilled with the change in the rule.'

Chris Rowe: 'For players that have never putted with anything but an anchored putter, I think I would start to experiment now with a regular putter. They're just going to have to accept it. My advice would be to go ahead and change now, making sure all of your fundamentals are correct.'

George Connor: 'A lot of players went to the belly putter because they used it first as a drill. If you look at really good putters, you'll see that the ball aligns with that spot on the torso, no matter what sort of putter or stroke they use. For my students who have always used an anchored stroke, I have them set up with an anchored grip, with the ball just off the toe of the putter. Then they move the butt of the putter a half-inch off their bodies, and they can make a legal stroke.'

For more help with your putting from Golf Channel, click here.