Singh statement on use of banned substance 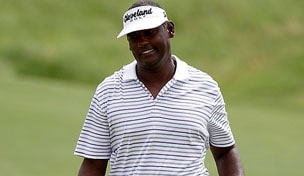 Vijay Singh on Wednesday released a statement through the PGA Tour, saying that he was not aware that deer-antler spray contained a substance that was banned by the PGA Tour.

His full statement, in response to this week’s Sports Illustrated story:

“While I have used deer antler spray, at no time was I aware that it may contain a substance that is banned under the PGA Tour Anti-Doping Policy. In fact, when I first received the product, I reviewed the list of ingredients and did not see any prohibited substances. I am absolutely shocked that deer antler spray may contain a banned substance and am angry that I have put myself in this position. I have been in contact with the PGA Tour and am cooperating fully with their review of this matter. I will not be commenting further at this time.”

Singh, who turns 50 next month, is playing this week at the Waste Management Phoenix Open.