The Palmer Cup – the annual Ryder Cup-style event that pits the best college players from the U.S. and Europe – will be held this year at Wilmington Country Club.

The Old Course at Walton Heath has hosted nearly 90 major amateur and professional events, including the 1981 Ryder Cup and The Senior Open Championship. The event will be held June 26-28, 2014. 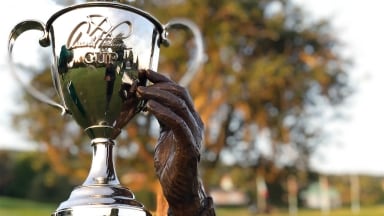 The United States dominated the Internationals to retain the Arnold Palmer Cup in the first competition that featured both men’s and women’s college players.

The United States won eight of the 12 fourball matches Saturday afternoon to take a five-point lead into the final round of the Arnold Palmer Cup. 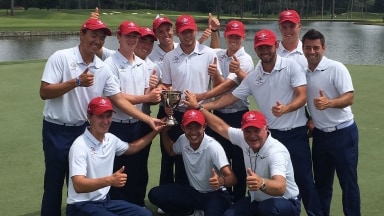 The United States took all of the drama out of the Palmer Cup on Saturday afternoon.