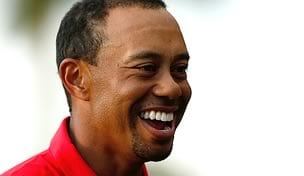 The King shines in the Sunshine State this week as several top players pay homage to Arnold Palmer at the last stop of the Florida swing. A streak is on the line and so is the No. 1 ranking, but many players who have made the Orlando, Fla., area home will be jockeying for the prestigious title – handed out by the man himself – on their own turf. We have you covered with golf’s hottest topics online, on-air and on the course.

1. Stacy Lewis: She rightly takes the No. 1 spot in our rankings this week, capturing the top spot in the world rankings with her scorching come-from-behind victory at the RR Donnelley LPGA Founders Cup. Lewis is only the second American to claim the honor since the rankings began in 2006 (Cristie Kerr held the position for five weeks in 2010). Lewis also earned Player of the Year in 2012, becoming the first American to do so since Beth Daniel in 1994.

2. American dominance: You have to applaud the red, white and blue. To go along with Lewis’ accomplishment, Americans have won every event played on the PGA Tour this season. The hot streak is at 12, so will it be lucky or unlucky No. 13 this week?

3. King for a Day: As Arnold Palmer holds court this week, Lamkin, the grip company he’s been affiliated with for more than 60 years, kicks off a sweepstakes where one lucky winner will win a VIP trip for two to meet the King in his hometown; play golf at his home course; and win a set of Callaway clubs, Lamkin grips and autographed Arnold Palmer memorabilia. Enter at www.meetarnoldpalmer.com.

5. Tiger and Lindsey: It’s official. And Facebook official at that! Tiger Woods and Lindsey Vonn confirmed that the two have been dating for a couple months. They published professional photos of the two of them together (wearing their sponsor’s logos, nonetheless) and asked for their privacy. Now professional photos for an engagement announcement are somewhat the norm these days, but for a dating announcement, that’s new to me. Perhaps social “engagements” attended by the two of them together are in the near future.

6. World ranks: Not only is Woods making headlines with his relationship, but this week’s defending champion can regain the No. 1 ranking with another win at the Arnold Palmer Invitational. He hasn’t held the top position since October 2010, 29 months ago.

7. Nona Blue: Perhaps the main man in Woods' way to the top at Bay Hill is local resident Graeme McDowell, who has donned blue competing against Woods in the Tavistock Cup for Lake Nona, while Woods has dressed in both Isleworth red and Albany pink. McDowell, who was runner-up to Woods last year at this event, opened a restaurant and bar this past weekend, just outside the gates to his Lake Nona home. If you’re in town, this would be the “who’s who” spot for celebrating victories and drinking away sorrows.

8. Jordan Speith: In just four PGA Tour starts this year, the 19-year-old earned special temporary exempt status for the remainder of 2013 with two top-10 finishes – a T-7 last week in Tampa and a T-2 in Puerto Rico. He joins an elite group of players who have earned their card without advancing through Q-School or the Web.com Tour, including Justin Leonard, Gary Hallberg, Scott Verplank, Phil Mickelson, Ryan Moore, Bud Cauley and Woods.

9. South African Golf: We’ve given a nod to the Americans, so it’s only right to acknowledge the other country producing a notable number of winners this season. South Africa’s Charl Schwartzel won the Alfred Dunhill Championship, followed by fellow countryman Louis Oosthuizen, who picked up the title at the Volvo Golf Champions. Other South African winners include Richard Sterne, Darren Fichardt, Dawie Van Der Walt and last week’s champion, Thomas Aiken.

10. Doubling up in the Carolinas: In South Carolina, Hilton Head’s Harbour Town Golf Links, home of the RBC Heritage, will undergo construction for a new clubhouse. Demolition will begin after the 2014 Heritage and is to be completed by the 2015 tournament. And in North Carolina, Greensboro’s Sedgefield Country Club, site of the Wyndham Championship, will merge with Cardinal Golf and Country Club to create one brand, the Sedgefield Country Club’s Ross Course and Dye Course. The merger will make it the only private club in the nation with both a Donald Ross and a Pete Dye course. It will also feature both Bermuda and bent grass greens, so members can have ideal putting conditions year-round.