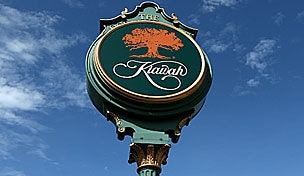 Getty Images
AUGUSTA, GA - APRIL 05: Amateur Lion Kim of South Korea walks across a green during a practice round prior to the 2011 Masters Tournament at Augusta National Golf Club on April 5, 2011 in Augusta, Georgia. (Photo by Harry How/Getty Images)  -

KIAWAH ISLAND, S.C. – Carl Pettersson is the surprise leader after the first round of the 94th PGA Championship. It’s a surprise not because of a lack of championship pedigree – the burly Swede has won five times on the PGA Tour, including this April at Harbour Town – but rather due to his modest track record at this event.

Never in his 20 previous rounds at the PGA had Pettersson broken 70. That changed during a bogey-free 66 Thursday at Kiawah Island, which gave him a one-shot lead over Gary Woodland, Rory McIlroy, Alexander Noren and Gonzalo Fernandez-Castano.

Here’s what else ‘You Oughta Know’ after Day 1:

• Joost Luiten was the story of the morning . . . at least until he played Nos. 6-9. Eight under for the day when he stepped onto the sixth tee, the little-known Dutchman proceeded to record four consecutive bogeys to drop out of the lead and into a tie for fifth at 68. It was fun while it lasted.

• Clinging to the eighth and final automatic spot on the U.S. Ryder Cup points list, Phil Mickelson mixed four bogeys with three birdies Thursday and is seven back after a 73. Indeed, no one knows for sure if Lefty is all right.

• So far, so good for the defending PGA champion. Keegan Bradley, who also won last week at the WGC-Bridgestone Invitational, went 3 under on his first two holes, then scrapped his way to a 68 that left him two off the lead.

• John Daly is relevant again at the PGA Championship. Twenty-one years after his breakthrough victory at the ’91 PGA, Daly shot 68 to continue his good play of late. Get this: It was only the third time in his past 29 rounds at the PGA that he’s shot in the 60s. He hasn’t made a cut in this event since 2007.

• Is this another lost year at the majors for Lee Westwood? The world No. 4 opened with 75 Thursday at Kiawah, and he’s already nine shots off the lead.

• Tiger Woods opened with a round of par or better in all four majors this year. Still, he has finished in the top 10 only once (T-3, British Open). A few more rounds like Thursday, however, and he certainly could reverse that trend.

• Rory McIlroy also opened with 67 at the Open Championship before faltering to a T-60 (75-73-73). Since his resounding victory at the 2011 U.S. Open, the Northern Irishman hasn’t finished better than T-25 in his past five major appearances.