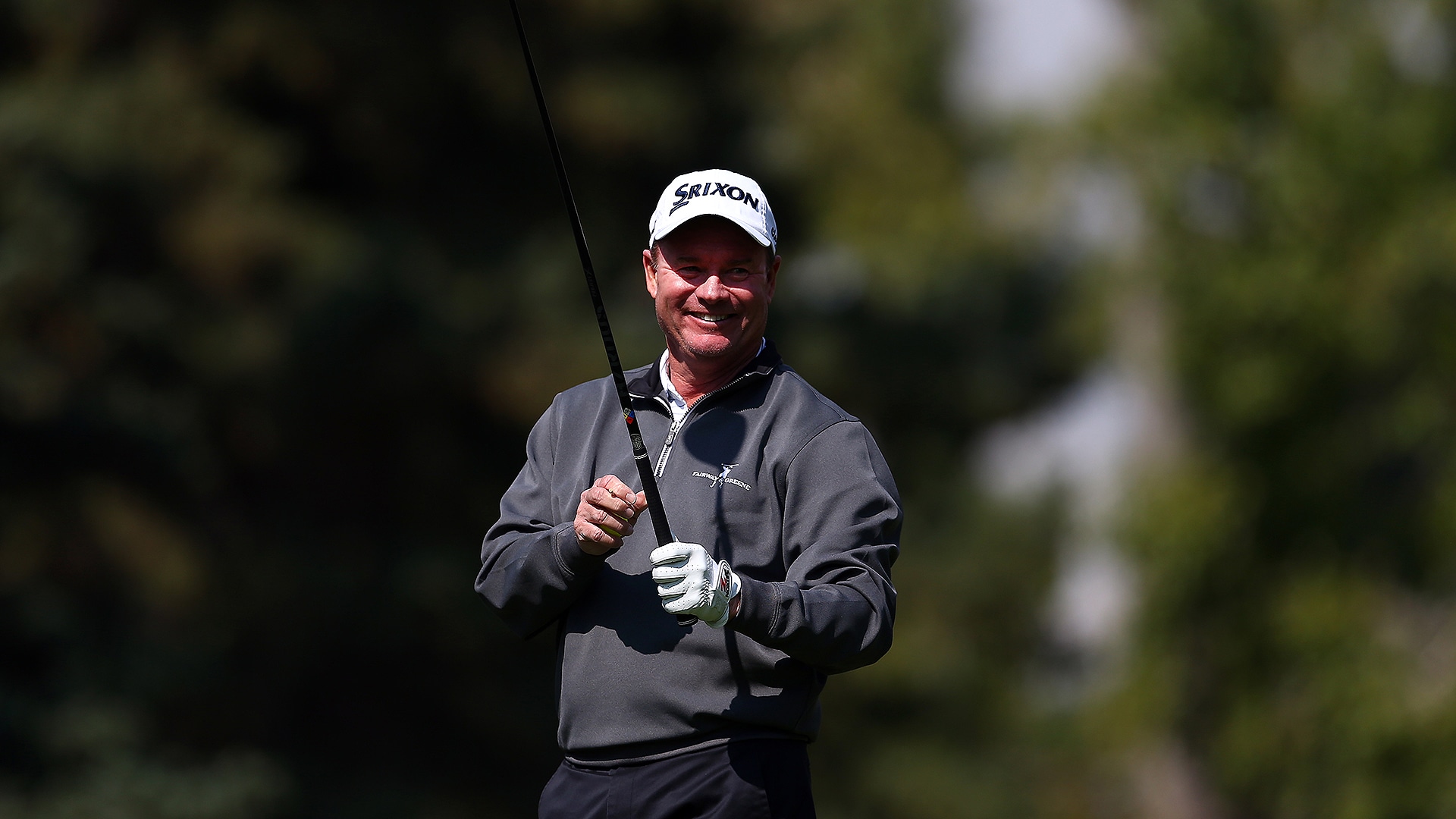 CALGARY, Alberta - Joe Durant eagled the par-5 18th for a 7-under 63 and a one-stroke lead over Miguel Angel Jimenez on Saturday in the PGA Tour Champion's Shaw Charity Classic.

Durant birdied the first four holes on the back nine and bogeyed the par-4 15th before pulling ahead with the closing eagle. The four-time PGA Tour champion won the Chubb Classic in Florida in February for his third senior title.

Jimenez birdied the final two holes for a 66. The Spaniard has six victories on the 50-and-over tour, winning major titles this year in the Regions Tradition and Senior British Open. He finished second behind Scott McCarron last year at Canyon Meadows.

Kirk Triplett, tied for the first-round lead with Jimenez after a 64, had a 67 to drop two strokes back at 9 under.

McCarron was fourth at 8 under after a 65. 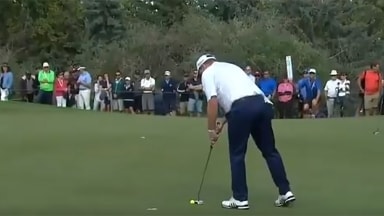 Scott McCarron won the Shaw Charity Classic on Sunday by a shot over Joe Durant, thanks to Durant's late missed tap-in for par. 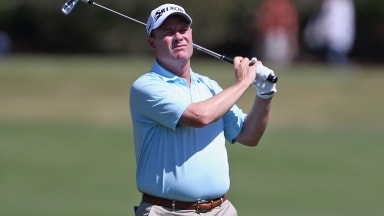 Joe Durant had three straight birdies in a back-nine burst and a shot 6-under 66 on Friday to take the first-round lead in the PGA Tour Champions' Rapiscan Systems Classic. 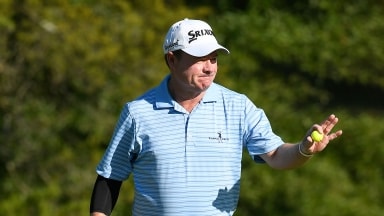 Joe Durant birdied the final two holes on Sunday - and got some help from Steve Stricker - to win the PGA Tour Champions' Chubb Classic.