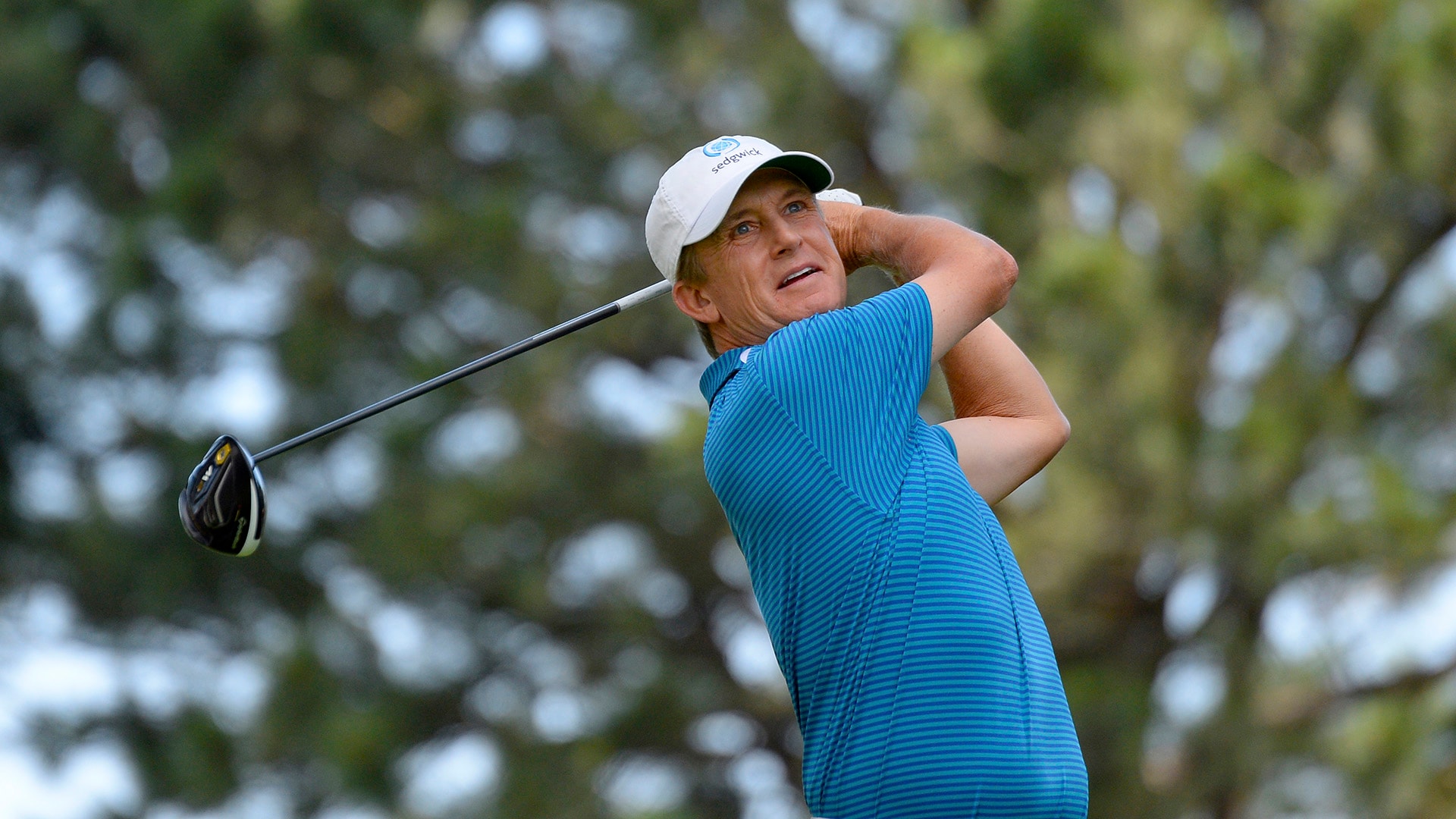 COLORADO SPRINGS, Colo. – Sooner or later, somebody was bound to make a long putt at the Broadmoor.

David Toms made not just one, but two, on Sunday - first to take the lead on the 16th hole, then to protect it on No. 17 and set himself for the win at the U.S. Senior Open.

On a course where the greens perplexed the entire field for four straight days, Toms rolled in a 15-footer for birdie on No. 16, then coaxed in a downhill, 20-foot slider to save par after driving into a fairway bunker on the 530-yard, par-4 17th.

He shot even-par 70 to walk away a shot ahead of Miguel Angel Jimenez, Tim Petrovic and Jerry Kelly in an all-day dog fight; five players were tied for the lead when Toms and Kelly teed off on the 14th hole.

Any of them could've won it.

Petrovic (70) hit an approach to 4 feet on 18 to make birdie and get to 2 under. Jimenez (69) made his first long putt of the week - a 16-footer - to also birdie No. 18. Kelly, who led after each of the first three rounds, struggled with the wind and his distance control all week but stayed in it until the last shot. He shot 72 and didn't make a putt of over 12 feet over the entire tournament.

It left the door open for Toms, the 51-year-old who hadn't won a tournament on the regular or senior tour in more than seven years.

This major looked a lot like his other one - the PGA Championship in 2001, where his smart layup and par save on the 72nd hole helped him preserve a one-shot win over Phil Mickelson.

This time, Toms found trouble on the 71st hole.

Moments after his go-ahead birdie, his tee shot on 17 rolled to the front edge of a fairway bunker, just beneath an upcropping of grass. Toms chose to layup, steadying his left foot on the grass, his right foot in the bunker and popping the ball out to 98 yards. His third shot landed past the cup and did not spin - leaving him a tricky downhill 20-footer that he put into the back of the cup.

Safely on in two on the 18th, he hit his birdie putt about 3 feet past, but rammed in a knee-knocker to save par and get the win.