Cut and not so dry: Shinnecock back with a new look 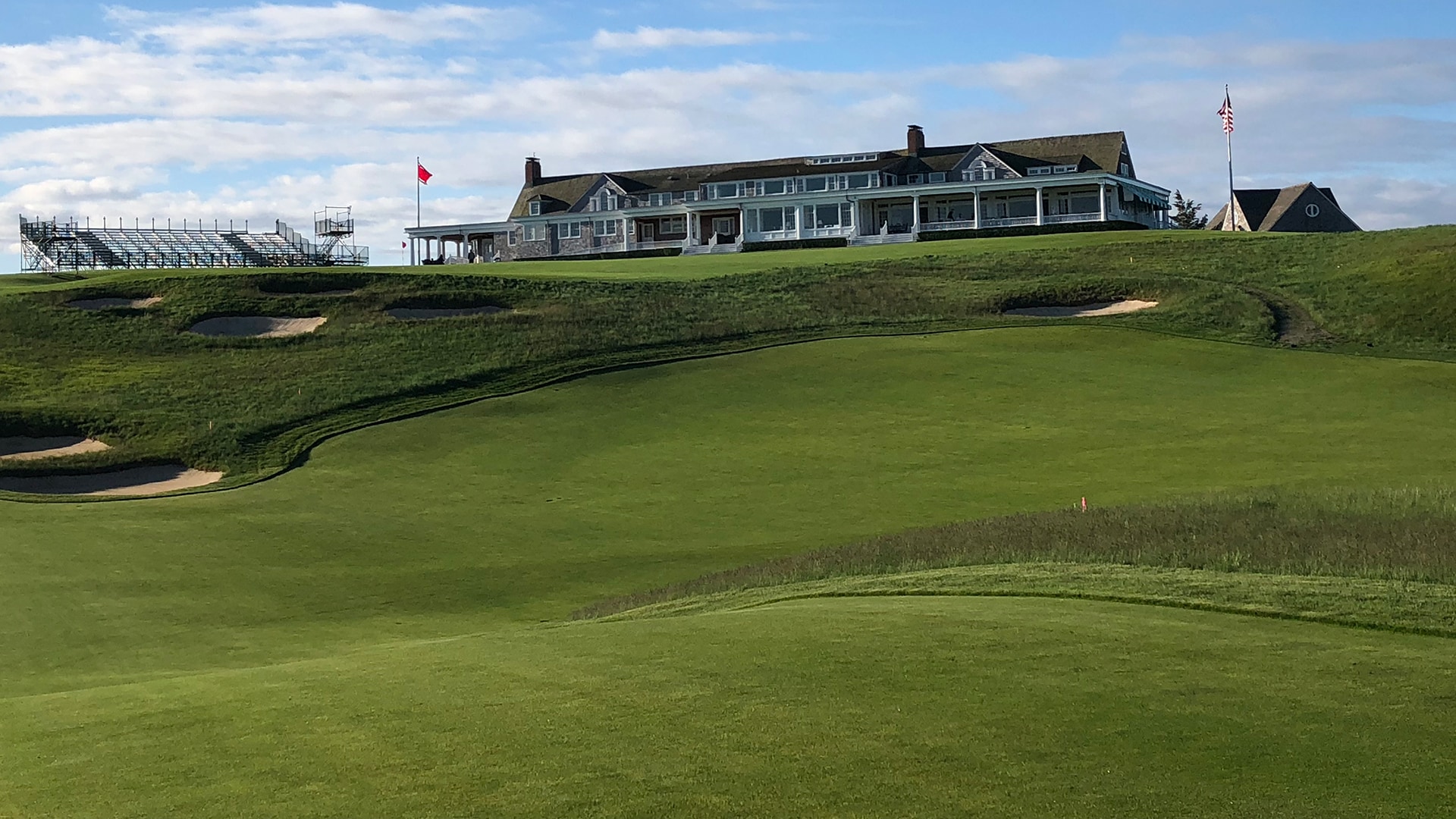 SOUTHAMPTON, N.Y. – The last time the USGA was here at Shinnecock Hills, it nearly had a train wreck on its hands. The last day of the 2004 U.S. Open was so dry and the turf so firm that play was stopped in the morning just to get some water on the greens.

The lessons learned from that debacle are now on display three weeks before Shinnecock gets another U.S. Open. And this time, the USGA is prepared with all sorts of high-tech devices – firmness meters, moisture monitors, drone technology to measure turf temperatures - to make sure the playing surfaces remain healthy.

Players, meanwhile, will face a golf course that is 548 yards longer than a dozen years ago, topping out now at 7,445 yards for the par-70 layout. Ten new tees have assured that the course will keep up with technology and distance. They’ll also require players to contend with the bunkering and fairway contours that designer William Flynn built when he renovated Shinnecock Hills in 1930.

And those greens will not only have more consistent turf cover, they’ll also be a lot larger – like 30 percent bigger. What were mere circles averaging 5,500 square feet are now about 7,200 square feet. That will mean more hole locations, more variety to the setup, and more rollouts into surrounding low-mow areas. Slight misses that ended up in nearby rough will now be down in hollows many more yards away. 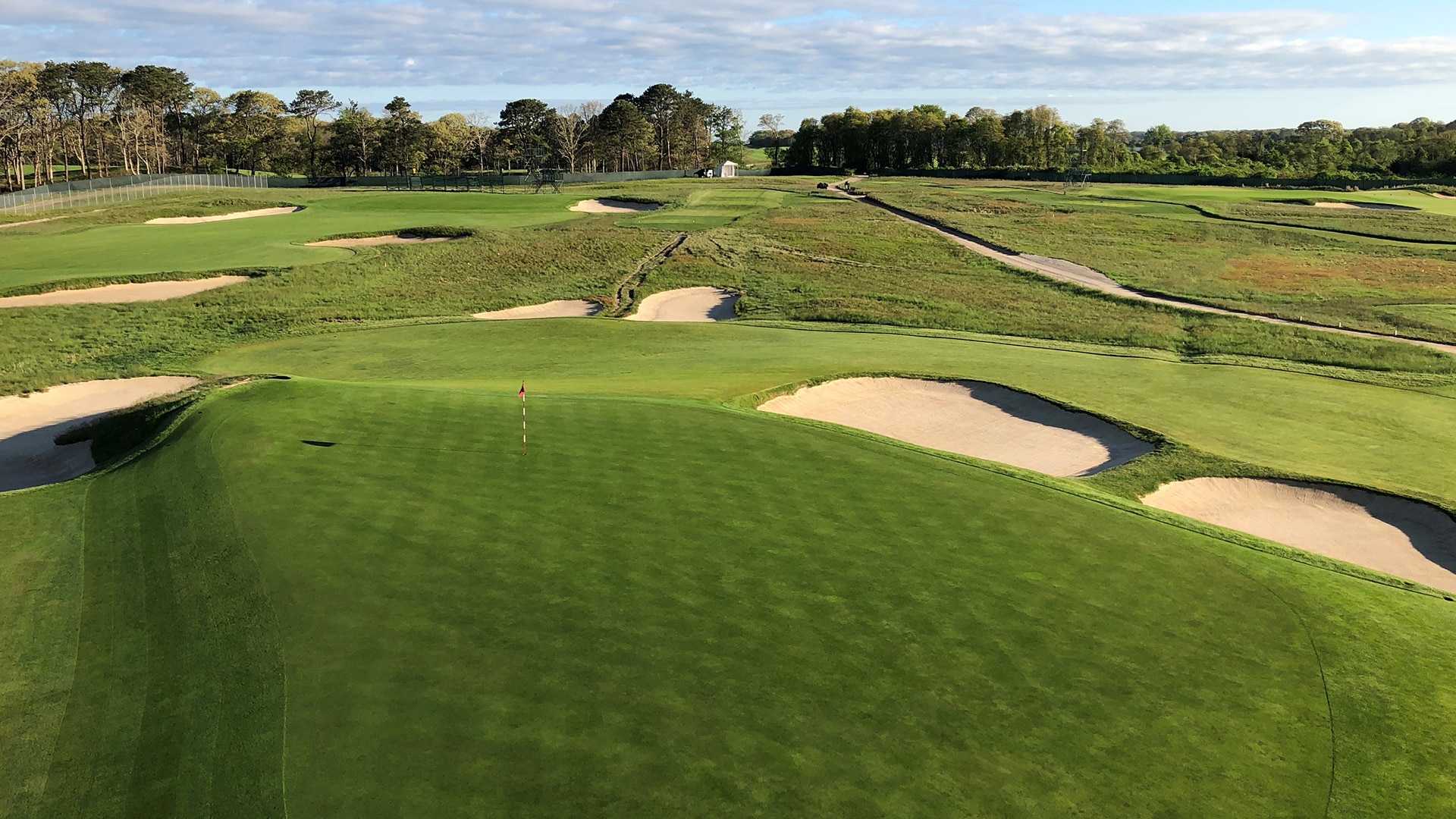 The course now has an open, windswept look to it – what longtime green chairman Charles Stevenson calls “a maritime grassland.” You don’t get to be green chairman of a prominent club for 37 years without learning how to deal with politics, and he’s been a master while implementing a long-term plan to bring the course back to its original scale and angles. In some cases that required moving tees back to recapture the threat posed by cross-bunkers and steep falloffs. Two of the bigger extensions come on the layout’s two par-5s, which got longer by an average of 60 yards. The downwind, downhill par-4 14th hole got stretched 73 yards and now plays 519.

The also want to place an emphasis upon strategy and position, which is why, after the club had expanded its fairways the last few years, the USGA decided last September to bring them back in somewhat.

The decision followed analysis of the driving statistics from the 2017 U.S. Open at Erin Hills, where wide fairways proved very hospitable to play. Players who made the cut averaged hitting 77 percent of fairways and driving it 308 yards off the tee. There was little fear of the rough there. “We didn’t get the wind and the dry conditions we anticipated,” says Davis.

Moving ahead to Shinnecock Hills, he and the setup staff wanted to balance the need for architectural variety with a traditional emphasis upon accuracy. So they narrowed the fairways at Shinnecock Hills last September by seven acres. They are still much wider than in the U.S. Opens played here in 1986, 1995 and 2004, when the average width of the landing areas was 26.6 yards. “Now they are 41.6 yards across on average,” said Davis. So they are much wider than in previous U.S. Opens and make better use of the existing contours and bring lateral bunkers into play.

This time around, with more consistent, healthier turf cover and greens that have plenty of nutrients and moisture, the USGA should be able to avoid the disastrous drying out of the putting surfaces that threatened that final day in 2004. The players will also face a golf course that is more consistent than ever with its intended width, design, variety and challenge. That should make for a more interesting golf course and, by turn, more interesting viewing.