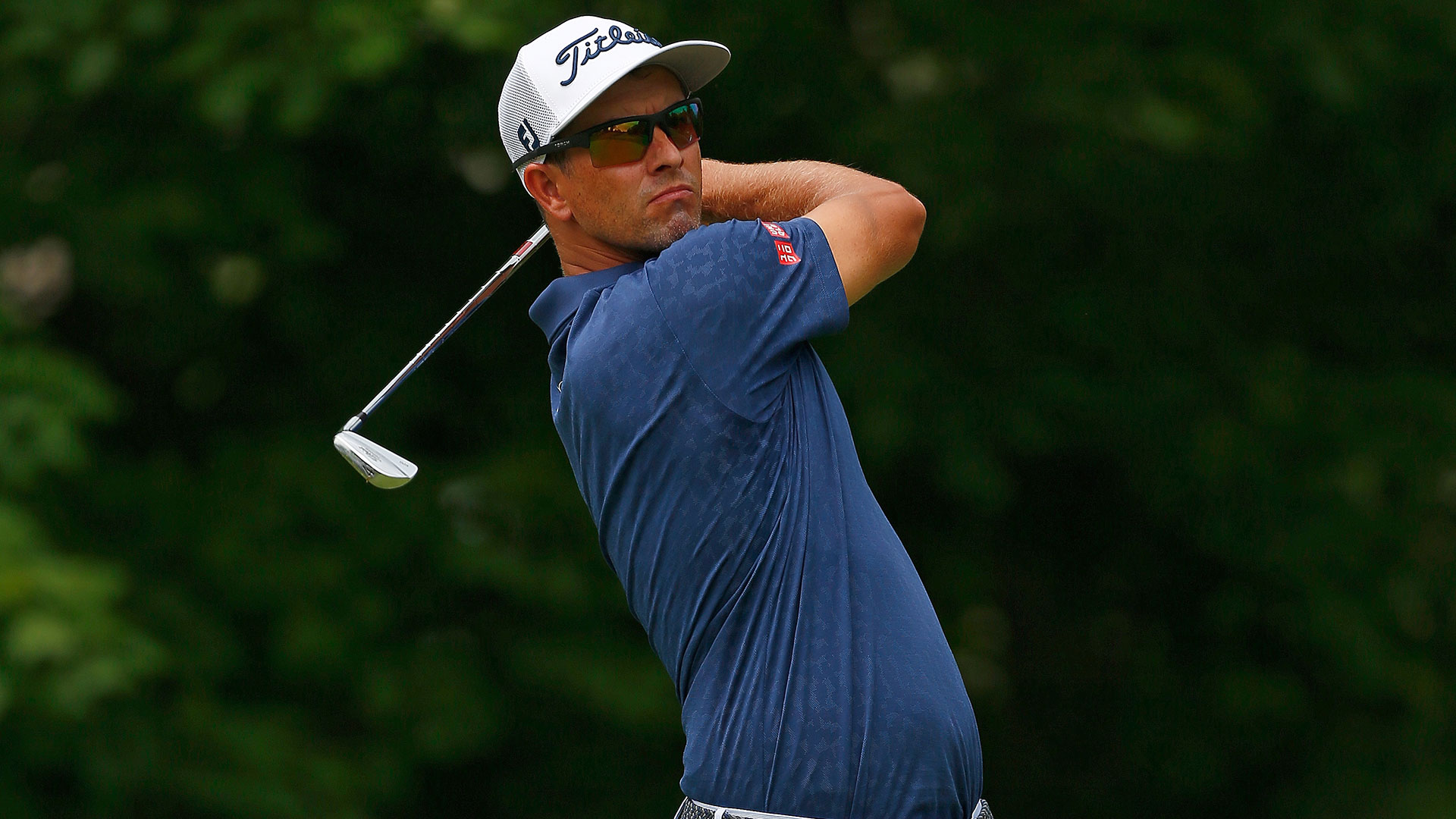 SOUTHAMPTON, N.Y. – In the six days since Adam Scott qualified for the U.S. Open, he has a new caddie and an old coach.

Scott showed up at Shinnecock Hills on Sunday without David Clark, who had been exclusively on his bag for last 18 months. Scott said they parted ways after making it through the 36-hole sectional qualifier on Monday in Ohio.

Instead, he will use a caddie from Shinnecock Hills this week at the U.S. Open.

The caddie is Lenny Bummolo, and he's no stranger. Scott has used him during casual rounds at Shinnecock Hills over the last five years, including one round in 2013 when Scott set the course record from the championship tees with a 63 (it was broken the next year by Kevin Stadler).

''Lenny has been here for so long. He knows the course so well, and the greens,'' Scott said. ''I really think it's a valuable move here this week for me stand there hit it where he says. He's going to be right more times than me.''

Scott didn't offer a long explanation on why he split with Clark, except that it's part of the business.

''There's never good timing for these kinds of things,'' he said. ''The player-caddie relationship is an interesting one. I've had a few over the years. It's an intense work environment. It's a love-and-hate thing. It becomes a revolving door out there. Sometimes, I have to make selfish decisions.''

As for the coach?

Brad Malone also is his brother-in-law, and while they had not been working together the last few years, Scott decided to bring him back.

As recent as Sunday?

''As far as everybody is to know, yes,'' he said with a laugh. ''We've been communicating a little bit the last few weeks. I feel like it's a positive thing for my game.''

If a caddie and coach were not enough changes for one week, Scott also played nine holes at Shinnecock Hills with a short putter.

Scott said he would most likely stick with the broom-handle putter that he used to win the 2013 Masters, keeping from being anchored to his chest.

''I'll putt with the long putter, I'm pretty sure,'' he said. ''I just don't like thinking about it too much. I pick both up and I putt good with both. I don't want to get stuck trying to be perfect.''