Bergeron prevails in 24-for-1 playoff at U.S. Am 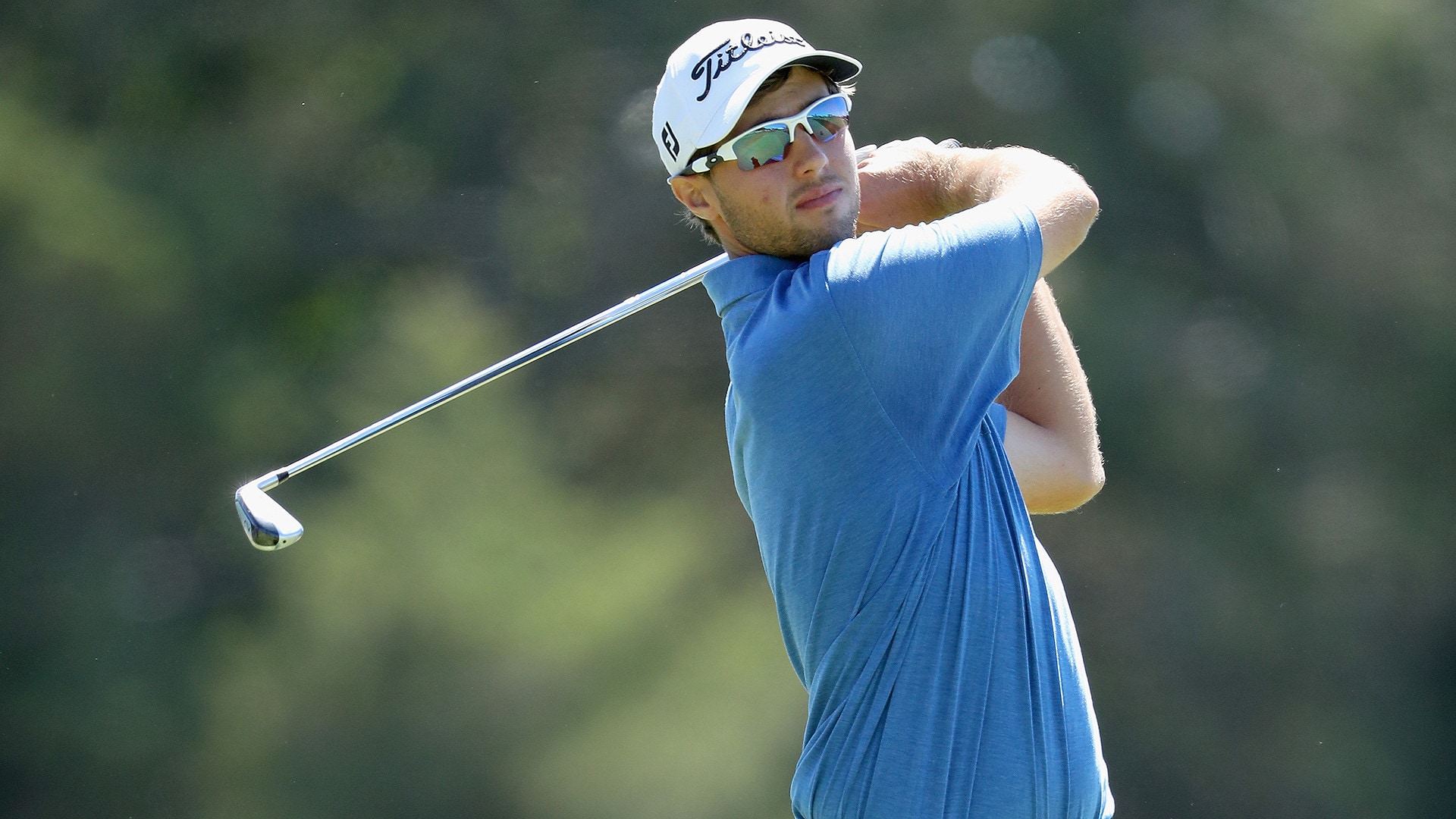 PEBBLE BEACH, Calif. – It wasn’t just that Jacob Bergeron prevailed in an unprecedented 24-for-1 playoff Wednesday at the U.S. Amateur.

“Fortunate is the first word that comes to mind,” Bergeron said afterward.

There have been larger playoffs to advance to match play at the U.S. Amateur. In 1988, 31 players competed for four spots. Two decades later, 26 players battled in a two-spotter. But Wednesday was believed to be the first time that so many players duked it out for just a single spot in match play.

More than a dozen players were at dinner Tuesday night, at about 8 p.m., when they noticed that the cut line drifted from 3 over to 4 over.

That forced the USGA to scramble. With so many players back in the fold, they set up a playoff format for the 24 guys to compete in six foursomes in a sudden-death format, beginning on the 220-yard 17th at 7:30 a.m. The two dozen players whacked a full bucket of 4- and 5-irons on the range, then shuttled to the adjacent third green, which was used as a practice putting green for the playoff.

Fred Lacroix of France was the first to play on a 55-degree morning. He hit a towering draw with a 4-iron inside 10 feet and sauntered back to his bag.

“At least one guy is going to make birdie,” Lacroix said later, “and I wanted it to be me.”

Instead, his birdie putt raced 6 feet past, and he missed the comebacker, too. The other three players in his group made par. Lacroix went from a potentially tone-setting birdie to a bogey that dropped him out of contention.

With nearly 36 hours to kill before his flight home to Paris, a bummed Lacroix was asked whether he’d play one of the other stellar courses in the area.

“I don’t want to play golf right now,” he sighed.

Two groups later, Lacroix watched as Bergeron hit a 4-iron to 5 feet, below the hole.

And Bergeron converted, sneaking his putt in the left side.

“You just have to ball first thing in the morning,” Bergeron said. “It’s the most extreme playoff I’ve ever been in.”

None of them could.

Their chances dashed, they scooped up their ball and dejectedly walked off the green. Zach Bauchou even checked a USGA official’s clipboard and shook his head.

“Somebody’s gotta go get it,” Patrick Martin said after making par when he couldn’t chip in from the right fringe. “The worst thing you can do is put yourself out of position to make birdie. It sucks to not have a realistic look at it.”

For a while, it appeared as though Bergeron’s lone birdie would stand up. Then in the last foursome, Chase Johnson stuffed his tee shot to 10 feet and Peter Kuest, the last of the 24 players to tee off, matched him.

Kuest, a junior a BYU, rammed in his birdie try, while Johnson’s putt caught the left edge and stayed out.

“Good birdie, dude,” Bergeron said, extending his hand to Kuest. They were the only two players to move on to Pebble’s 18th, one of the most iconic finishing holes in golf.

After both players hammered drives down the left side, Bergeron flared his 4-iron – the same club he’d nuked about a half hour earlier – into the first cut on the right side, stymied behind the large cypress tree protecting the green.

“A love-hate relationship with that club,” he said, smiling.

With an opening, Kuest tried to play his 195-yard approach into the center of the green, but he pulled it and hit it thin.

His ball hit the retaining wall and ricocheted into the Pacific Ocean. A brief search ensued, as Kuest would have at least considered playing it from the rocks, but his ball wasn’t recovered until after he finished.

He headed back to the drop zone, where his wedge shot hit the front edge and spun off the green.

No longer needing to play as aggressively, Bergeron chipped out sideways and then pitched to 10 feet. He missed his par putt, but Kuest lipped out his 5-footer, and then missed the 8-footer for double bogey, too.

To some surprise, the marathon playoff took only 90 minutes.

Asked if he was surprised that his bogey-6 was enough to advance, Bergeron said: “A little. But little things like this might point to this being my week.”

The 20-year-old has already informed LSU coach Chuck Winstead that he won’t return to school for his sophomore season. After qualifying for this year’s U.S. Open, he chatted with Jason Day and Jordan Spieth about their career progressions, and they advised him to choose whatever route would make him the best player in four years. Bergeron decided that was to turn pro, and so he’s attempting Web.com Tour Q-School next month.

Of course, the rest of this week could change those plans. The U.S. Amateur finalists both receive an invitation to the 2019 Masters, and Bergeron wouldn’t miss that opportunity.

“Long way to go before that, though,” he said.

But at least his path can only get easier. He beat 23 other players on Wednesday morning. To reach the final, he needs to win just five matches, beginning this afternoon against co-medalist Daniel Hillier of New Zealand.

“The seeding just means you have a match,” Bergeron said. “And once you get in, it’s anyone’s game.” 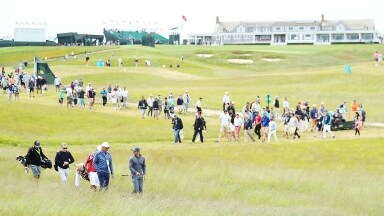 Shinnecock tough, getting there even tougher for some

Fans want to see the game's best face the ultimate test at Shinnecock. But getting there can be a major pain for some.