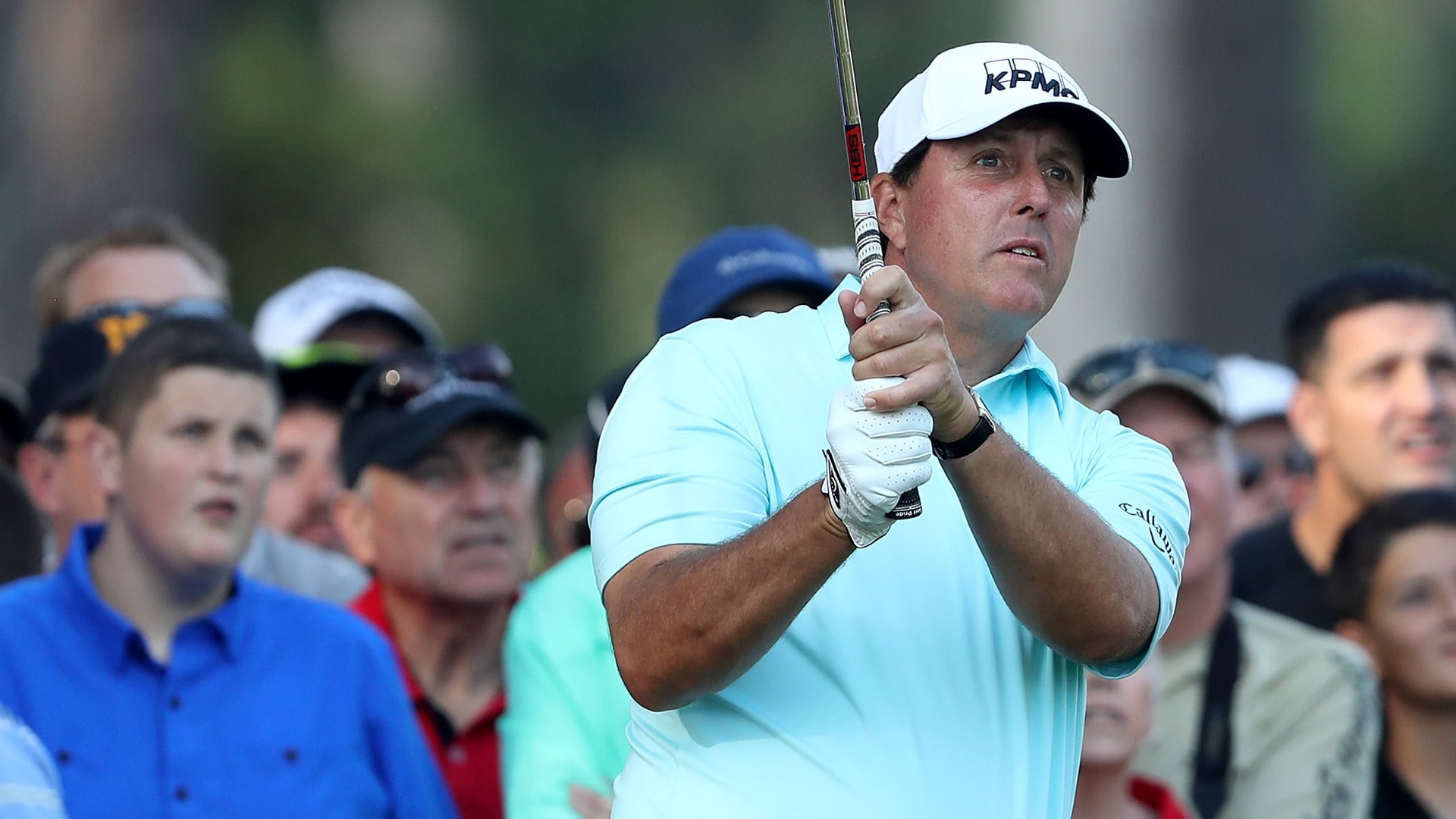 During a round of golf at Augusta National prior to this year’s Masters, Brady revealed that he offered Phil Mickelson a swing tip. Last week, Lefty confirmed the two shared some thoughts on increasing swing speed and on Wednesday at the Dean & DeLuca Invitational he explained.

“Overload, underload. It's about how to create speed, how to retrain and reprogram your governor for speed,” Mickelson said. “I've been doing a lot of the same stuff, and he just kind of explained how he applied it to football and throwing and arm velocity.”

Overload/underload is based on a technique former major league pitcher Tom House is teaching NFL quarterbacks. According to Mickelson’s longtime trainer Sean Cochran, the concept applies to rotary athletes (baseball pitchers and hitters, quarterbacks, tennis players) and essentially is the process of using lighter and heavier clubs to increase swing speed.

“We have, Sean Cochran and myself, been doing it for a few years,” Mickelson said. “I think they've been refined over the years. I think Tom has really refined it and applied it to other sports other than baseball and other than just throwing, to golf.”