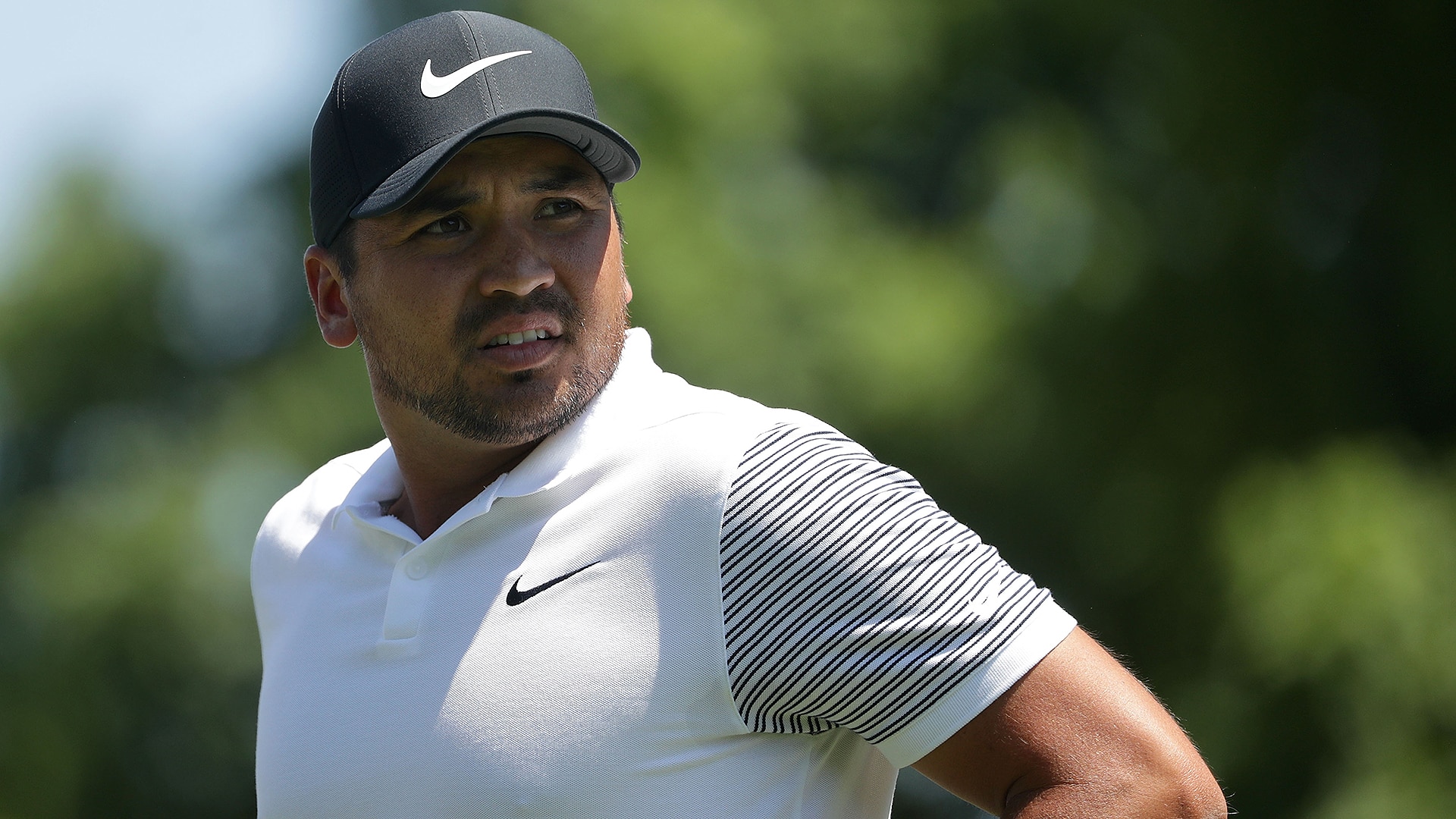 CHARLOTTE, N.C. – Jason Day figured following his second-round 67 at the Wells Fargo Championship that if he could just get his iron play to come around he’s poised for something special.

“The driving's been great out there, the chipping and the putting's been good,” said Day, who is tied for second place at 6 under par and a stroke off the lead. “I was saying yesterday just the iron play needs to tighten up. I think once that starts to happen, then things are going to switch pretty quickly.”

At Quail Hollow, however, even his less-than-perfect iron shots are turning out well thanks to his sand play. He’s 8-for-8 in sand saves this week, including a hole-out from a greenside bunker at the par-5 10th hole for eagle.

A hole-out eagle. From the bunker. To tie the lead.

“I just had to catch it clean, landed it on my spot perfectly and just kind of rolled around nicely into the hole,” Day said. “I holed one out last week at the Zurich [Classic] as well from the bunker and my bunker play's been really, really good this year.”

This is Day’s third start at the Wells Fargo Championship, and his first since 2012, but he explained that it was last year’s PGA Championship, which was played at Quail Hollow, that convinced him to come back.

“The PGA definitely kind of tipped it over the edge. I know that I can play well here because of how difficult the golf course is,” said Day, who tied for ninth place at the ’17 PGA.