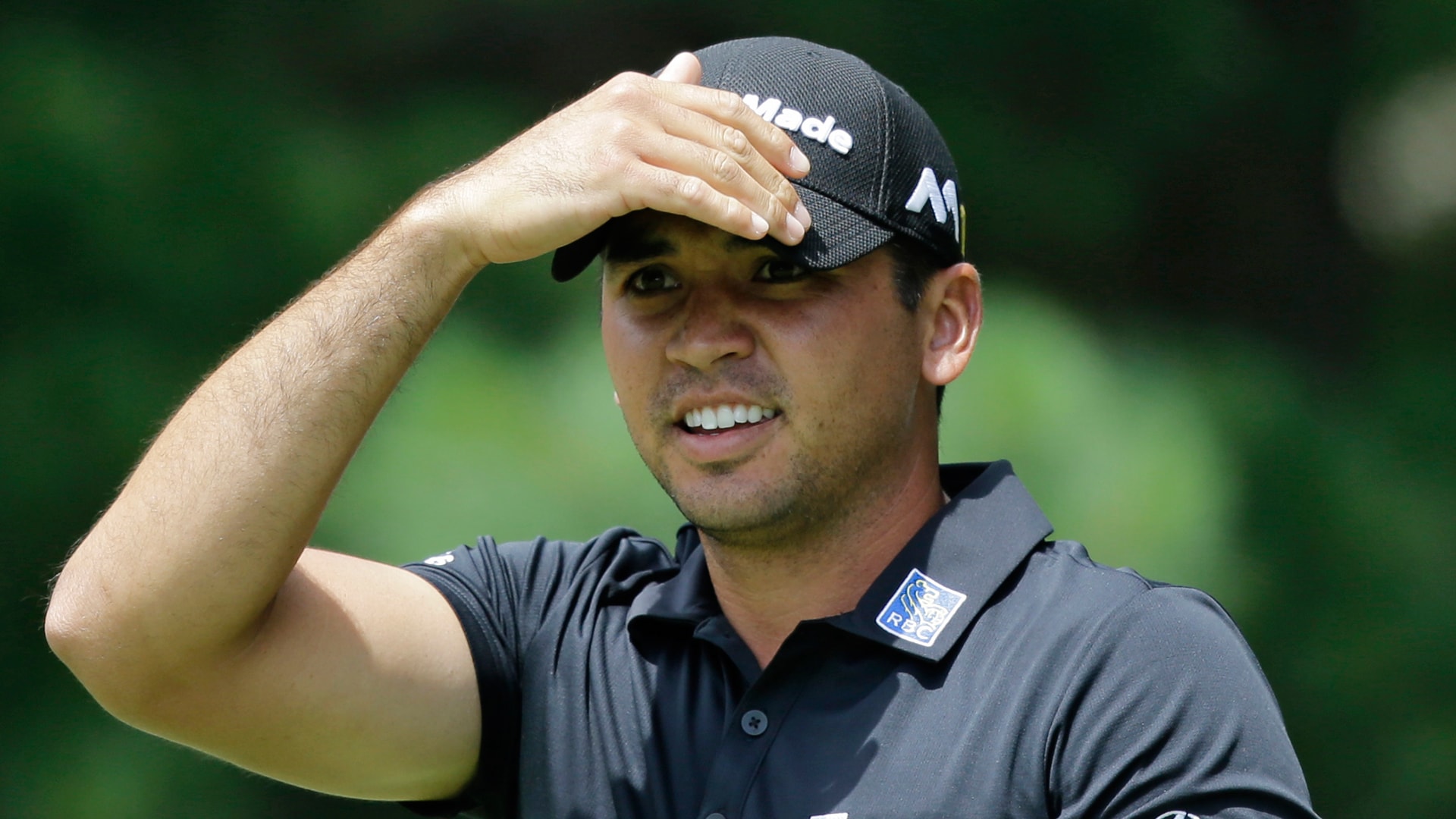 AKRON, Ohio – As Jason Day strode to the podium in the media center following his third round at the WGC-Bridgestone Invitational, he took off his hat and simply scratched his head.

“Bloody hell,” he said with a sigh.

It’s not the typical refrain you’d expect from someone who shares the 54-hole lead, but it’s a bit more understandable after reviewing the stat sheet from Day’s third-round 69.

The driver that has contributed to so many wins in recent months contributed only to his stuggles Saturday, as the Aussie hit the first fairway with a 4-iron and proceeded to miss the next 11 fairways in a row.

Day said he knew he was in trouble when a planned draw on the eighth tee started right and then drifted “way right.”

“I felt like Mr. Havercamp out of ‘Caddyshack,’ trying to find his golf ball and not knowing where the golf hole goes,” Day explained.

Despite the errant tee shots, though, Day again relied on a stellar short game that has kept him in contention all week long. He converted 6 of 7 scrambling opportunities during the third round, and now has saved par 17 out of 20 times this week.

It’s a big reason why he still sits at 5 under, sharing the lead alongside Scott Piercy, one shot clear of David Lingmerth.

“I think obviously the short game saved me, but mentally I was just trying to grind and grind and grind,” he said. “It’s very easy to just, hitting the positions that I hit today, to sit there and go, ‘Well, it’s just not my day or not my week,’ and kind of switch off a little bit. But I didn’t want to allow myself to switch off mentally.”

That resolve helped Day to a series of par saves on the back nine, and he now has an opportunity to convert at least a share of the 54-hole lead for the sixth straight time, including the third time since March.

“It wasn’t the best stuff,” he said. “But if I can hit it decent tomorrow, I’ll give myself more opportunities on the greens, and I feel pretty confident with my putting that I can hole anything on the greens.”