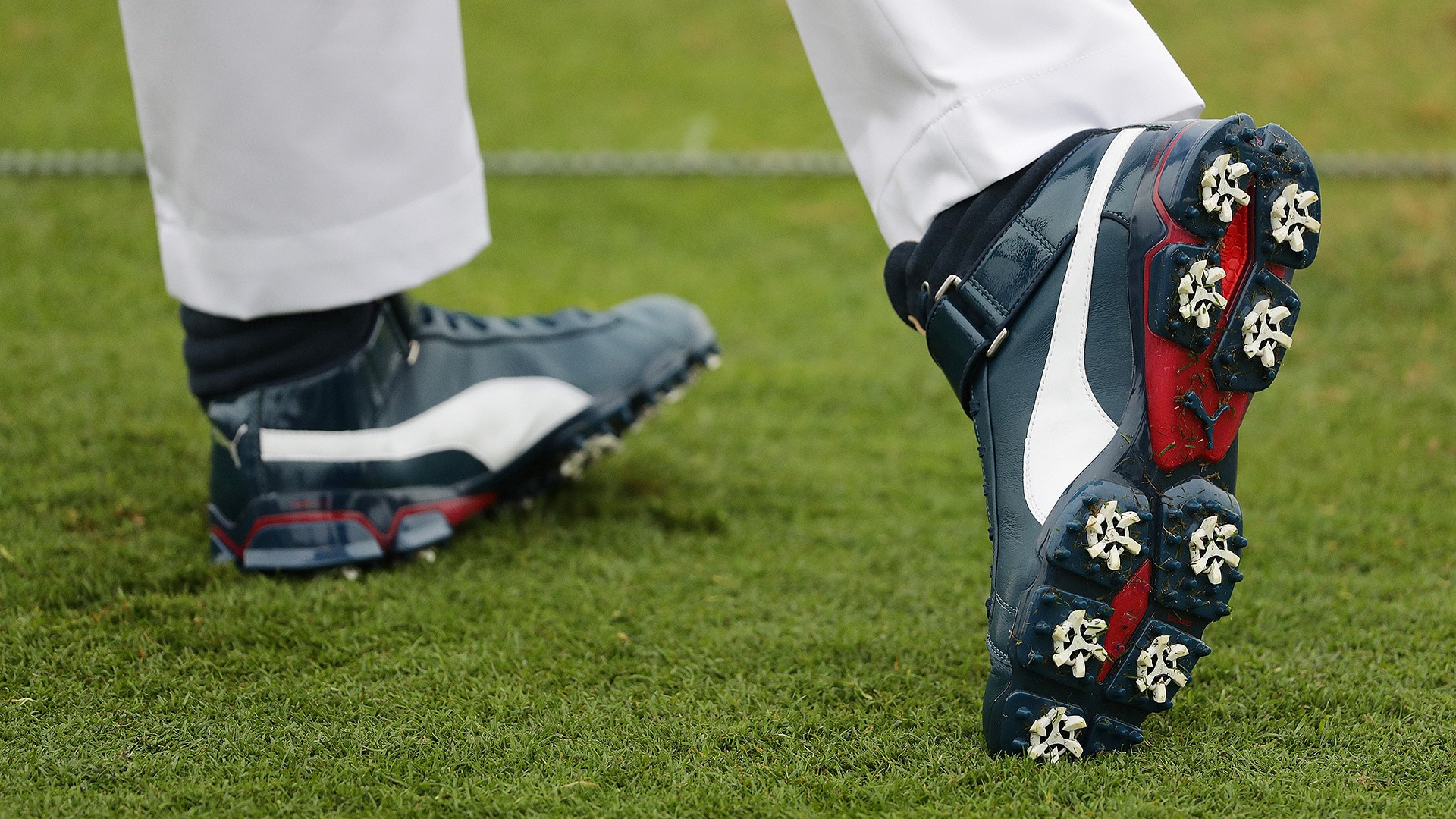 Golf shoes with metal spikes have been around since – at least – the days of Old Tom Morris. In an 1857 issue of a Scottish publication, “The Golfer’s Manual,” novice golfers are advised to wear sturdy shoes "roughed with small nails or sprigs," so as not to slip on wet ground.

Hobnails were replaced by screw-in spikes in 1891, and they remained the standard for more than a century. But not everyone was a fan. While spikes helped players stay anchored during their swings, they weren’t so benevolent at other times. The minuscule, shallow holes they poked in greens were the bane of players and course superintendents alike. And golf’s ruling bodies strictly forbade fixing spike marks in the line of a putt, reasoning that players should fix them AFTER they had holed out.

Metal spikes were especially dangerous to greens in times of frost, which led some courses to ban them, at least in cold weather. Those were the circumstances that existed in 1992, when nonmetal cleats first took on mighty metal spikes. A quarter of a century later, metal spikes are almost nonexistent. Some Tour players still wear them – old habits die hard – but it’s a rare course that will let anyone else on the grounds with metal underfoot.

"From a playability standpoint, it's been huge," said Peter Grass, superintendent at Hilands Golf Club in Billings, Mont., and president of the Golf Course Superintendents Association of America.

The first blows in this footwear war were struck by a company called Softspikes, founded by Ernie Deacon and Faris McMullin in Boise, Idaho. Deacon managed the Warm Springs Golf Course in Boise, and was looking for an alternative to metal spikes that golfers could wear for playing in winter. He asked McMullin, a local inventor, for help. McMullin came up with a prototype, which originally was intended only for use on the Warm Springs course. But the fortunes of the company changed when a Jackson Hole, Wyo., man named Bill Ward acquired a set of the cleats during a promotion. He liked them so much that, along with partner Myron Gerber, he bought the company and moved its headquarters to Rockville, Md.

The new owners marketed their product by providing free cleats to courses if those facilities would agree to ban metal spikes. Most courses eager to reduce or eliminate damage by spikes to greens, wooden bridges and pathways and even the floors of golf carts, went along. Shoe companies, such as industry leader FootJoy, began making the alternative cleats their standard footwear option. You could still get metal, but you had to ask for it.

Today, there are several companies in the alternative-cleat market, but the future of the product is cloudy. The production of “aggressive” cleats, which are designed to improve traction, has led to calls for their ban by superintendents who claim that the new versions penetrate the turf, which was the problem with metal spikes to begin with.

But no matter what happens with alternative cleats, one thing seems crystal clear: Metal isn’t coming back.