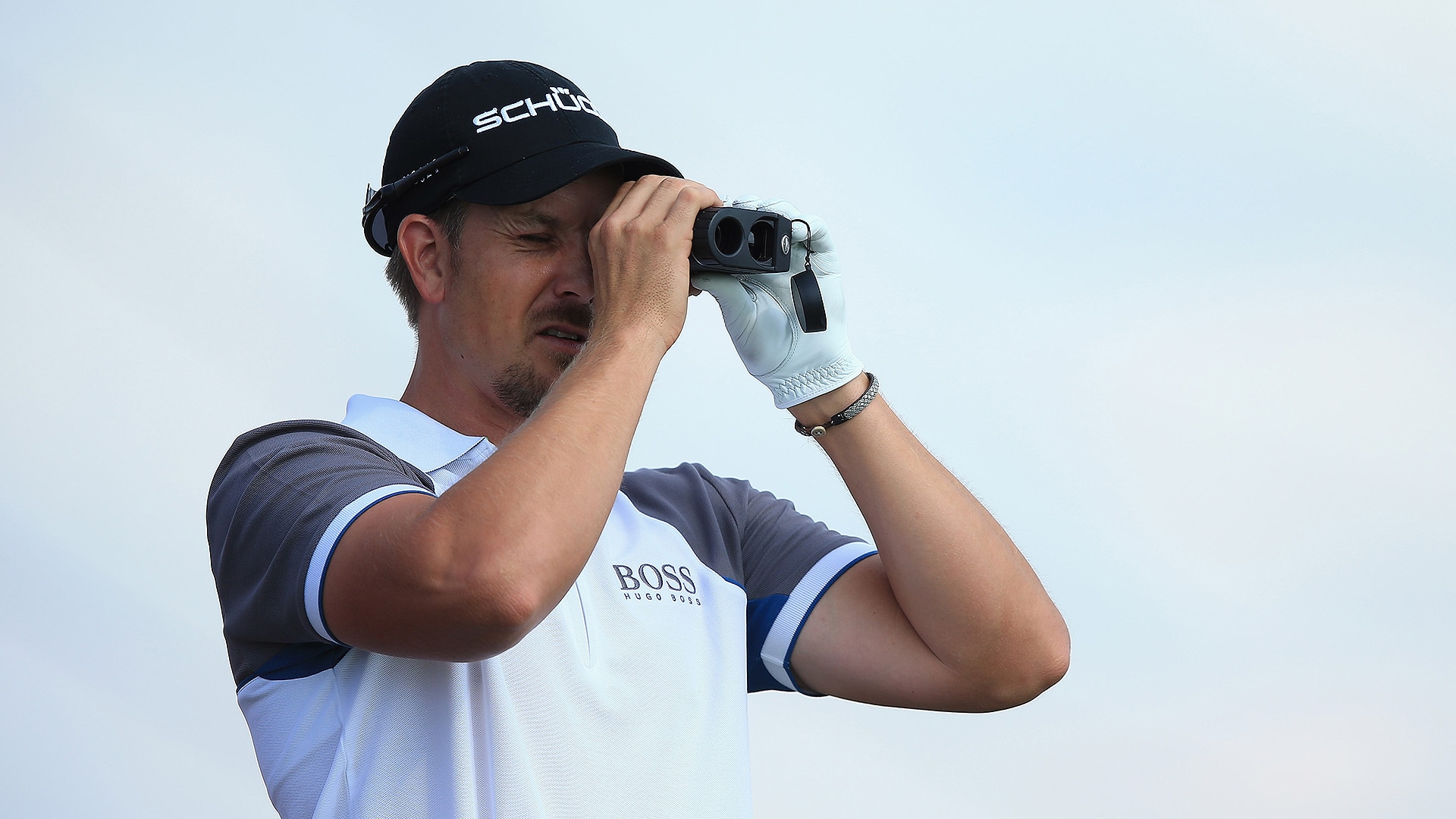 Distance-measuring devices – also known as rangefinders – weren’t invented specifically for golf, but they might as well have been.

“Our primary intention was for hunting,” said Jason Seeman, director of sales for Bushnell Golf, a pioneer in golf rangefinders.

“Then the thought was, ‘This could work for golf as well,’ so in 1995 we introduced our first rangefinder for golf, the Yardage Pro 400.”

That first rangefinder represented a massive technical leap, but it also was … well … massive.

“That first one was the size of General Patton’s binoculars,” Seeman said. “And it was sometimes hard to hit a flag from 200 yards away.”

Still, the ability for players to accurately measure distances could not be underestimated. For the weekend hacker, it was like having a professional caddie helping with club selection. (And those professional caddies were now able to get yardages much more easily than before.)

Technology shrank the size of the units as well as providing advanced features. In 2005 Bushnell introduced its Pinseeker technology, which isolated flags, and implemented technology that used an inclinometer (a device for measuring the angle of inclination or slope) to take into account slope in ascertaining the distance that a particular shot would actually play. In 2011, Bushnell’s Hybrid combined laser and GPS technology that golfers could use to determine the distances to the front, center and back of each green while having the option to laser a particular target.  By 2013, Bushnell’s Jolt technology (a vibration to confirm when you hit the flag) was introduced.

“Nowadays, you can hit any target from any distance, down to six to nine inches, over a mile away,” Seeman said.

While recreational players have been free to utilize this technology, tournament players – amateurs and pros alike – have been limited. Distance-measuring devices are banned on the major pro tours and in the major Open championships. In a joint action with the R&A, the USGA did approve in 2014 the use of them in all amateur championships and qualifying events. Since 2006 their use had been accepted through local rules.

The USGA has not allowed the use of slope-measuring devices, but in 2016 Bushnell introduced a Slope Switch feature which allows the user to turn off the slope option.

Whether your preference is a laser that you can sight on a flagstick or a GPS unit that notes all of a hole’s features, distance-measuring devices can make your trek around the course a lot easier.