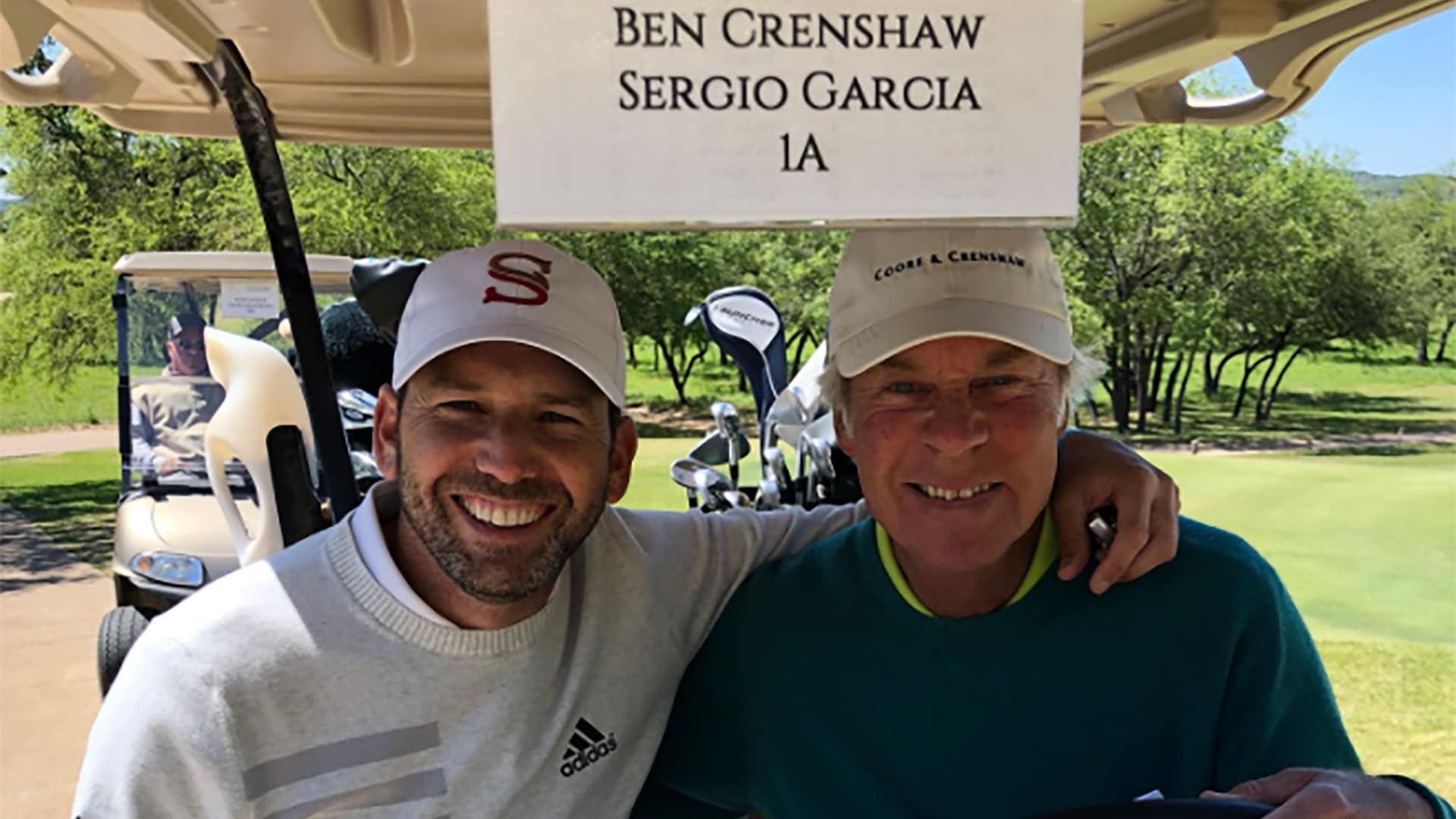 Imagine spending weeks preparing for a tournament at your home club, only to show up on the day of the event and realize your competition has three green jackets at its disposal.

Such was the plight of the poor souls who participated in the member-member tournament at Austin Golf Club over the weekend, where one particularly skilled duo included two-time Masters champ Ben Crenshaw and last year's champ, Sergio Garcia:

Crenshaw co-designed Austin Golf Club, not to be confused with Austin Country Club across town which annually hosts the PGA Tour's WGC-Dell Technologies Match Play. Garcia's wife, Angela, has ties to Austin which has led the Spaniard to spend more time in the area in recent years.

Crenshaw reportedly played off a 0 handicap, while Garcia played to a plus-5. Unsurprisingly, they managed to combine for the victory:

Sergio was playing as +5, Ben 0. And yes, they won. pic.twitter.com/y0iXtH2SqR

No word yet on whether or not Garcia and Crenshaw will pair up to create a champions' dinner menu before defending their title next year.