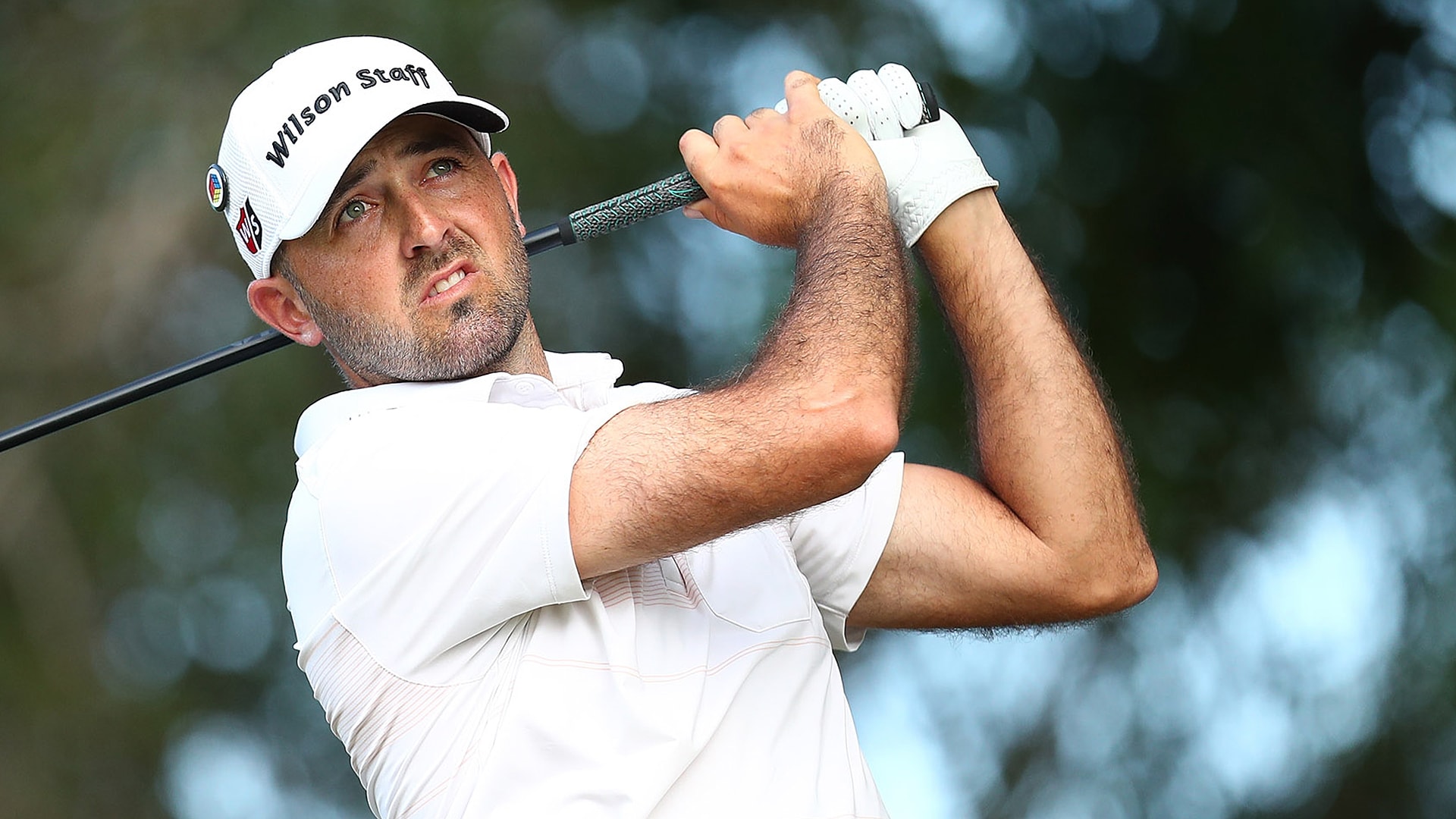 Hours after television cameras caught him throwing a putter cover at his caddie in disgust, Web.com Tour pro Rhein Gibson took to Twitter to apologize for his actions.

Gibson and his caddie, Brandon Davis, were in the spotlight on the final hole of the Bahamas Great Abaco Classic. Gibson was one shot off the lead but hooked his approach to the par-5 closing hole into rocks within a greenside hazard.

The 31-year-old Aussie took a penalty drop and appeared to have a chance to chip in for birdie to force a playoff. But tournament officials also added a one-shot penalty because they said it was Davis, not Gibson, who identified and picked up the ball out of the hazard. The extra stroke led to a bogey and ultimately dropped Gibson from a two-way tie for second into solo third place, a difference of $12,000.

It was in the wake of the additional penalty stroke that a heated Gibson threw his putter cover at Davis after taking the club out of his own bag:

Unfortunately my caddy was involved with a ruling on the 18th that caused me to fall from t2 to 3rd. My actions were less then professional and I apologize to my caddy and those that took offense to my behaviors.

The penalty in question falls under Rule 18.2, but Davis weighed in on Twitter to share his side of the story and explain his belief that the penalty was incorrectly applied.

"Here's exactly what happened," Davis tweeted. "Ball was dead underneath two rocks and I told (Gibson) about it and (Gibson) said "f***" and turned around stopped looking and walked back to the bag. The Tour official actually found the unhittable ball. I then went over and quickly retrieved it. 100% fact."

Davis claimed that Decision 26-1/9 absolved the duo from penalty, since it stipulates that there is no penalty under Rule 18-2 "if there was no doubt or it was reasonable to assume from the player's actions or statements that he would make his next stroke from outside the water hazard."

I was the caddy... the rules official screwed up, nothing wrong with what I did. Decision 26.1/9. Unfortunate all around.

The same decision notes that "in such cases, any doubt should be resolved against the player."

Davis had caddied for Gibson each of the first two weeks of the new Web.com Tour season, but according to Davis he was "fired on the spot" by Gibson in the wake of Wednesday's incident.