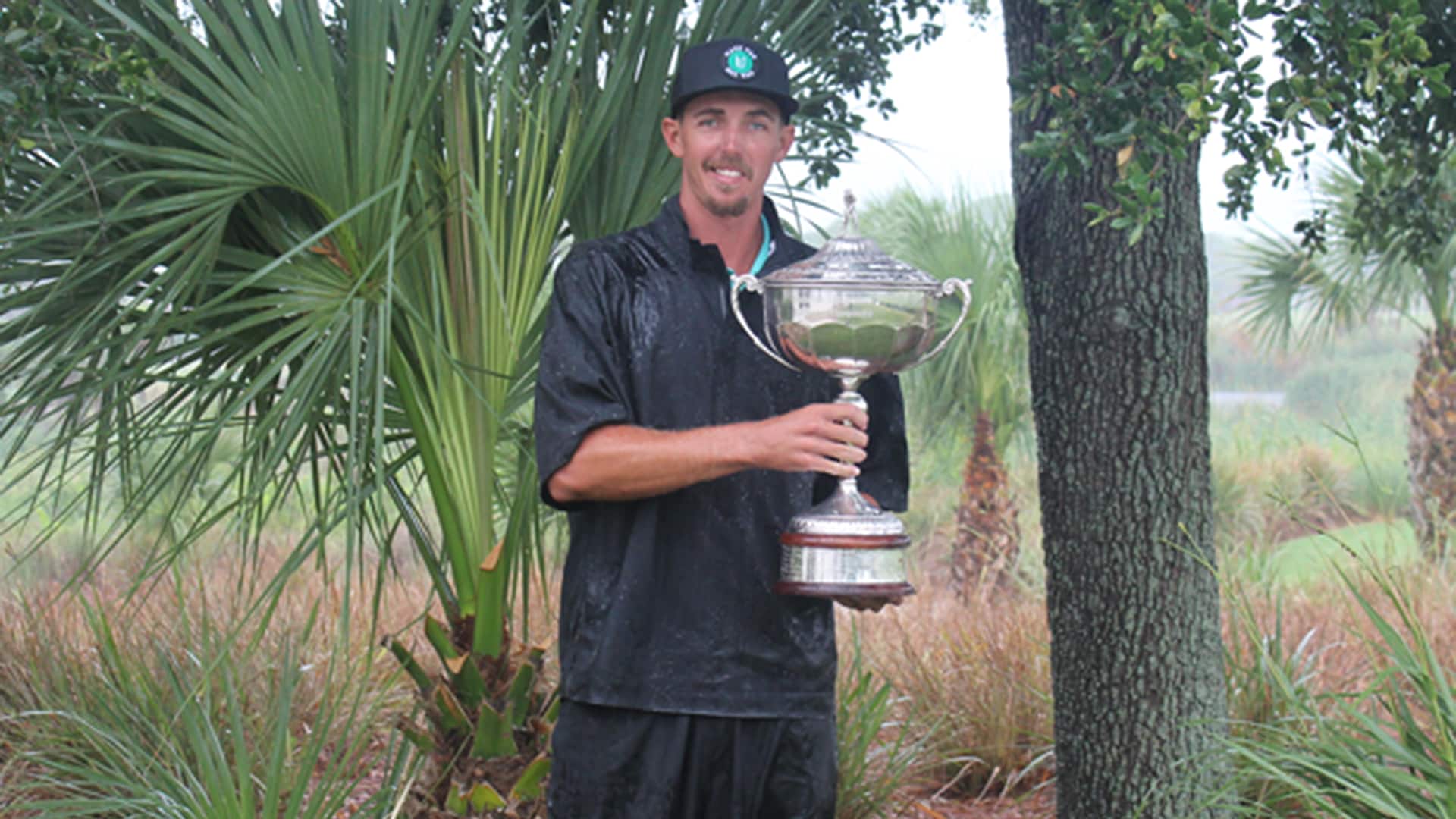 Florida State Golf Association
In a one-paragraph post on its website, the Florida State Golf Association declared Marc Dull the winner of the 37th Mid-Amateur Championship on May 13 after his opponent – in a tie match with two holes to go – was unable to return because of an “unfortunate injury” sustained during a lengthy weather delay. Left unreported was what allegedly happened. According to a police report obtained by GolfChannel.com, the Charlotte County Sheriff’s Office received a call that afternoon from Dull’s opponent, Jeff Golden, who claimed that he’d been assaulted in the parking lot at Coral Creek Club, the tournament host site in Placida. In a statement provided to police, Golden said that he was sucker-punched in the face by Dull’s caddie, Brandon Hibbs. With tensions already running high because of what he perceived as breaches of etiquette by his opponents, Golden informed the rules official in the group that he believed Hibbs’ statement constituted advice. The penalty was a loss of hole, giving Golden a 2-up lead at the turn. At that point, Hibbs told police, he recused himself and returned to the clubhouse. Dull and Golden continued their match, heading to the 17th hole all square when they were pulled off the course because of inclement weather. Golden told police that he headed to the parking lot at 2:45 p.m. to retrieve some dry clothes from his car when Hibbs “approached him, apologized, then punched him on the left side of the face,” causing him to fall to the ground. “I had a moment where I was happy to see him, because the first thing he said to me was, ‘I want to apologize,’” Golden said last week in a phone interview. “By the time he finished I was being punched.”  -

Jeff Golden has offered more detail on what transpired at the Florida Mid-Amateur Championship, writing in a long statement on Twitter that Marc Dull’s caddie was “inebriated” before he allegedly sucker-punched Golden in the face.

In a story first reported by GolfChannel.com, Charlotte County Police responded to a call May 13 after Golden claimed that he’d been assaulted by his opponent’s caddie in the parking lot of Coral Creek Club, where he was competing in the Mid-Am finals. Golden told police that the caddie, Brandon Hibbs, struck him because of a rules dispute earlier in the round. Hibbs denied any involvement, and police found no evidence of an attack.

Golden posted a 910-word statement on the alleged incident on his Twitter account on Thursday night. He said that he wanted to provide more detail because “others have posed some valid questions about the series of events that led to me withdrawing” from what was an all-square match with two holes to play.

Golden wrote that both Dull and Hibbs were rude and disruptive during the match, and that “alcohol appeared to be influencing [Hibbs’] behavior.”

Dull, who caddies at Streamsong Resort in Florida, did not immediately respond to a request for comment.

“I’ve never seen an opposing caddie engage in so much conversation with a competitor,” Golden wrote. “On the eighth hole I had become extremely frustrated when my opponent and caddie were talking and moving. I expressed my disappointment with their etiquette to the rules official in our group.”

On the ninth hole, Golden informed the official that he believed Hibbs had broken the rules by offering advice on his putt. Golden won the hole by concession to move 2 up at the turn, and Hibbs removed himself from the match and returned to the clubhouse.

Golden wrote that after the penalty, the match “turned even nastier, with more negative comments from my opponent on the 10th tee.” He added that he conceded Dull’s 15-foot birdie putt on No. 10 because he was “sick of the abuse from my opponent, and I wanted the match to resemble what you would expect of a FSGA final.”

Though there were no witnesses to the alleged attack and police found little evidence, save for “some redness on the inside of [Golden’s] lip,” Golden wrote that the inside of his mouth was bleeding, his face was “throbbing” and his hand was also injured from bracing his fall. X-rays and CT scans over the past week all came back negative, he said.

Golden reiterated that he was disappointed with the FSGA’s decision to accept his concession in the final match. He had recommended that they suspend the event and resume it “at a later time.”

“The FSGA has one job, and that’s to follow the Rules of Golf,” Golden wrote. “Unfortunately, there’s no rule for an inebriated ‘ex-caddie’ punching a player in a match-play rain delay with no witnesses.”

Asked last week about his organization’s alcohol policy during events, FSGA executive director Jim Demick said that excessive consumption is “highly discouraged, but it falls more broadly under the rules of etiquette and player behavior.”

Dull, 32, was back in the news Wednesday, after he and partner Chip Brooke reached the finals of the U.S. Amateur Four-Ball Championship. They lost to high schoolers Cole Hammer and Garrett Barber, 4 and 3. 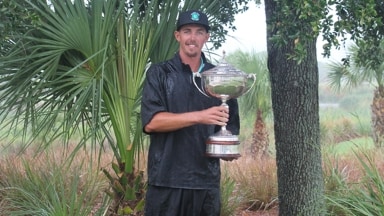 The Florida Mid-Amateur had a bizarre conclusion when a finalist claimed he was sucker-punched by his opponent's caddie.