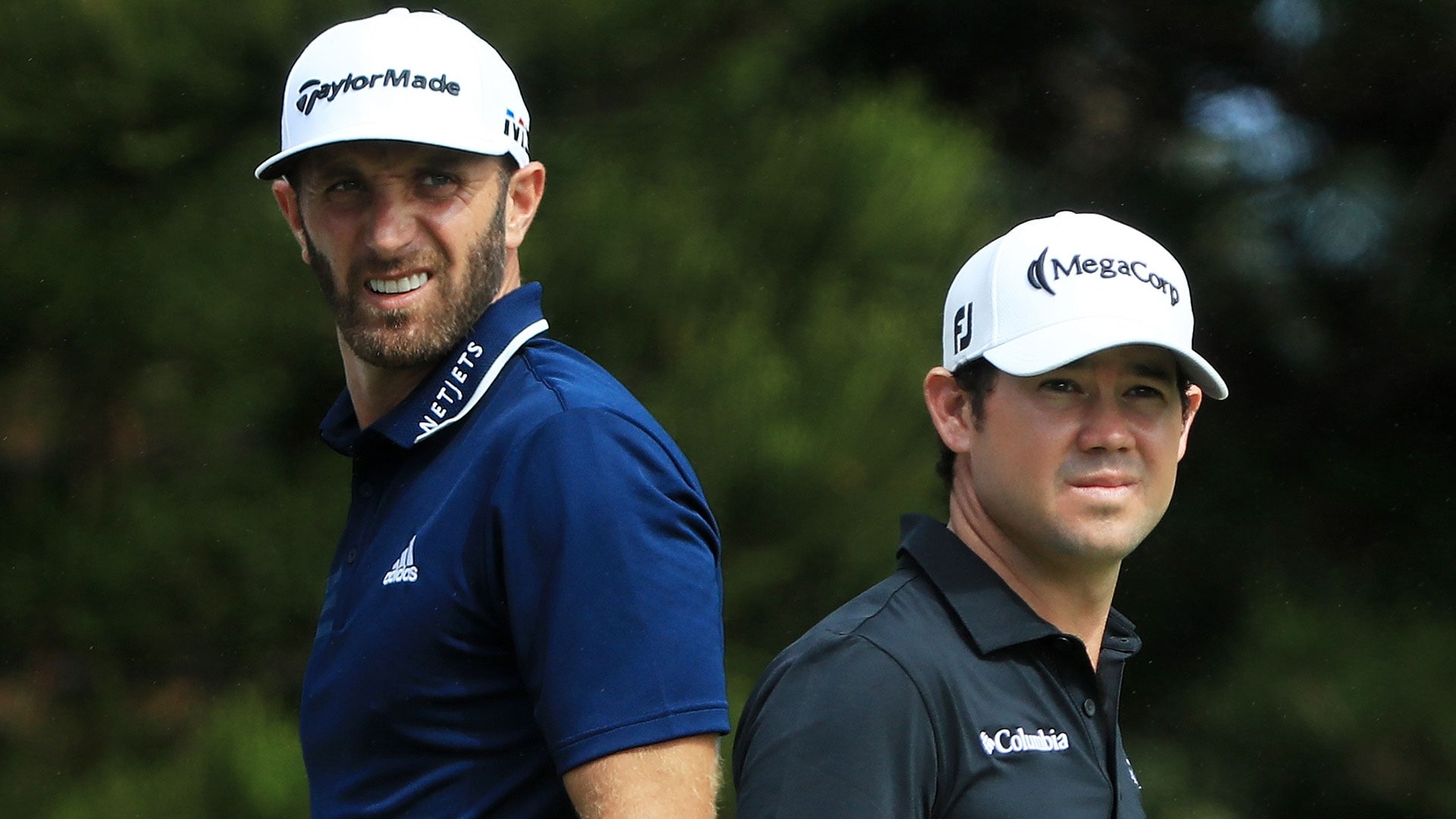 CHARLOTTE, N.C. – Brian Harman already had a victory on the PGA Tour and had proven himself a regular contender among the game’s best, but last year’s triumph at the Wells Fargo Championship was different.

“That one was extremely gratifying just because it felt like it had been so long and I had been playing really well and knocking on the door,” Harman said. “That's kind of how it seems to happen. But to win in that fashion, that's something that you think about all the time.”

Harman, who began the final round two strokes off the lead, closed with a 68 to beat world No. 1 Dustin Johnson and Pat Perez by a shot.

It was a dramatic victory at Eagle Point Golf Club in Wilmington, N.C., which hosted the event last year, that was capped off by a 28-footer for birdie at the 72nd hole and propelled Harman to his first start at the Tour Championship.

It also led to an interesting text exchange between Harman and Johnson, who had won his previous three starts heading into the 2017 Wells Fargo Championship.

“We’re pretty good friends, so he texted me, ‘Nice putt [at the 72nd hole],’” Harman recalled on Tuesday at Quail Hollow Club. “I texted him back and said, ‘I didn’t want anything to do with you in a playoff.’”

Johnson’s response to that was, “No, you didn’t.”