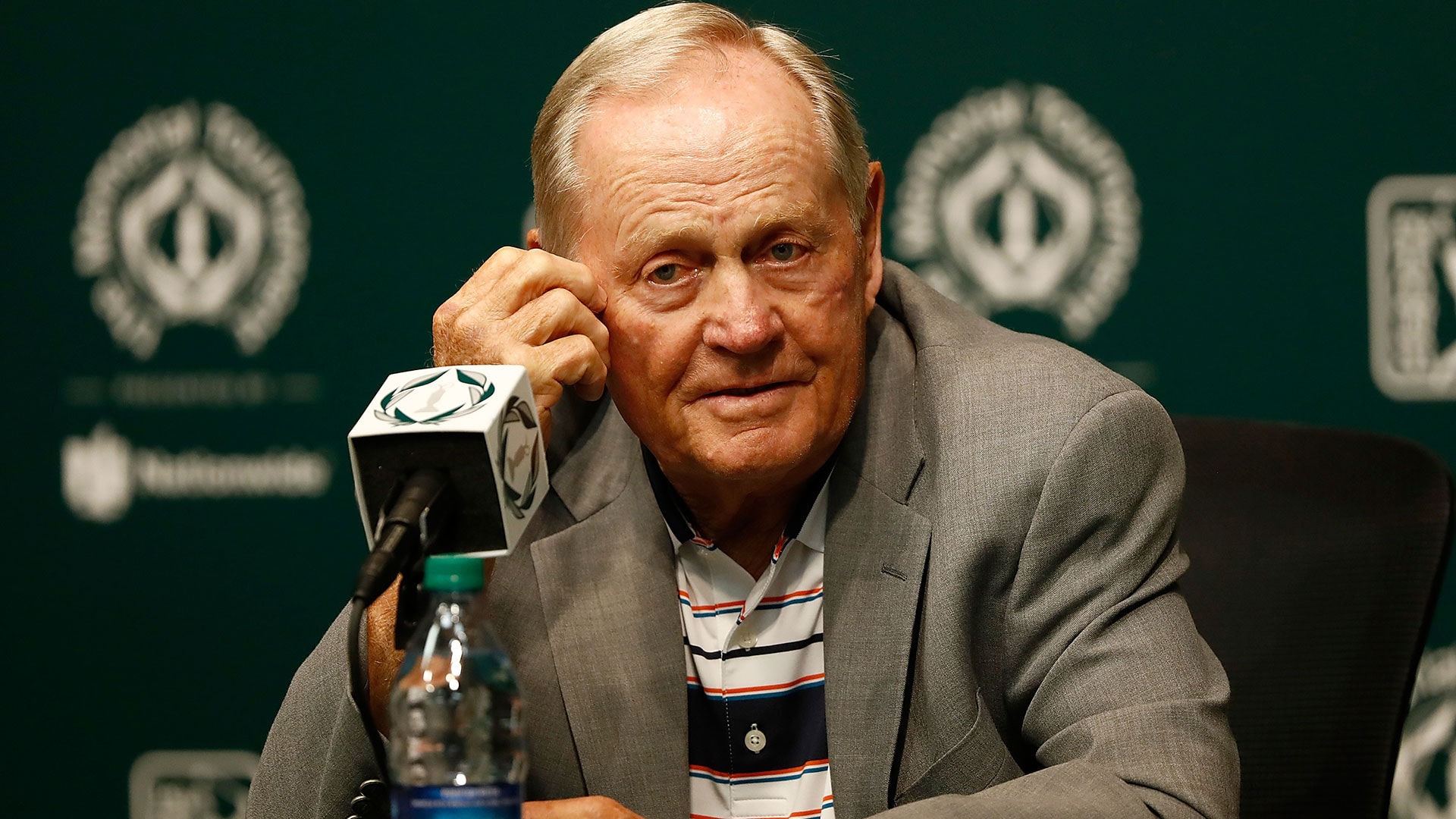 DUBLIN, Ohio – Just four days before Tiger Woods underwent fusion surgery on his back, Jack Nicklaus says Woods was in “excruciating” pain and couldn’t “stand up for 10 minutes.”

Speaking at Muirfield Village in his annual address ahead of The Memorial, Nicklaus offered a new look at Woods’ health in the days leading up to the 14-time major winner’s latest back procedure.

Nicklaus said Tuesday he has been imploring Woods to work with his physical therapist Pete Egoscue ever since he watched Woods win the 2008 U.S. Open on a broken leg.

“He couldn’t accept weight into his right hip,” Nicklaus said. “And I told him I thought it would benefit him to see Pete and help his longevity and help him physically.

And after trying once again, nine years later, at this year’s Masters Champions Dinner, Nicklaus finally convinced Woods to reach out.

“He said, ‘I’m really hurting,” Nicklaus said, recounting their conversation. “I said, ‘Tiger, I know you’re hurting. I’ve been trying to get you to Pete.’ He says, ‘I’m ready.”

The pair met for two hours in Florida a week later but Woods was in rough shape.

“Pete worked with him, and [Tiger] had his trainer with him, and the trainer asked some very good questions. He was quite knowledgeable,” Nicklaus said.

“[Pete] called me and he said, ‘He (Woods) won’t be back. … He can’t stand up. He can’t stand up for 10 minutes. He’s gotta sit back down. His pain is too excruciating. … I can take him out of this, but it will take another three of four sessions.’ [Pete] said he’s got to be patient. And four days later he was operated on.”

After withdrawing from the Omega Dubai Desert Classic, Woods waited until the Friday before the Masters to announce that he’d miss the season’s first major for the third time in four years. Woods did show up to Augusta National for the Champions Dinner, where he talked with Nicklaus, and was convinced to reach out to Egoscue.

Two weeks later, he would shock the golf world, announcing his fourth back surgery, an anterior lumbar interbody fusion.

For his part, Nicklaus believes – like so many others – that Woods’ workout regimen led to his body’s deterioration.

“When he won the ’97 Masters, he was a fairly skinny, supple young man that matter how he swung it, nothing was going to get in the way,” he said. “As he got bigger and stronger, I personally think those muscles cause a change in what you do. And you don’t have the forgiveness within your body for that. …

“It’s very difficult to play golf and do the things he does without a drastic change of his golf swing after a fusion operation. I mean I wish him well. I hope he plays. The Tour needs him, and The Tour would love to see him come back."