DJ does enough to retain No. 1 ranking at RBC 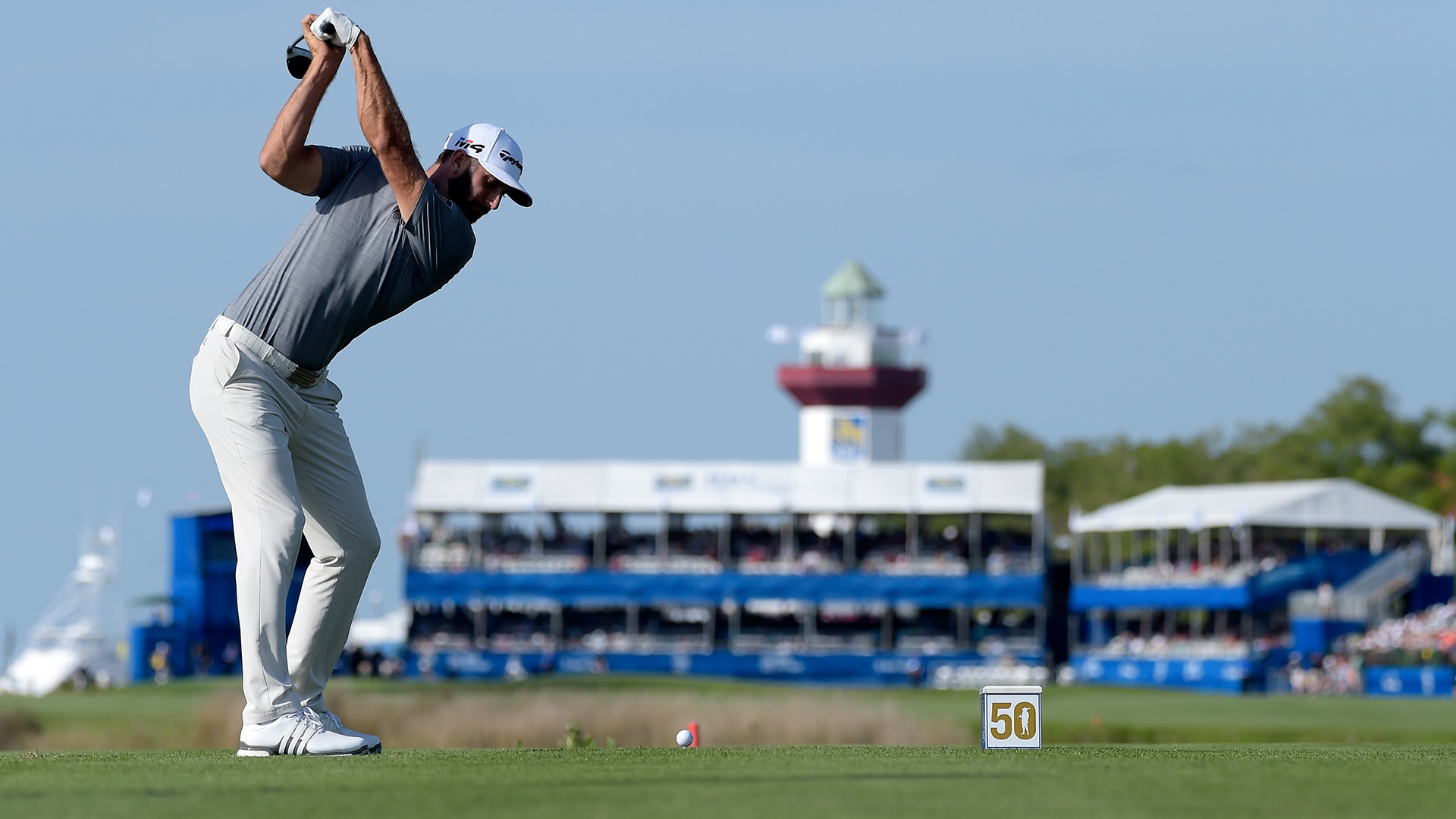 Dustin Johnson didn't contend for the title this weekend at the RBC Heritage, but he did just enough to ensure that he'll retain the world No. 1 ranking over an idle Justin Thomas.

Johnson entered the final round at Harbour Town outside the top 40, and had he finished 32nd or worse the arithmetic of the world ranking divisor would have allowed Thomas to pass him after the Zurich Classic later this month. Instead, he closed with a 4-under 67 to finish the week in a tie for 16th at 7 under.

"I played the golf course tee to green pretty well. I struggled on the greens a bit," Johnson told reporters. "Other than that, if I putt well, I should be right up there with a chance to win, for sure, because I played well enough."

Johnson went to college at nearby Coastal Carolina, but he was making his first appearance on Hilton Head Island since consecutive missed cuts in 2008 and 2009.

Johnson has held the top spot since winning the Genesis Open in February 2017, and his result this week ensures that his run at No. 1 will extend to at least 62 weeks - a longer stint than Seve Ballesteros, and behind the No. 1 runs of only Tiger Woods, Greg Norman, Nick Faldo and Rory McIlroy.

Johnson admitted that the No. 1 ranking is "sometimes" a part of his thinking during a tournament, but he kept any concerns at bay during Sunday's final round that included six birdies.

"I want to play as good as I can, and I want to feel like my game is in really good form, which it is right now," Johnson said. "I've got a few weeks off, so I'm going to spend a lot of time on the putting green. I feel like I'm swinging it really well, wedging it really good. So every part of my game is going really well, I'm just not making as many putts as I'd like to."