Kang would love to win a title in the 'motherland' 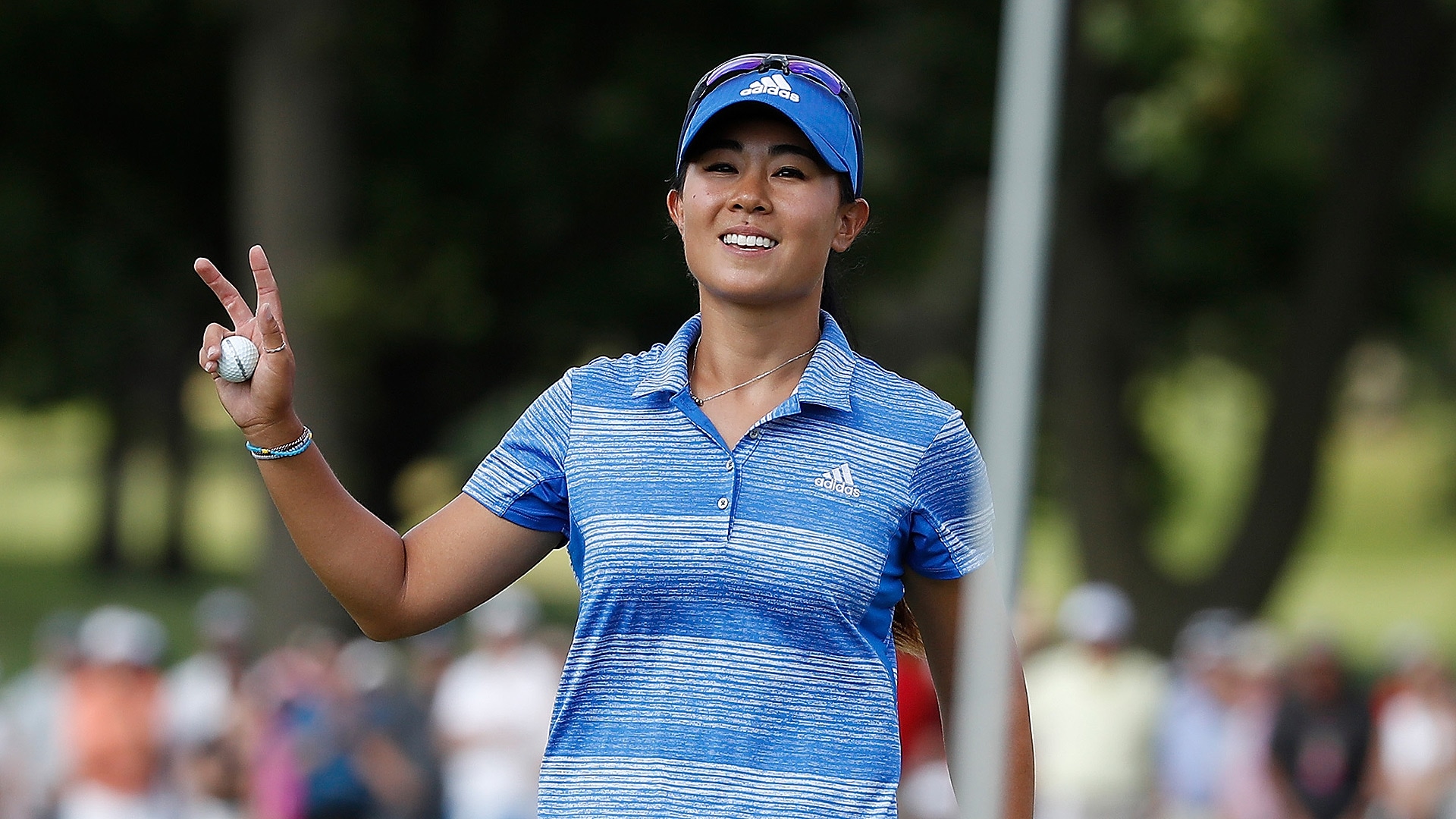 Danielle Kang was born in San Francisco, but she says South Korea holds a special place in her heart as her parents’ homeland.

In fact, while preparing for this week’s KEB Hana Bank Championship in Incheon, she told the Yonhap News Agency that she calls it the “motherland.”

Kang, a two-time U.S. Women’s Amateur champ, broke through earlier this year to win the KPMG Women’s PGA Championship as her first LPGA title. She would relish winning in South Korea.

“Every year, I just can’t wait for this tournament,” Kang told Yonhap News. “This is my favorite tournament after the KPMG Women’s PGA and the U.S. Women’s Open. I absolutely love Korea. I love the fans here. They’re so passionate, and I feed off their energy.”

Kang, 24, who speaks fluent Korean, lost her father, K.S., to cancer four years ago. K.S., a telecommunications executive in South Korea, was on Danielle’s bag as her caddie when she won the U.S. Women’s Amateur in 2010 and ’11.

Kang said winning this year came with emotions that lingered after her last putt fell at Olympia Fields. She confessed her gas tank was empty for a spell after that.

“Not winning while my dad was alive has been the biggest regret,” she said.

With so much expected of her after the U.S. Women’s Amateur wins, she said there was pressure to live up to the hype after joining the LPGA.

“Finally, winning, I could breathe again,” Kang said. “I am free. I love golf, and I want to play, but it’s been an obsession. Now there’s inner happiness.

“People say they get a monkey off their back. This was a gigantic rhinoceros, elephant, mammoth off my back.”

Kang missed three cuts in a row after winning the Women’s PGA Championship. She was a Solheim Cup star helping the Americans win, but she remains in search of her first top-10 finish since her victory.

“Winning the major was great, but, honestly, I wasn’t ready to compete afterward,” she said.

She enters this week in Incheon coming off a pair of top-25 finishes in her last two starts.