Lewis hopes to win at Volvik with baby on the way 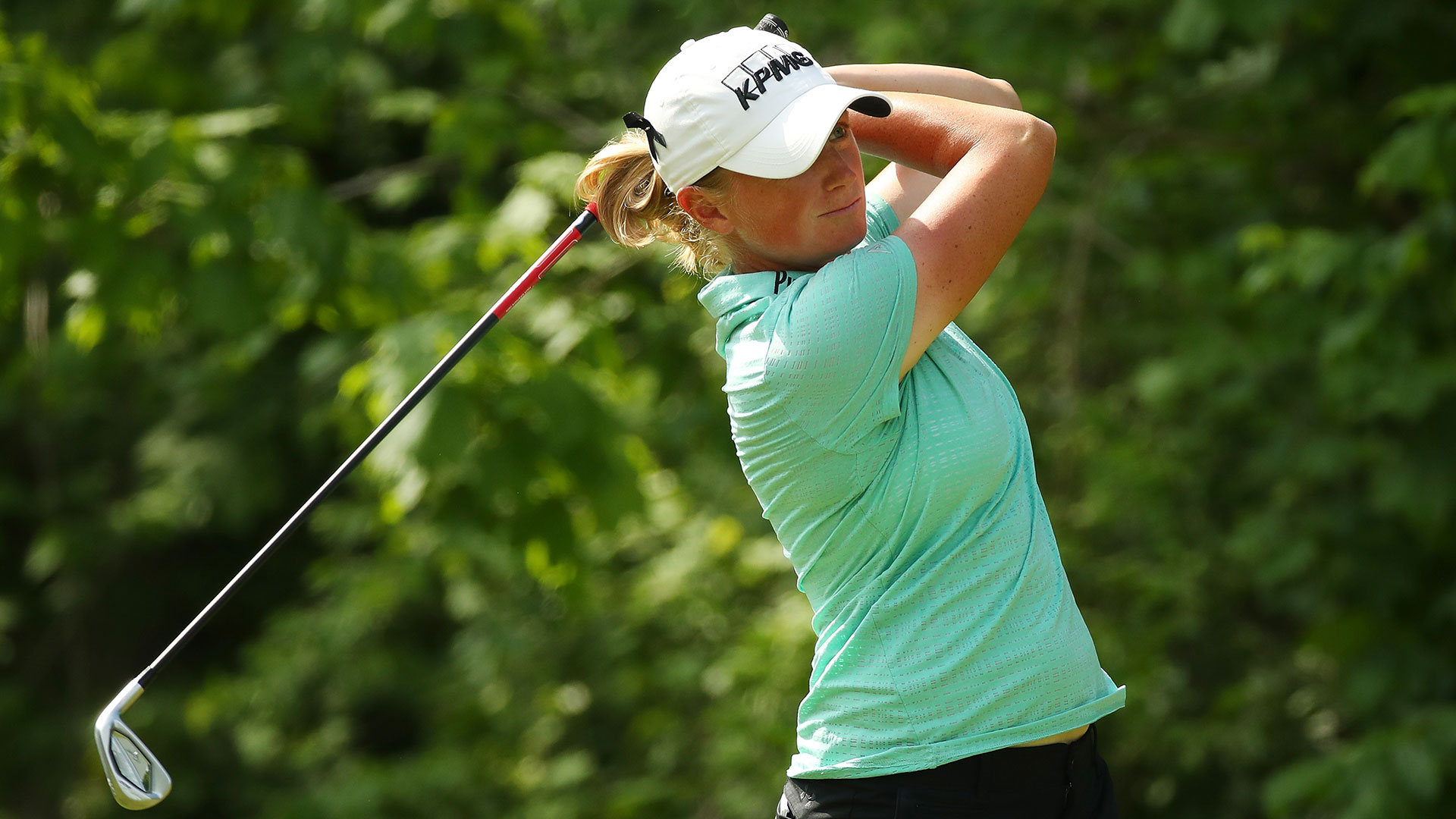 Stacy Lewis was listening to more than her caddie on her march up the leaderboard Saturday at the Volvik Championship.

Pregnant with her first child, she is listening to her body in a new way these days.

And she could hear a message coming through loud and clear toward the end of her round at Travis Point Country Club in Ann Arbor, Mich.

“The little one was telling me it’s dinnertime,” Lewis said.

Lewis birdied five of the last six holes to shoot 5-under-par 67 and move into position to make a Sunday run at winning her 13th LPGA title. She is two shots behind the leader, Minjee Lee, whose 68 moved her to 12 under overall.

Sunday has the makings of a free for all with 10 players within three shots of the lead.

Lewis, 33, is four months pregnant, with her due date Nov. 3. She’s expecting to play just a few more times before putting the clubs away to get ready for the birth. She said she’s likely to make the Marathon Classic in mid-July her last start of the season before returning next year.

Of course, Lewis would relish winning with child.

“I don’t care what limitations I have or what is going on with my body, I want to give myself a chance to win,” she told LPGA.com at the Kingsmill Championship last week.

Lewis claimed an emotional victory with her last title, taking the Cambia Portland Classic late last summer after announcing earlier in the week that she would donate her entire winnings to the Hurricane Harvey relief efforts in her Houston hometown.

A victory Sunday would also come with a lot of emotion.

It’s been an interesting year for Lewis.

There’s been the joy of learning she’s ready to begin the family she has been yearning for, and the struggle to play well after bouncing back from injury.

Lewis missed three cuts in a row before making it into the weekend at the Kingsmill Championship last week. That’s one more cut than she missed cumulatively in the previous six years. In six starts this year, Lewis hasn’t finished among the top 50 yet, but she hasn’t felt right, either.

The former world No. 1 didn’t make her second start of 2018 until April, at the year’s first major, the ANA Inspiration. She withdrew from the HSBC Women’s World Championship in late February with a strained right oblique muscle and didn’t play again for a month.

Still, Lewis is finding plenty to get excited about with the baby on the way.

“I kind of had my first Mother’s Day,” Lewis told LPGA.com last week. “It puts golf into perspective. It makes those bad days not seem so bad. It helps me sleep better at night. We are just really excited.”