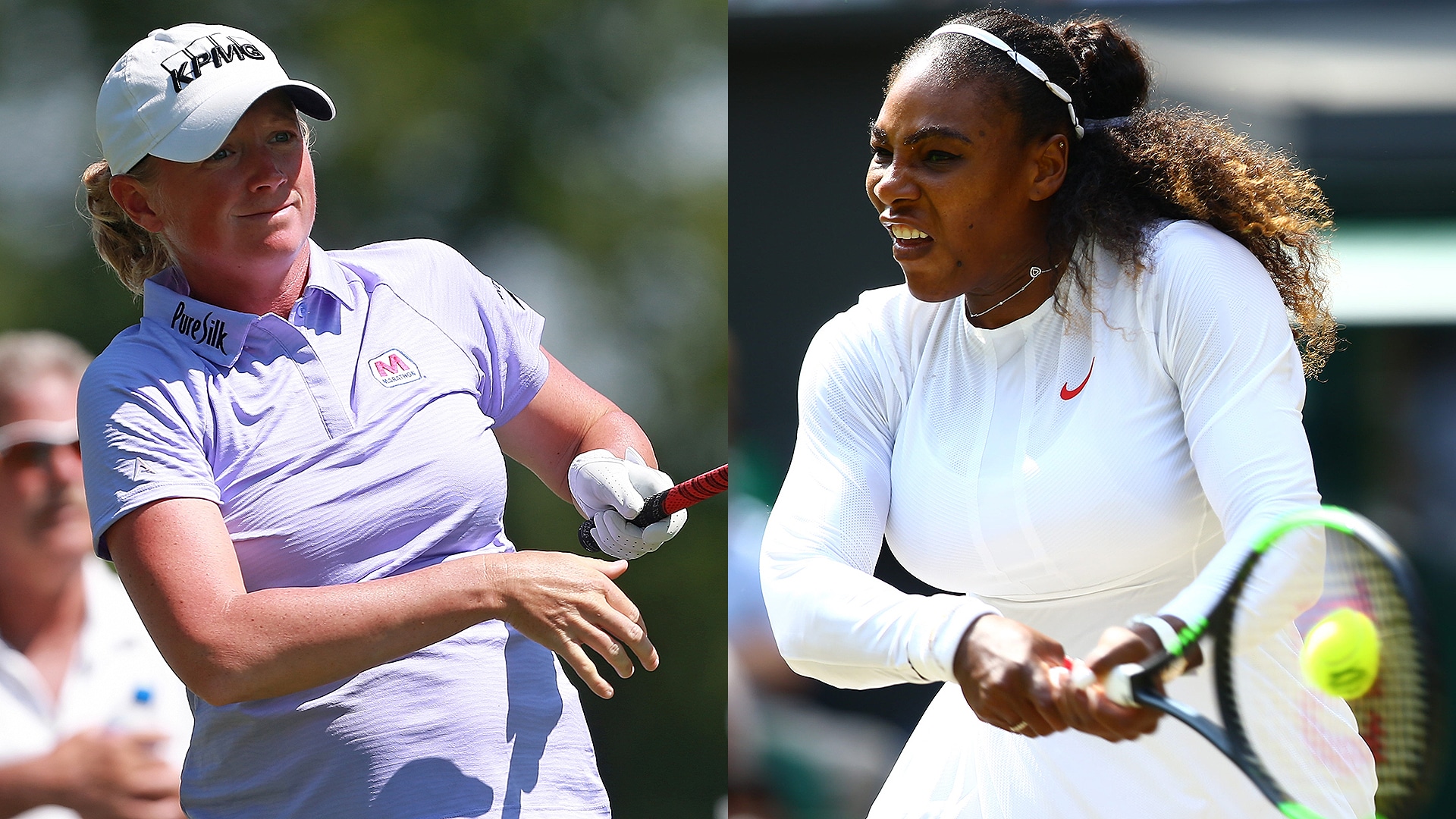 Stacy Lewis is inspired by Serena Williams’ run at winning an eighth Wimbledon.

Lewis is making her last start of the year at this week’s Marathon Classic before taking time off to prepare to give birth to her first child, a daughter. Lewis is due in November.

Williams won her semifinal match Thursday to advance to Saturday’s final against Angelique Kerber. Williams is seeking her eighth Wimbledon title just 10 months removed from giving birth to her first child, who came in a difficult delivery that left Williams dealing with blood clots and a medical crisis.

Williams is seeking her 24th Grand Slam title in just her fourth start since giving birth.

“This is not inevitable for me,” Williams told reporters after her semifinal victory. “I had a really tough delivery and multiple surgeries and almost didn’t make it, to be honest. I couldn’t even walk to my mailbox. So, it’s definitely not normal for me to be in a Wimbledon final.

Lewis, who opened with a 3-under-par 68 Thursday, leaving her just three shots off the lead, is paying attention to Williams’ impressive return to tennis.

Lewis is playing around her emerging baby bump with a special caddie this week. Her husband, Gerrod Chadwell, the women’s golf coach at the University of Houston, is on her bag. Her long-time caddie, Travis Wilson, is at the U.S. Senior Women’s Open, toting for his aunt, seven-time LPGA winner Tammie Green-Parker.

How did the husband/caddie deal work?

“We're good,” Lewis said. “It was a little difficult, just to get in a rhythm and figure out how we were going to work together, but got into a rhythm there on the back nine and played some good golf.”

“It definitely feels a little different,” she said. “I noticed a few things today. I had to get the rib cage down, and the hips were kind of going a different direction. So just little things I have to adjust every day. We had made a little adjustment to the putting, because of the belly, little adjustments here and there. But I feel like I can still play some pretty good golf.”