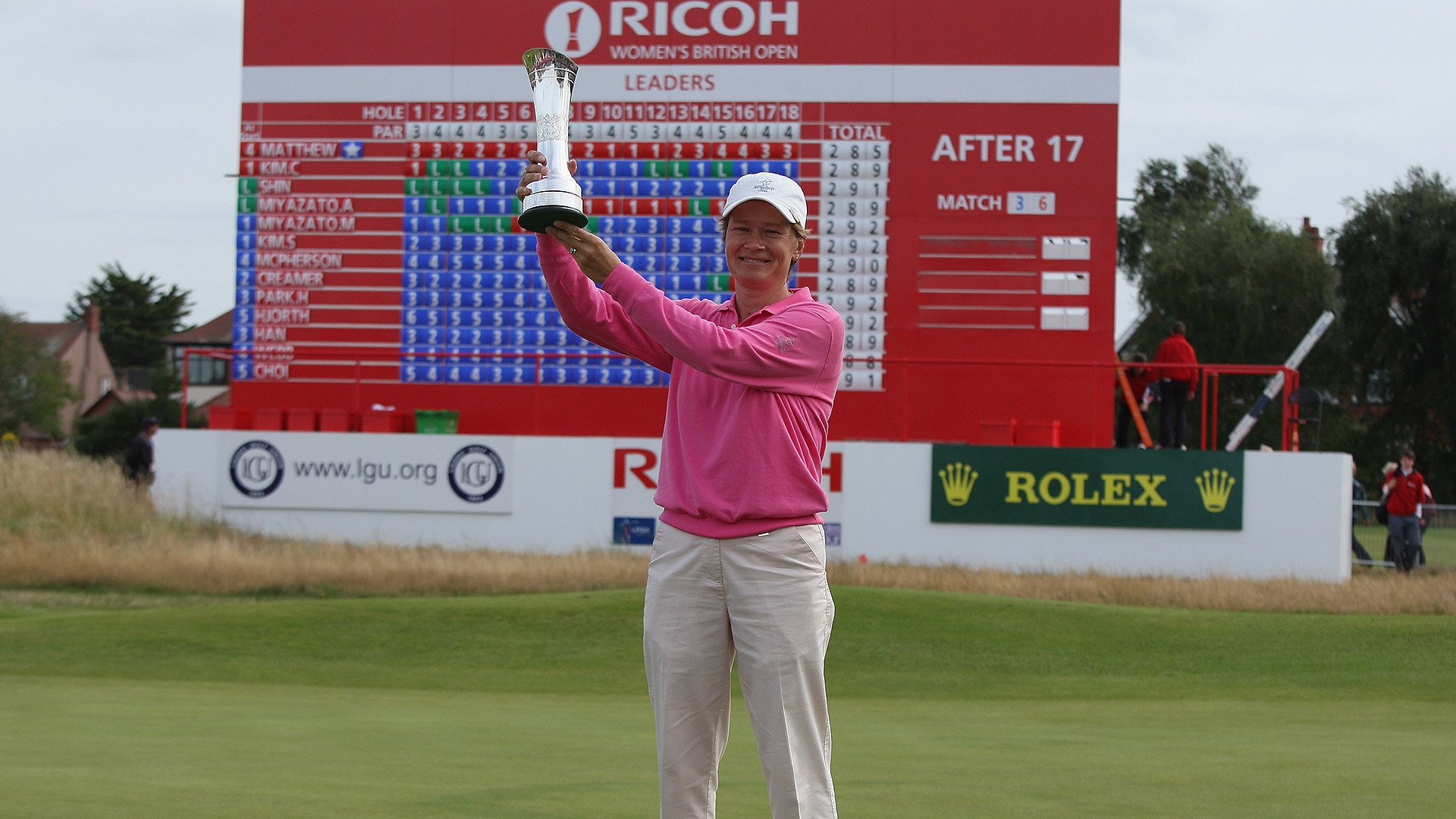 LYTHAM ST. ANNES, England – Catriona Matthew is an inspiration for the players among the baby boom hitting the LPGA today.

Matthew is the last mom to win a major championship.

She won the Ricoh Women’s British Open just 11 weeks after giving birth to her second daughter, Sophie. She won it in 2009 at Royal Lytham & St. Annes, host to the championship again this week.

“At the time, I didn't really, probably, appreciate what a big deal it was,” Matthew said. “But now, looking back, I suppose you can realize what an amazing feat it really was.”

Matthew, Juli Inkster and Nancy Lopez are the only players to win a major championship after becoming a mother in the last five decades or so.

The secret to athletic success as a mom?

“I suppose you just get on with it,” Matthew said. “I was playing golf, looking after Katie and Sophie, but you just kind of mud along, don't you?

“You can see from, obviously, myself, Serena [Williams]. A few of the athletes, as well, have all come back from having children. I think it's beginning to show there's no reason why you can't come back. Certainly, when I had Katie, the first one, it was a concern. I was out for six months, and you do wonder. You perhaps doubt yourself a little. Will I be able to come back?”

Matthew said it didn’t take long after returning to the tour as a mom to feel confident again.

“I think Phoenix was my first tournament back from Katie, and I can remember turning to [husband] Graeme and saying, ‘It feels like I've never been away,’” Matthew said. “I’m not going to say it's easy to come back, because, obviously, you've got other commitments now, but it's possible.”

Matthew, 48, will captain Europe in the Solheim Cup in her native Scotland next year. She remains competitive on the LPGA, and she will be looking to make a run at another Women’s British Open title this week.

“My game has been a little up and down,” Matthew said. “But, yeah, you’ve always got to be positive.”

Matthew will try and defend Solheim Cup in '21

After leading her team to victory in this year's matches, Catriona Matthew will captain the European Solheim Cup team again in 2021.

If Catriona Matthew isn’t appointed to return as the European Solheim Cup captain, it will be an upset.