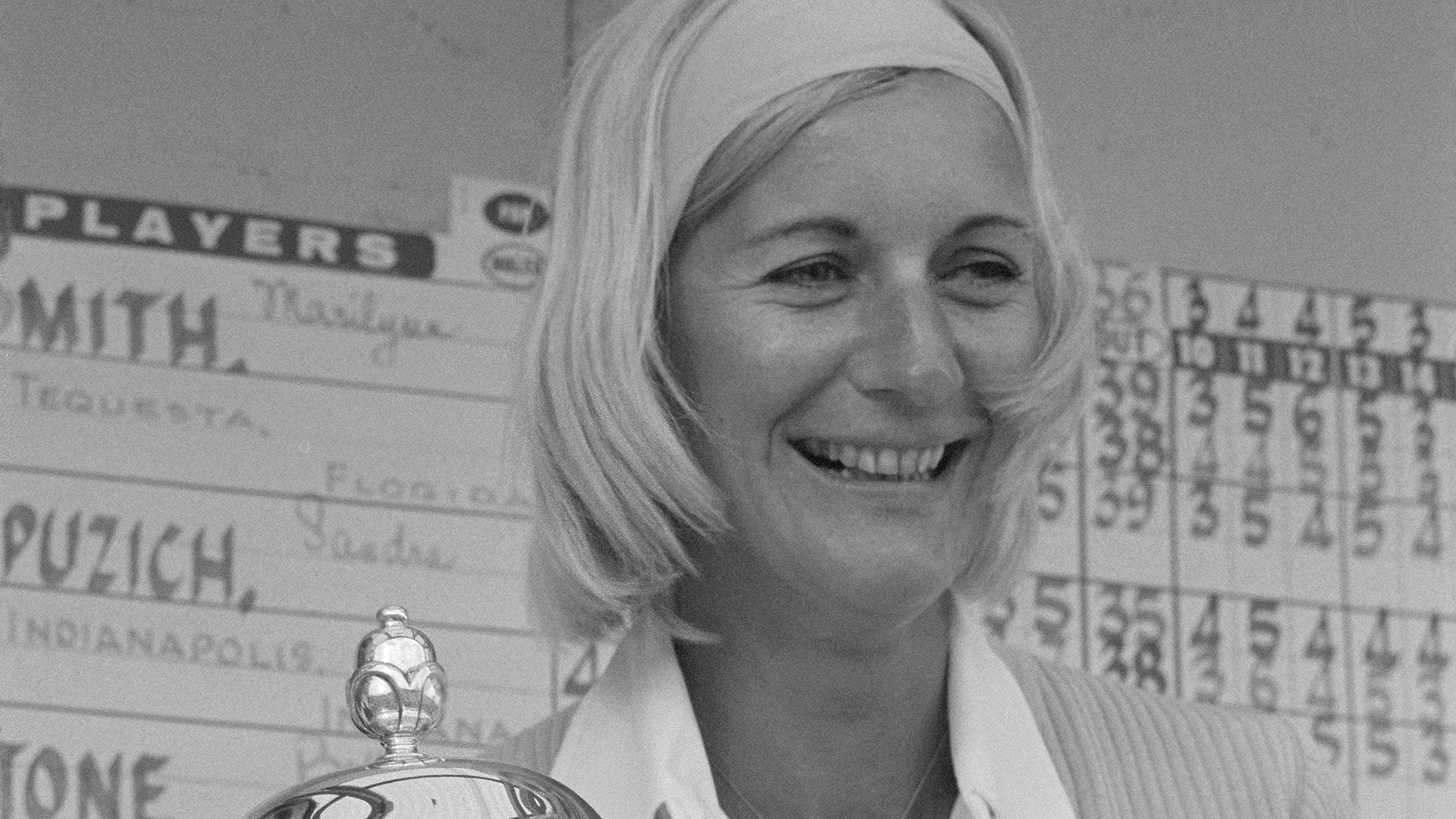 Carol Mann, an LPGA Hall of Famer, made a lasting impact on the women’s game beyond her 38 LPGA titles. She was a former tour president in the 1970s who helped develop the LPGA’s corporate structure.

Mann, 77, died in her home in Woodlands, Texas, on Monday.

She leaves a legacy as a player, teacher, TV broadcaster, writer and businesswoman.

“Carol was a significant player in the growth of the LPGA,” LPGA Hall of Famer Judy Rankin said. “She was involved when some big changes came to the tour. She was a talented woman beyond her golf.”

I’m saddened by the news of @LPGA HOF and @GolfHallofFame Carol Mann’s passing yesterday. I enjoyed getting 2 know Carol & listening 2 the many great stories from her wonderful LPGA career & her passion 4 the great game of golf. RIP Carol. Thank you 4 your contribution 2 the LPGA

Mann, who towered over the game as a physical presence at 6 feet 3 inches tall, was dominant in her prime. She won 10 LPGA titles in 1968 and claimed the Vare Trophy for low scoring average. She won eight titles in ’69. Her first LPGA title was a major championship, the 1964 Women’s Western Open. She also won the U.S. Women’s Open in 1965.

As the LPGA’s president from 1973 to ’76, Mann oversaw the hiring of the tour’s first commissioner, Ray Volpe, a former NFL marketing executive. Mann and Volpe helped take the tour from a struggling business venture at the time to a more profitable one.

“It is always difficult to lose a member of your family,” LPGA commissioner Mike Whan said in a statement. “Carol Mann was a tremendous competitor, but an even  more amazing person.  She was special in every way, and she certainly left the game and the LPGA better than she found it. Our thoughts are with her family and friends.”

Sending condolences, thoughts and prayers to the family and friends of @GolfHallofFame member Carol Mann. She accomplished so much in the game of golf, and her contribution will be felt for generations to come. So much to be proud of, so much to be remembered for. RIP pic.twitter.com/OJ2zyw1Apu