Men's regionals: Who's in, out for NCAAs? 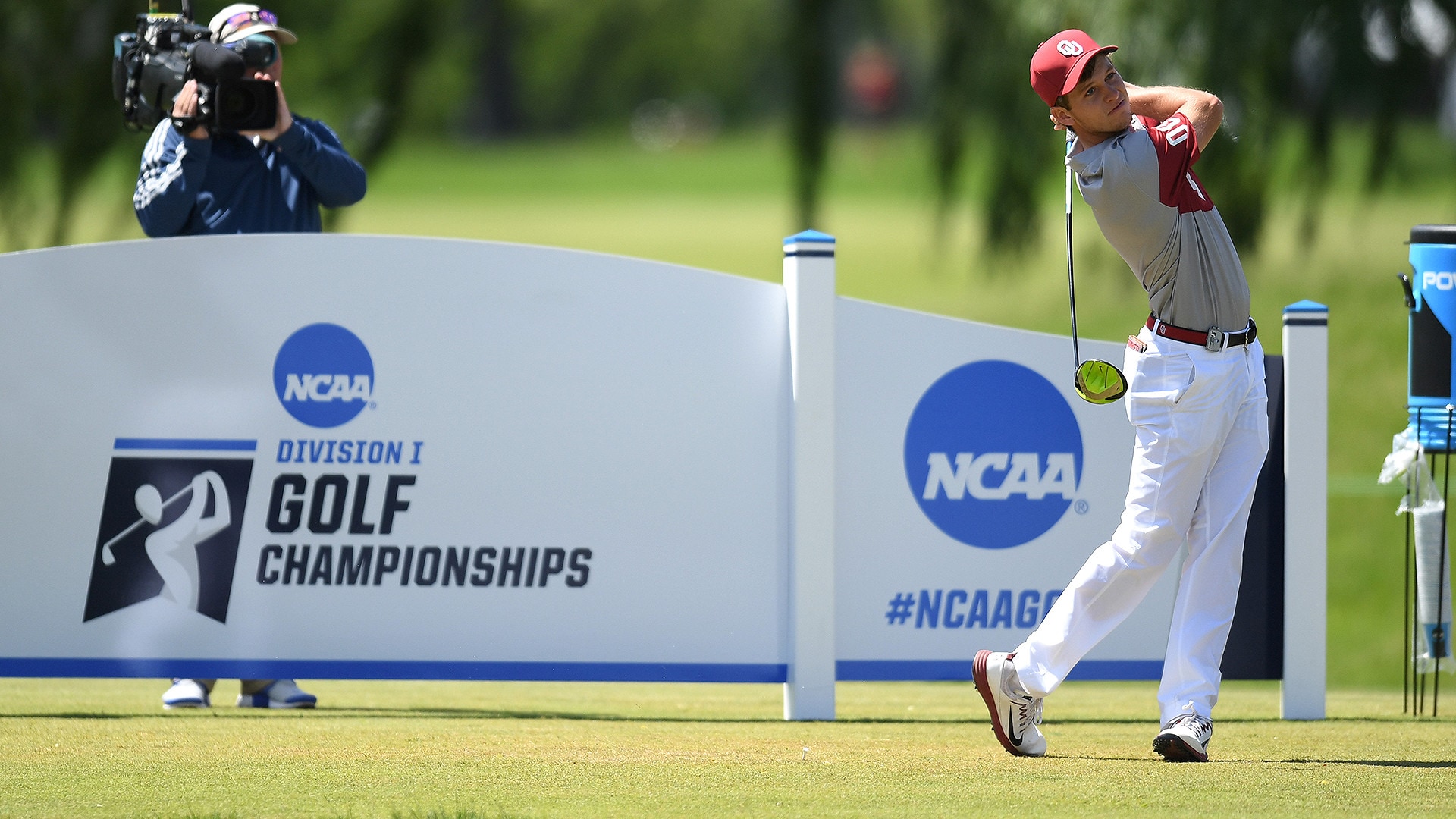 The NCAA Division I men’s regionals continued Tuesday at six sites around the country. The top five teams and low individual on a non-advancing team will advance to the May 25-30 NCAA Championship at Karsten Creek in Stillwater, Okla.

Skinny: A 64-66 start by Doug Ghim has Texas in position for its first victory of the season. Benjamin Shipp fired a second-round 64 to give host N.C. State a good chance to advance on its home course; it’d be the Wolfpack’s first NCAA berth as a team since 2011. Top-seeded Georgia Tech will enter the final round just four shots clear of the top-5 cut line, despite having four of their five starters in the top 25 individually. Duke shot the round of the day, a 12-under 272, led by Jake Shuman’s 64, to jump from 10th into a tie for third. The biggest disappointment in this regional has been second-seeded Cal, which is in danger of falling short of nationals for the second consecutive year. That’d be especially disappointing for Player of the Year contender Collin Morikawa, the top-ranked player in Golfstat’s rankings, who shot even par on Tuesday and is in a tie for 14th, nine shots back. If Cal is unable to advance – and that seems likely at this point, sitting in 11th place and 12 shots off the cut – then Morikawa has to shoot a low final round just to earn the individual spot, given to the low player on a non-advancing team.

Skinny: After last year’s brutal elimination, Florida is pacing this regional by five shots and is 14 shots clear of the cut line. Host UCF remained in solid position, while top-5 seeds Vanderbilt, North Carolina, South Florida and Kent State are all on or inside the number. It’ll be a nerve-wracking final round for Vanderbilt, the top seed in the regional and one of the country’s deepest teams. They’ve yet to click through three rounds, and now they’re in a tie for fifth with two other teams heading into the final day. Patrick Martin is the only Commodores player currently inside the top 15 individually, while team leader Theo Humphrey is treading water at T-32. Colorado State, the 8 seed, shot a second-round 277 – the second-lowest round of the day – to climb four spots and sit in the three-way tie for the all-important fifth spot. The Rams haven't earned an NCAA berth since 2011.

Skinny: Can you tell there’s a talent gap between Oklahoma State and Illinois and the rest of the regional field? Sixteen shots separate No. 1 overall seed Oklahoma State and UNLV, which slid from second to third place on Tuesday. The Cowboys, with all five starters inside the top 15 individually, have also opened up a 28-shot cushion between themselves and the top-5 cut line, currently occupied by Texas Tech, the 3 seed that has yet to be helped much by top player Fredrik Nilehn. A first-team All-American, Nilehn missed the last three events because of a back injury, and through two rounds he’s 9 over par. Illinois has looked formidable this postseason, first winning the Big Ten Championship and then putting together a strong regional performance to hang with Oklahoma State and post four counters within the top 10 individually through 36 holes, including senior Nick Hardy and sophomore Michael Feagles. On a difficult track like Ohio State’s Scarlet Course there’s never much margin for error, but Tech will have only have a three-shot cushion on sixth place Penn State heading into cut day.

Skinny: Texas A&M is doing what it’s supposed to on its home course, setting the pace through 36 holes with both Chandler Phillips and Brandon Smith sharing the early lead. Clemson’s 12-under 276 was the round of the day, by three, flip-flopping with Baylor and putting the Tigers 27 shots clear of the top-5 cut line. Baylor couldn’t get much going on Day 2, shooting 1 over, but the Bears are still in fine position to advance. Eight shots separate SEC foes Ole Miss and South Carolina for the fifth and six shots, respectively, with Kentucky another shot behind, so there might not be much volatility on the final day. Reigning NCAA champion Braden Thornberry of Ole Miss is currently in a tie for third, one shot off the lead, along with U.S. Amateur champion Doc Redman (Clemson).

Stockton regional, at The Reserve at Spanos Park

Skinny: Alabama’s 280 was the low round of the day, and the Tide were powered almost single-handedly by freshman Wilson Furr, who carded a second-round, 8-under 64. Iowa State continued to impress as the 10 seed, hanging on to a share of the lead, while Kansas, the 8 seed, backed up its impressive opening round with another 6-under effort to sit comfortably in third. The Jayhawks, who finished in the top-5 in seven of their last eight events, are searching for their first NCAA berth since 2000. Two of the other top teams are in trouble. Top seed LSU enters the final round seven off the top-5 cut line. The Tigers have been in this position before, however. In 2015, they rallied from 14 shots behind on the back nine on the final day to advance out of regionals, then kept the momentum rolling and won the NCAA title. Southern Cal’s hill is even steeper. The Pac-12 champions are 10 off the cut line, in 10th place. Haskins Award favorite Justin Suh might also be costing himself a shot at Player of the Year honors. He’s tied for 34th, and barring a team comeback on the final day, he won’t qualify for the NCAA Championship, which would dissuade many voters in a tight race. Complicating matters even more for Suh is that Oregon’s Norman Xiong is only one shot back individually.

Skinny: Oklahoma continued to stay in front on its home turf, but two teams made big moves directly behind the Sooners. The first was Pepperdine, which rocketed seven spots on the leaderboard, all the way into second place, after a scorching, 14-under 274 that was triggered by Joshua McCarthy’s 65 and Sahith Theegala’s 66. BYU also jumped inside the top 5 with a second-round 278, led by Patrick Fishburn’s 66. The Cougars present an interesting dilemma for NCAA schedulers, of course, since they can’t play on Sundays, which is when the third round of stroke-play qualifying is held at the NCAA Championship. (They’d have to play by themselves, on Thursday, which is normally the practice-round day for teams.) SEC champion Auburn is also barely in the top-5 bubble, while Florida State sits just four back.