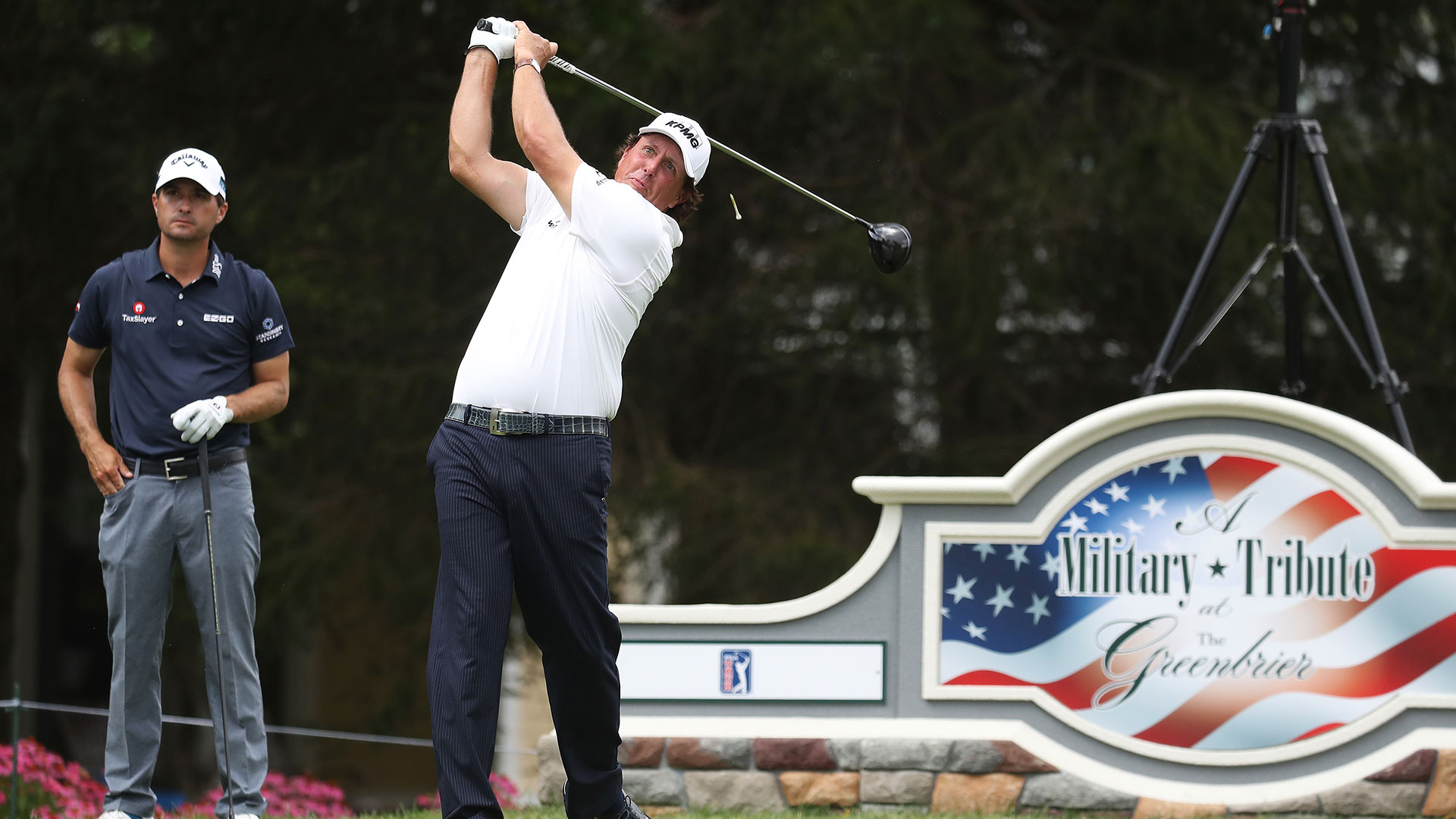 Phil Mickelson got off to a solid start Thursday at The Greenbrier, and he likely won't have to sweat the second-round cut line. But staying the full weekend in the West Virginia mountains will make for a busy stretch leading into the season's third major.

Making his first competitive start since his rules fiasco at the U.S. Open, Mickelson opened with a 4-under 66 on The Old White TPC that he completed on the back end of a lengthy weather delay. The score left him in a large tie for ninth, five shots behind leader Webb Simpson.

It marked the second-best score ever for Mickelson at The Greenbrier, as he missed the cut in each of his first three appearances. Only last year's final-round 64, which moved him from the back of the pack into a tie for 20th, was better than Thursday's effort which included an eagle and four birdies against two bogeys.

"It was good. I hit a lot of good shots. I drove it well, hit some good iron shots," Mickelson told reporters. "I didn't score as well as I probably could have. There are some low scores out there."

Mickelson is making the first of three straight worldwide starts, a run that will culminate with The Open as he looks to repeat his winning performance from 2013. Mickelson will also play next week's Scottish Open, and he told reporters that he'll have a busy itinerary beginning with a flight to Europe Sunday night.

While some U.S. Ryder Cup hopefuls will make a scouting trip to Le Golf National outside Paris next Saturday, Mickelson will instead make his own trip on Monday after landing from West Virginia. He plans to follow that with a Tuesday practice round at Gullane and a Wednesday trip to Carnoustie for an Open preview before heading back to Gullane to begin next week's event.