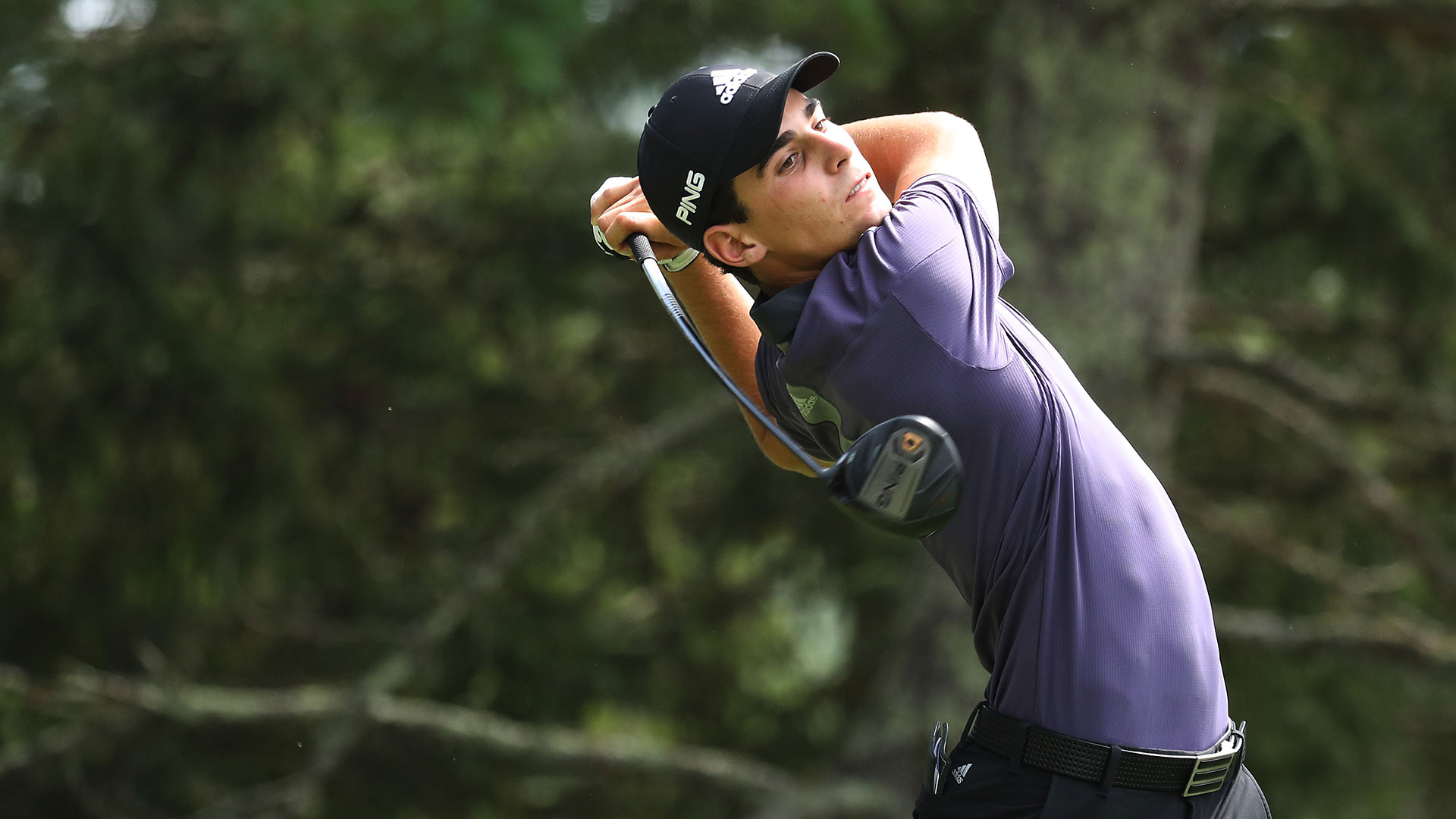 A closing 64 at The Greenbrier wasn't enough to send Joaquin Niemann to The Open, but the Chilean star might not mind given that it unofficially locked up his PGA Tour card for the 2018-19 season.

Niemann, 19, moved into a tie for fifth on the final leaderboard, his fourth top-10 finish in just eight PGA Tour starts as a professional. After entering the week with 321 non-member FedExCup points, Niemann picked up another 93 this weekend in West Virginia.

Having earned special temporary membership at the Memorial, Niemann is allowed to accept unlimited sponsor invites for the rest of the season. He'll need to earn at least the same amount of points as whoever finishes No. 125 on the regular points list after the Wyndham Championship, but his new 414-point total should prove plenty given that J.J. Henry finished No. 125 last season with 365 points and the spot is currently held by Seamus Power with 312 points.

Niemann won the Latin American Amateur to earn a spot at the Masters, and he finished sixth at the Valero Texas Open in his pro debut. He then added a T-8 finish at the Fort Worth Invitational and a T-6 finish at the Memorial.

By earning a full Tour card without the use of Q-School or the Web.com Tour Finals, Niemann accesses a rarely-used path that was most recently trod by Jordan Spieth (2013) and Jon Rahm (2016).