Haigh on PGA setup: 'We are not the show' 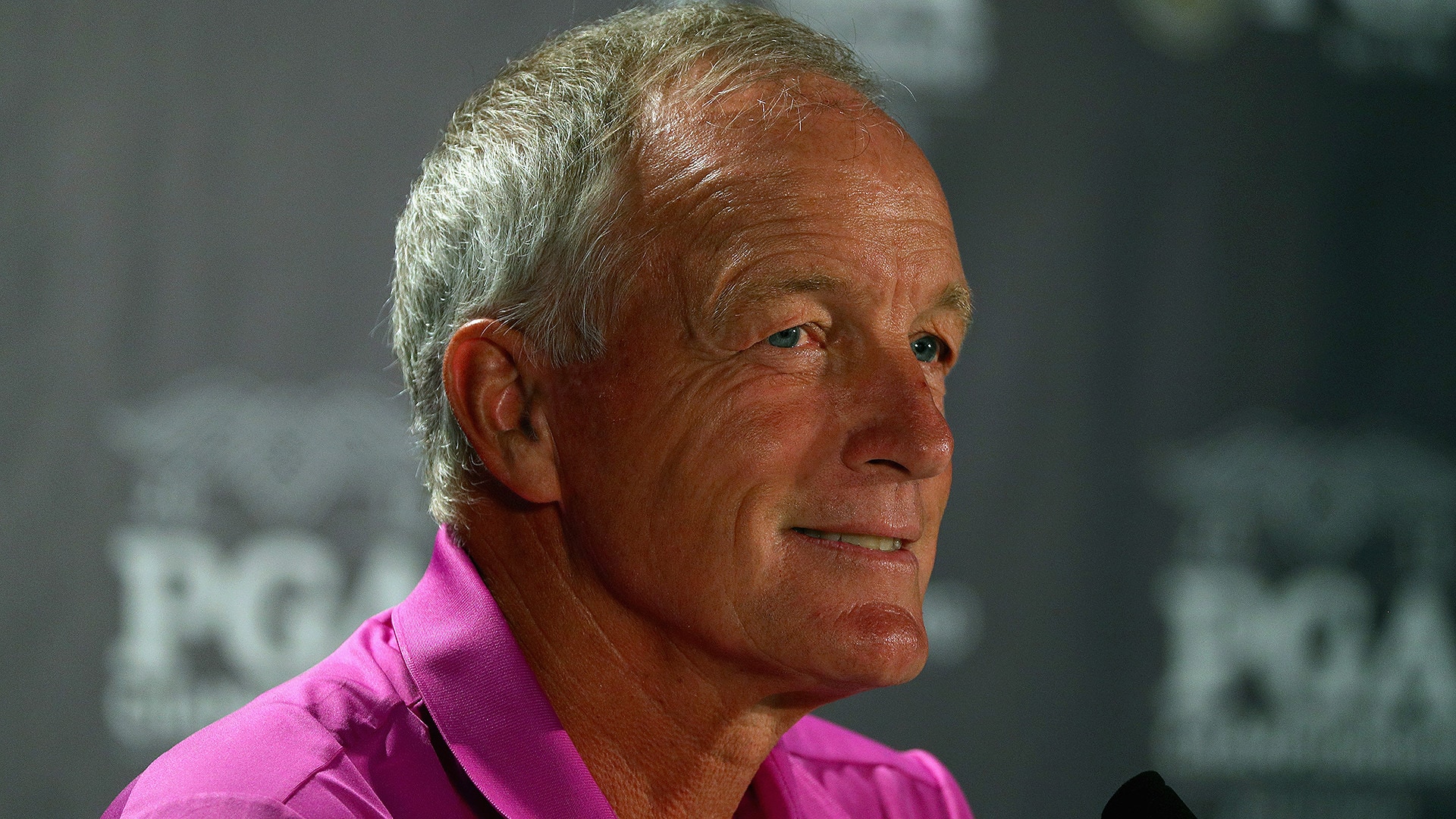 ST. LOUIS – Discussions regarding course setup can often dominate the conversation at a major championship, particularly when the players are unhappy or believe a layout has become unfair.

The U.S. Open is the event that most often causes controversy, with the USGA and its executive director, Mike Davis, too often becoming the focal point of attention.

Just two months ago at Shinnecock Hills, following an afternoon of backlash, Davis acknowledged after the third round that the golf course had once again gotten away from the USGA’s setup committee, that quality shots were not being rewarded.

And yet, those concerns never seem to rise at the PGA Championship, where birdies abound and defending par is a non-issue.

Speaking ahead of the 100th PGA on Wednesday, Kerry Haigh – the PGA of America’s chief championships officer and the man annually in charge of the setup – was clear that his goal is to get out of the way.

“Our hope and my hope, and I think the plan is that the players are the story. It is their major championship. We want to showcase the best players in the world on great golf courses,” he said. “And I don't like being up here. I don't really want to talk about it because we are not the story. It's the players and the golf course.

“Truly it's the players that are the show. We are not the show. And that's our aim for every championship is to make it fun, make it exciting, make it difficult, tough hole locations, opportunities to just make the golfer think. And if you can do that, I think the players enjoy it more. They react more. And hopefully, good golf and great golf is rewarded. So that's exactly our philosophy day in, day out, every year.”

Between 2012 and 2016, the PGA featured five straight winners who were double-digits under par. That streak was highlighted by Jason Day, who in 2015 at Whistling Straits became the first player to finish a major championship at 20 under par. This week’s defending champion, Justin Thomas, ended the double-digit streak with his 8-under total last year at Quail Hollow.

As for crowning a worthy champion, the PGA has recently rewarded the ball-striking prowess of Thomas, Day, Jason Dufner and Rory McIlroy (twice).

“Certainly, the rain has soften things up, but I look at that as a very positive because I think we could have one of the most exciting PGA Championships ever played,” Haigh said, referencing the receptive conditions at Bellerive. “If you put 98 of the top 100 golfers in the world on a beautifully manicured golf course with soft greens and little or no wind, I certainly hope and expect we'll see a lot of birdies. And because the community have rallied to support our championship, we sold out. There's no more space to come. I believe the noise and the energy that will feed off the exciting play on this golf course could make for the 100th being our best PGA Championship ever.” 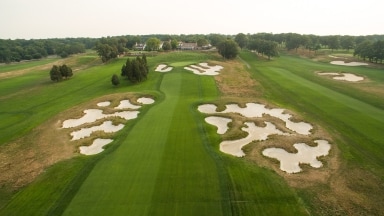 Despite the cold, gloomy conditions, Kerry Haigh smiled brightly when the PGA of America’s chief championships officer was asked about this week’s conditions at Bethpage Black. 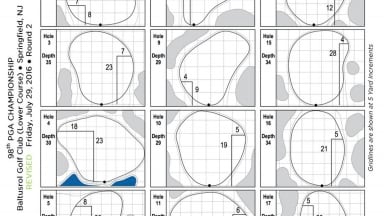 More than an inch of rain overnight forced the PGA of America setup crew to move three hole locations (Nos. 8, 10 and 16) before the second round of the PGA Championship.