PGA Tour: D. Johnson 'not under a suspension' 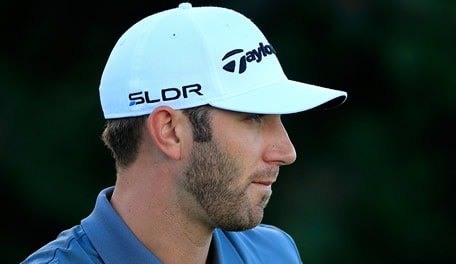 AKRON, Ohio – Hours after a Golf.com report that Dustin Johnson has been suspended for six months after a third positive drug test, the PGA Tour issued a statement denying any suspension.

“With regard to media reports that Dustin Johnson has been suspended by the PGA Tour,” the statement read, “this is to clarify that Mr. Johnson has taken a voluntary leave of absence and is not under a suspension from the PGA Tour.”

Previously, the PGA Tour had only offered its long-standing policy of not commenting on potential punitive measures toward any members.

Earlier on Friday, Golf.com cited an unnamed source as saying that Johnson has been suspended for a third strike against the PGA Tour’s current anti-doping policy.

From that report: “According to the source, Johnson has failed three drug tests: one for marijuana in 2009 and two for cocaine, in 2012 and 2014. He was previously suspended for the 2012 failed test, but that suspension was never made public. Under the PGA Tour’s drug-testing policies, the Tour is not required to announce any disciplinary actions against players who test positive for recreational drugs.”

Johnson, who withdrew from this week’s WGC-Bridgestone Invitational on Monday, released a statement through his management team Thursday, which referred to his leave of absence as “self-imposed.”

It has already been determined that Johnson will not compete at next week’s PGA Championship, nor will he be eligible for the upcoming Ryder Cup.