Phil celebrates par on 13, ducks media after round 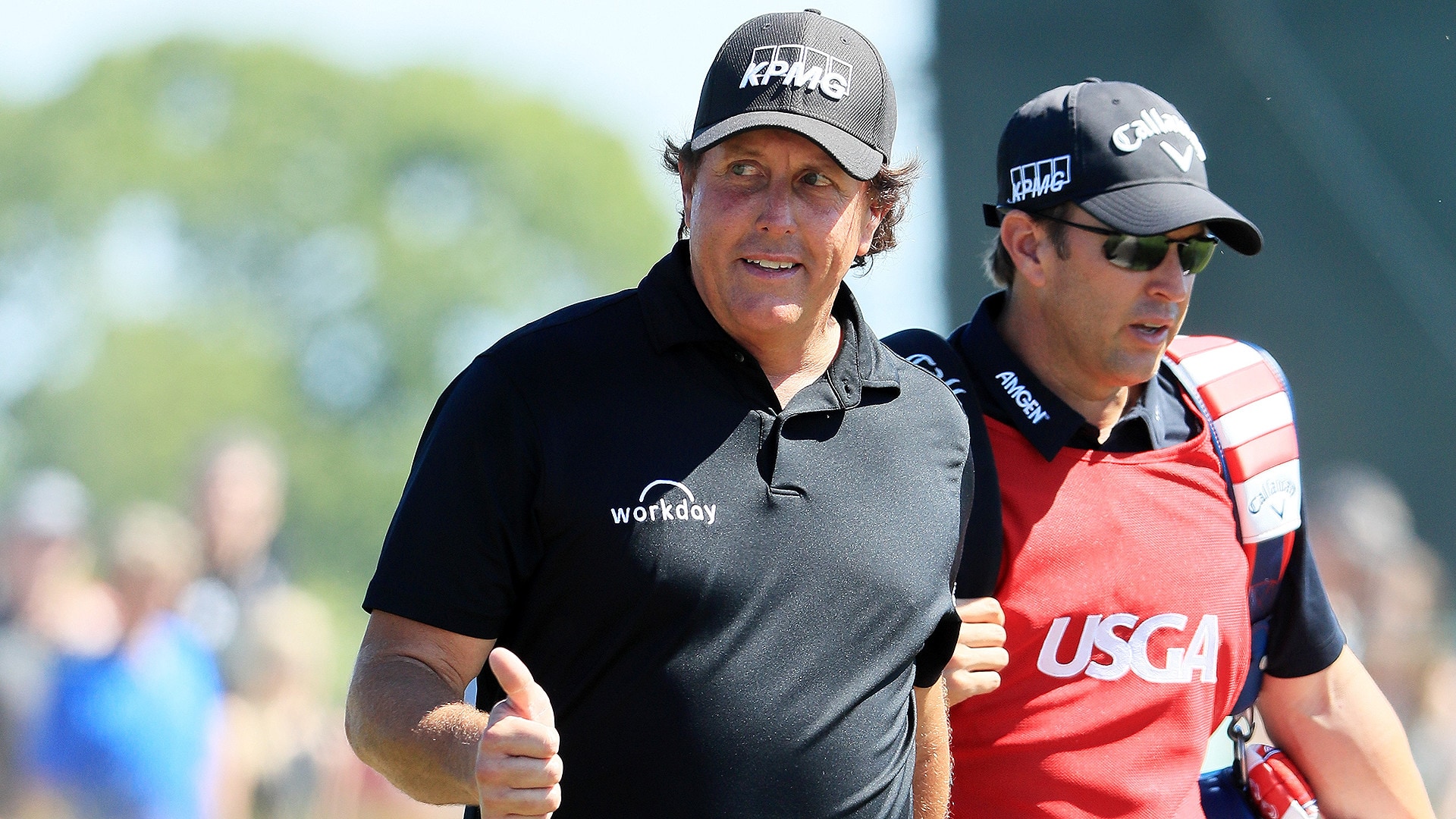 SOUTHAMPTON, N.Y. – Phil Mickelson didn’t have another meltdown at the U.S. Open.

Back on the 13th green Sunday – less than 24 hours after taking a two-shot penalty for hitting a moving ball and recording a sextuple-bogey 10 – Mickelson poured in a 10-footer and raised his arms in mock triumph, as if he’d finally won that elusive major title.

“It looked like he won the Masters,” said playing partner Rickie Fowler. “He didn’t jump, but he had a little celebration there.”

The par save and the final-round 69 were one of the lone bright spots during what was an adventurous week for Lefty, even by his unpredictable standards. Mickelson’s shocking swat was still the talk of this Open, especially after USGA executive director Mike Davis revealed Saturday night that Mickelson had called him to ask for more clarification on the rule he said that he knew he’d broken.

Despite some calls for him to withdraw from the tournament, Mickelson displayed his usual cheerful demeanor inside the ropes with Fowler.

“He joked about it right as we went down the first hole,” Fowler said.

Fowler said that he didn’t know “if I would have had the wits like Phil to run after it” on 13, but added that it never should have come to that in the first place.

“He could have saved himself a shot by just letting it go and taking unplayable, but then that would still look pretty funny too,” he said. “The course shouldn’t play that way.”

If you’re wondering whether Mickelson would be defiant or contrite on Sunday, we don’t know the answer. He declined to stop and speak with the media, deciding instead to sign autographs for more than a half hour and then offering a few short answers before ducking into player hospitality.