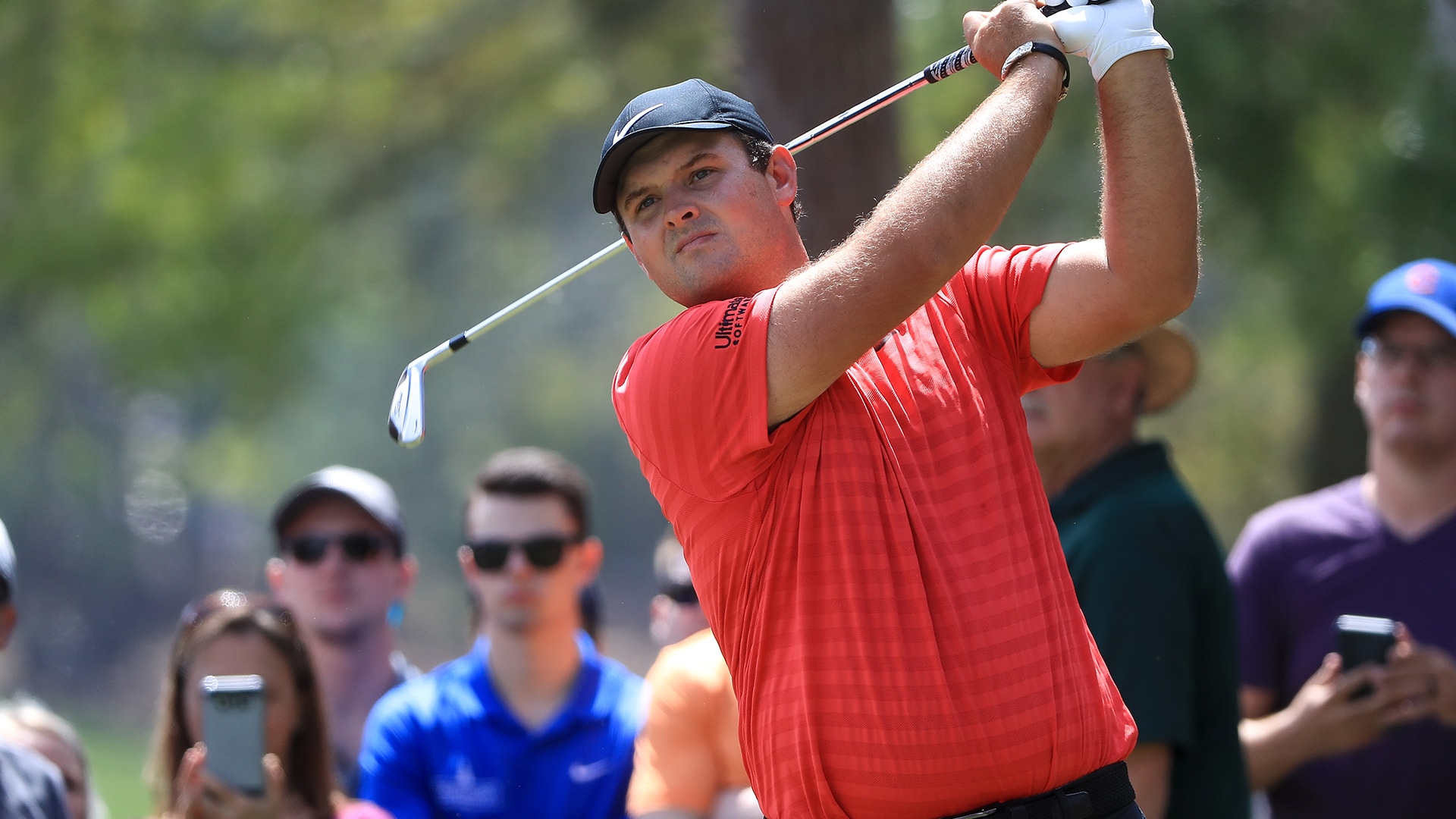 PALM HARBOR, Fla. – Patrick Reed’s chances of winning the Valspar Championship died in the tier bisecting the middle of the 18th green at Innisbrook Resort.

Reed started the final round three shots off the lead, but a chip-in eagle on the opening hole quickly thrust him into contention. He grabbed a share of the lead with a two-putt birdie on the par-5 14th hole, and he remained tied with Paul Casey heading to the final hole.

But Reed’s approach to the 18th came up short, leaving a lengthy and awkward putt where he had to go through a small amount of fringe before climbing a tier to reach the hole. The putt never had enough pace, and Reed watched helplessly as the ball rolled back to his feet.

“Hit a good drive, and I thought I hit a good wedge shot into the green,” Reed said. “When I saw people kind of waving back, I knew it was kind of coming down the hill. It happened to be unfortunate, it got around the corner of the green where I was on the green, had to go over the fringe through about 7 feet of fringe and back on the green.”

According to Shotlink, only 3 inches separated his third shot from his fourth, and when his chip attempt for par missed the target, he walked off with a closing bogey and ended the week tied for second alongside Tiger Woods at 9 under after a final-round 68.

“I just didn’t hit it hard enough, obviously,” Reed said. “Absolutely killed it and the ball rolled back down to where it was. I knew there was no way I could putt it. It had to be a chip. I chipped and ended up there to 6 inches and a tap in.”

This marks the second time Reed has gotten within reach of the trophy on the Copperhead Course, having lost a playoff to Jordan Spieth here in 2015 that also included Sean O’Hair.

Reed’s result was his best since a T-2 finish at the PGA Championship in August, and it was his first top-15 finish in seven starts this year. But his last win remains The Barclays in August 2016, and thanks in large part to an ill-timed bogey that drought did not end on the Copperhead Course.

“I felt like I played solid today. I really didn’t feel like I did anything wrong on the last when I walked off with a 5,” he said. “It’s disappointing. At the end of the day, back in contention. Having a chance to win a golf tournament is always fun.”