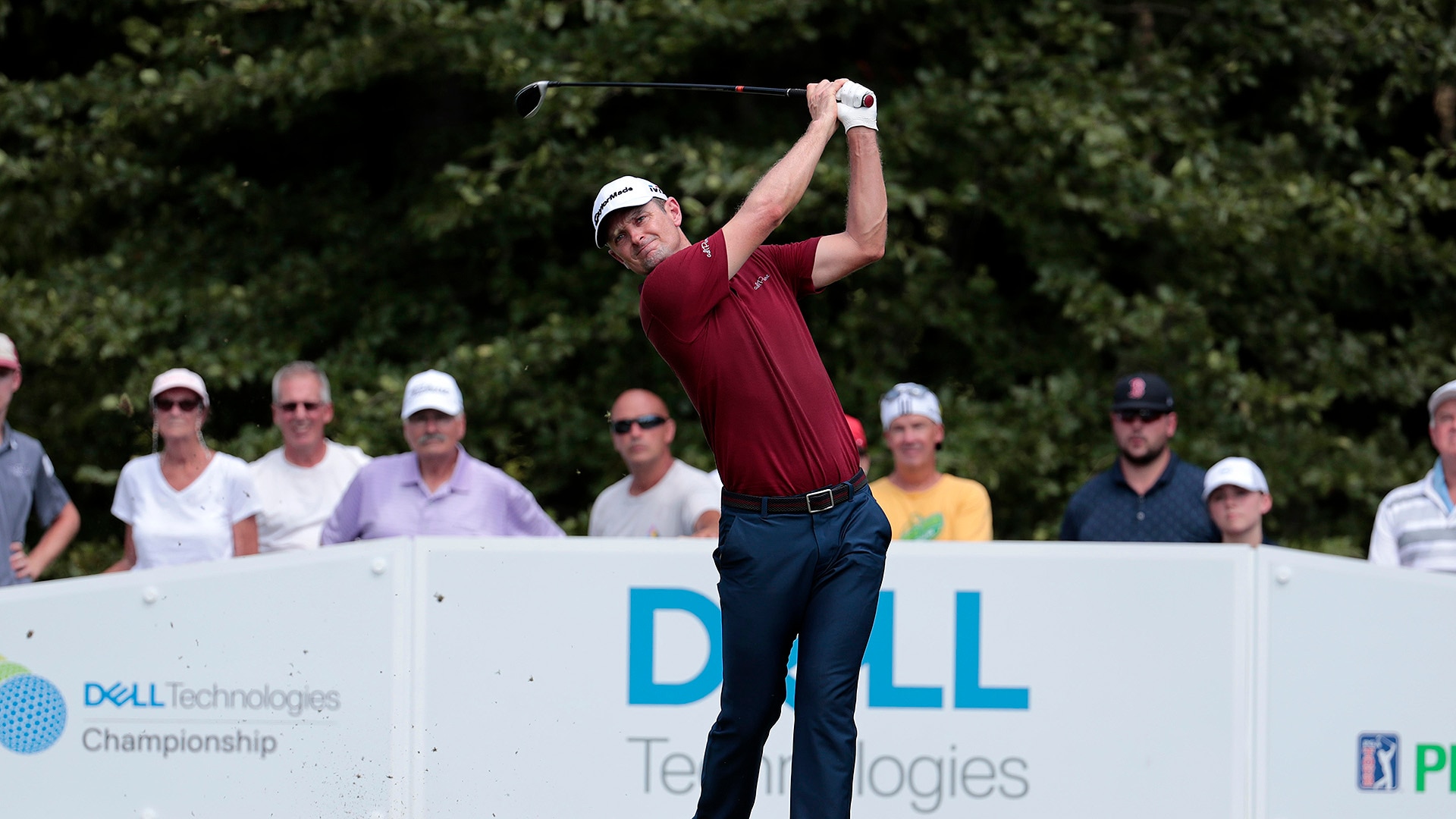 NORTON, Mass. – While a late rally wasn’t enough to catch Bryson DeChambeau, Justin Rose was pleased with his finish at the Dell Technologies Championship as he keeps one eye on East Lake.

Rose started the day two shots off the lead, and he appeared out of the mix after bogeys on four of his first eight holes. But the Englishman roared back on the more difficult inward half at TPC Boston, making birdie on four of his final six holes to post 14 under after a closing 68. That turned out to be good enough for solo second place, as a string of closing pars gave DeChambeau his second straight win, this time by two shots.

“This was an interesting week for me. It was nice to kind of sign off here in Boston,” Rose said. “It’s a tournament that we are going to miss a little bit. It was kind of where my PGA Tour career started, and it was nice to finish with a strong showing.”

Rose won two times earlier this season, including a convincing display at Colonial, and he entered this week at No. 6 in the points race. But after Monday’s rally he moved up to No. 3 heading into the BMW Championship at Aronimink Golf Club outside Philadelphia, where Rose won the then-AT&T National back in 2010.

The runner-up result also increases the likelihood that he’ll be in the all-important top five to start the season-ending Tour Championship, a position that would ensure he would win the $10 million FedExCup with a victory at East Lake – regardless of the finishes by other top contenders, including DeChambeau.

“Obviously you’re trying to win these amazing golf tournaments, but in the back of your mind you’re trying to secure yourself into a great position going into the final one at East Lake in Atlanta. And so far, job done,” Rose said. “This result gives me a realistic chance coming into East Lake, no matter what.”