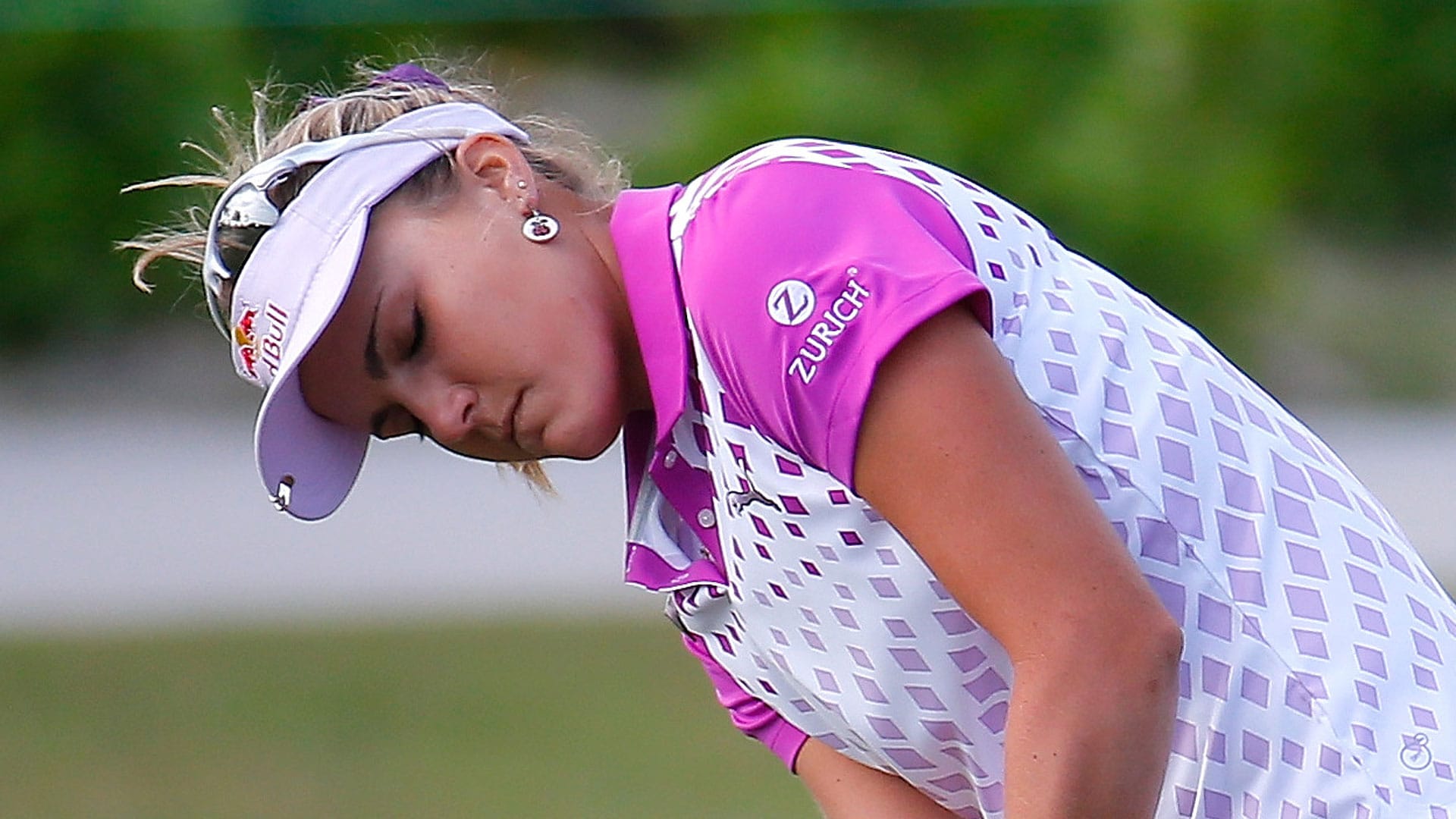 OCALA, Fla. – Lexi Thompson was so hot early in Wednesday’s first round of the Coates Golf Championship, she was holing putts with her eyes closed.

No kidding. Thompson putted with her eyes closed in a round of 3-under-par 69.

“It feels like I’m burning a hole through the golf ball with my eyes sometimes,” Thompson said.

Thompson said she didn’t have much feel with her putter late last season, so she began putting with her eyes closed, as a drill, on the practice green at the season-ending CME Group Tour Championship.

“It helped my stroke,” Thompson said.

Thompson was holing so many putts in practice, and regaining so much feel, she started putting that way in competition. She took the habit into the new season, where she had it working well early Wednesday. She made seven birdies against two bogeys over the first 12 holes before faltering later. She bogeyed the 13th and three-putted from 6 feet at the 14th.

“I hit it great,” Thompson said. “I had a great front nine. Back nine, I hit it good once again, just didn't putt very well.”

Thompson isn’t the first LPGA pro to putt with her eyes closed. Suzann Pettersen used to putt that way.