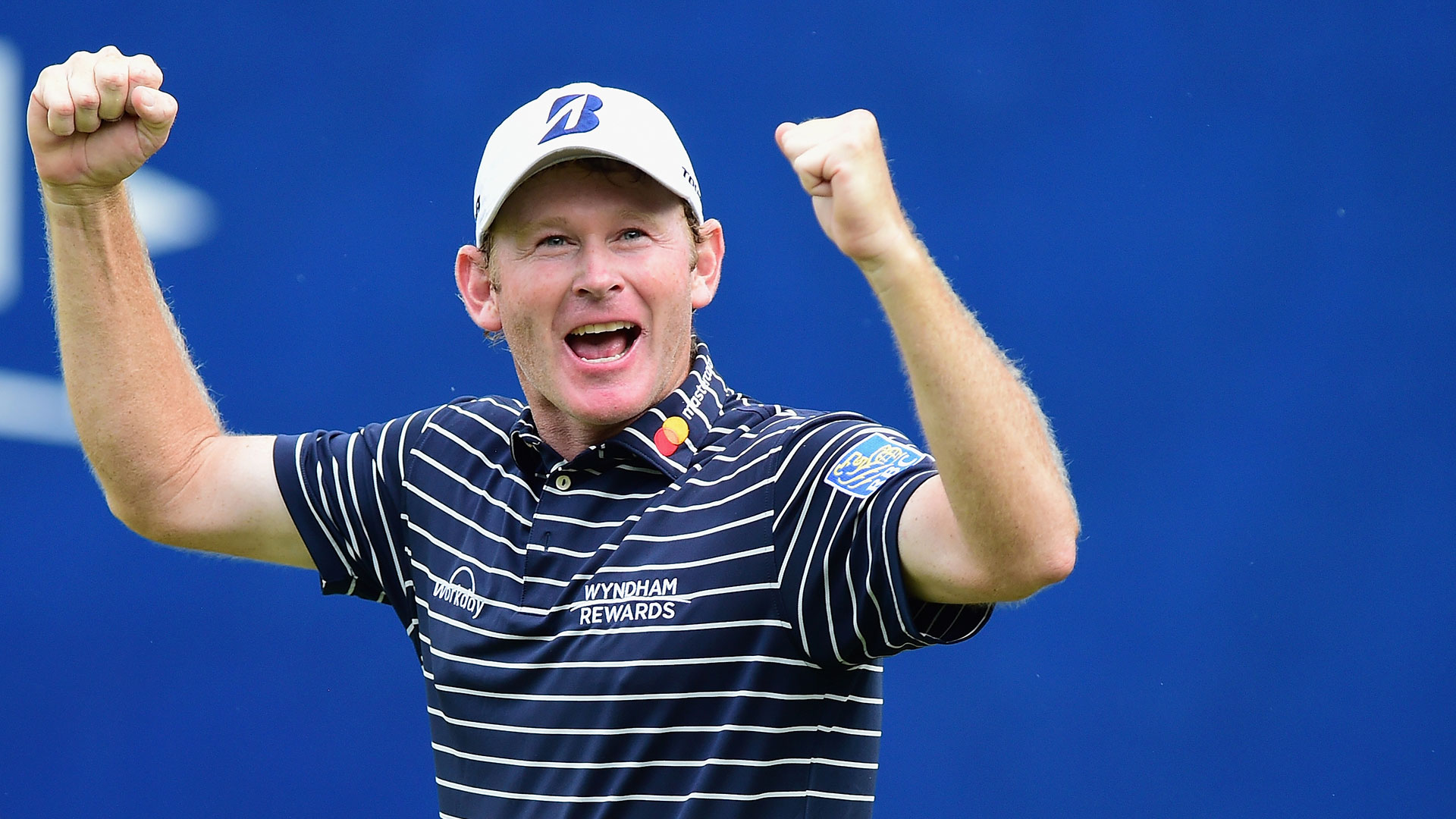 Even after shooting a 59 in the opening round, Brandt Snedeker had to work to secure his ninth career victory at the Wyndham Championship.

Snedeker led at Sedgefield Country Club the entire week after becoming just the ninth player to break 60 on the PGA Tour, carrying a one-shot lead into the final round. But he was caught down the stretch, first by C.T. Pan and later by Webb Simpson, to leave the outcome very much undecided.

But Simpson ran out of holes, and Pan made a costly mistake by hitting his tee shot on No. 18 out of bounds while holding a share of the lead. It meant that Snedeker needed only bogey to earn his second Wyndham title and first Tour victory since the 2016 Farmers Insurance Open, instead opting to sink a 20-foot birdie putt for a closing 65 and three-shot win.

"I guess I'm turning into Bubba Watson, wanting to cry every two seconds," Snedeker told reporters. "To do it here, to shoot 59 on Thursday, to be in the lead all week, to deal with that pressure every night, to be able to step up to the plate today and shoot 65 when I had to means the world to me."

Snedeker struggled with injury for much of last season, and this spring he missed the Masters for the first time since 2010 while toiling near the edge of the top-125 bubble in the points race. But the veteran turned things around with a T-6 finish in Memphis in June, added a T-3 finish last month at The Greenbrier and now has come full circle in the city where he earned his first career win at nearby Forest Oaks in 2007.

"I'm a lot stronger than I thought I was," Snedeker said. "I've still got a lot of great golf in me. I'm excited about the FedExCup playoffs. I've done this before, I've won that thing, and I can't wait to try to make a run to Atlanta in the playoffs because I'm playing great."

It was a bittersweet result for Pan, who had his wife on the bag this week and briefly appeared poised for a breakthrough victory. The former University of Washington standout made six birdies in a 12-hole stretch in the middle of his round to catch Snedeker, but his drive on No. 18 sailed well right. It led to a double bogey, and at 18 under he ended the week tied for second with Simpson.

The result was still Pan's best of his young PGA Tour career, having started the week at No. 108 in the points race despite not having a single top-10 finish this season.

"Just had a little noise in my head and it caused me to hit a bad shot," Pan said. "But overall I feel good about the whole round. I played great. Just one bad shot, but that's OK."