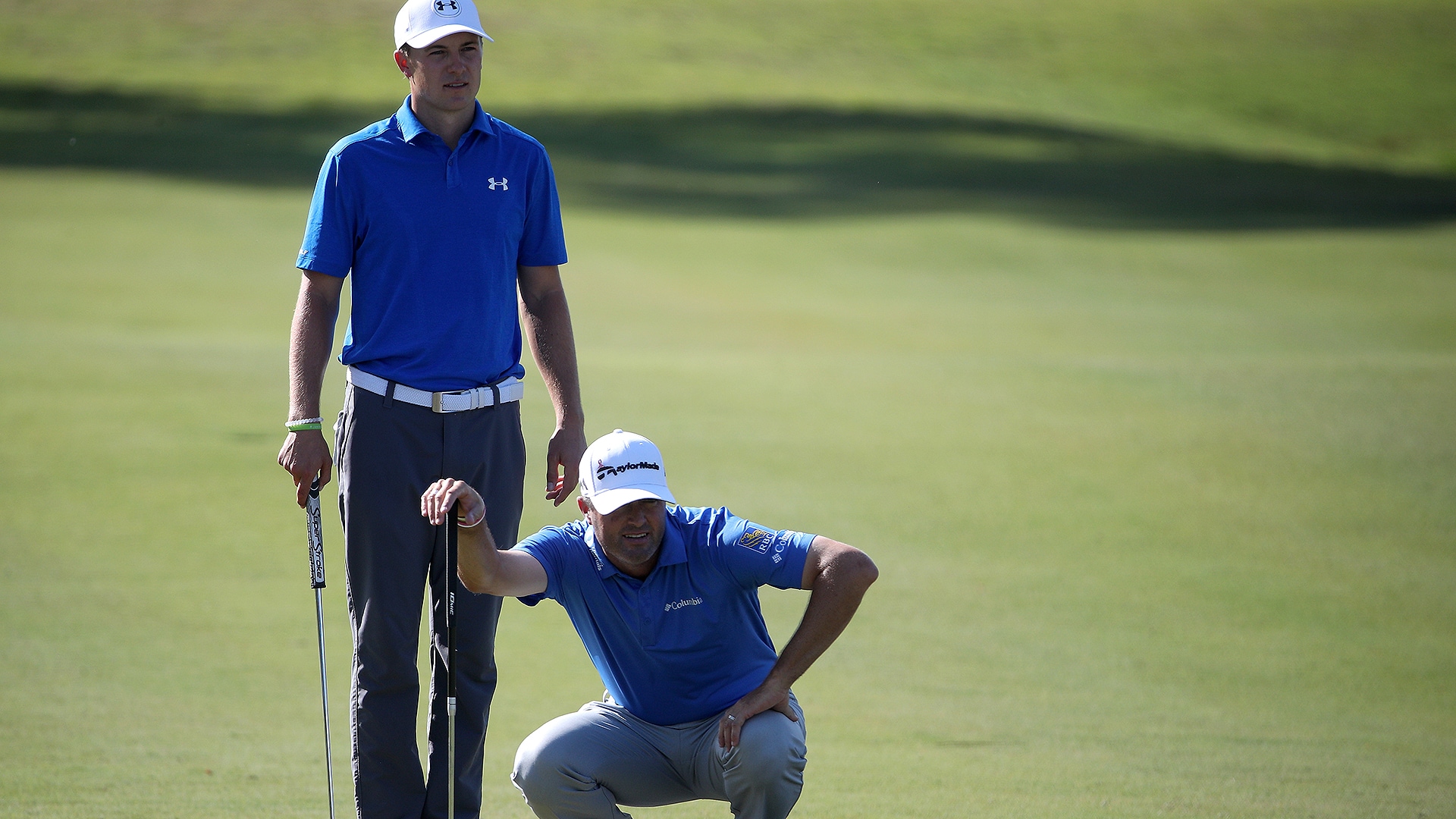 First, they shot a 6-under 66 in alternate shot to share the lead at the Zurich Classic.

And on Thursday night they headed to the New Orleans Saints’ facility to watch how the team prepares to make the 11th pick in the NFL Draft.

“It’ll be really cool just kind of sitting in the back and watching that process take shape,” Spieth said. “I’ve always wondered what it’s like.”

It’s Palmer’s second time in the Draft war room, after attending a few years ago with his caddie, James Edmondson.

The first-round co-leaders paid a visit to the @Saints war room for the #NFLDraft last night. pic.twitter.com/NNpmx7OOzp

“They’re actually watching Shot Tracker more than anything,” Palmer said. “You’d be surprised. They’re watching what we’re doing on the golf course. It’s fun to look inside of that business. I know they’re excited for tonight, so it’s going to be fun to be around it.”

Palmer met Sean Payton years ago while the head coach lived in the Dallas area and commuted to New Orleans. They’ve gone out to dinner, attended concerts and played golf together, including at Wednesday’s pro-am.

Spieth, meanwhile, was asked whether the Saints should go offense or defense with their selection.