Tour could be leaving Trump Doral 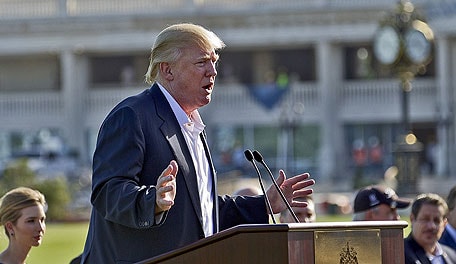 The Tour released a statement on Friday saying that after the 2016 WGC-Cadillac Championship at Trump National Doral, it will "explore all options regarding the event's future." A Tour event has been held at the Miami-area course since 1962.

"We continue to stand by our earlier statement, and the statement of other golf organizations, that Mr. Trump's comments are inconsistent with our strong commitment to an inclusive and welcoming environment in the game of golf. The PGA Tour has had a 53-year commitment to the Doral community, the greater Miami area and the charities that have benefited from the tournament. Given this commitment, we are moving forward with holding the 2016 event at the Blue Monster. Immediately after the completion of the 2016 tournament, we will explore all options regarding the event's future."

The statement was originally sent to Golf.com and later obtained by Golf Channel.

This comes on the heels of a controversial proposal by Republican Presidential hopeful Donald Trump to at least temporarily bar Muslim immigrants from entering the United States. The Tour did not explicitly say whether it is considering moving the event because of Trump's remarks.

The Tour's indication that it might move the WGC event comes while a petition calling on the Tour to cancel or move the 2016 tournament from Doral has collected more than 36,000 signatures on the website Care2.

"Trump's outrageous, dangerous statements seem to be fueling his political popularity," Aaron Viles, the petition's author, is quoted on Golf.com. "Let's see if we can hit him where he feels it - in his bank account."

Another Internet petition, calling for British lawmakers to enact legislation to bar Trump from entering Britain has collected more than 500,000 signatures, Golf.com reported. Only 100,000 signatures are needed to put the issue before Parliament.

Trump owns two golf courses in Scotland - Trump International Golf Links in Aberdeen, which is scheduled to host the 2017 Scottish Open, and Trump Turnberry, one of the British Open rota courses.

Last summer, the PGA Tour, the USGA, the PGA of America and the LPGA issued a joint statement after Trump suggested that golf's leaders agreed with other controversial remarks of his, including calling Mexican immigrants "rapists."

"In response to Mr. Trump's comments [about the golf industry 'knowing he is right' in regards to his recent statements about Mexican immigrants], we feel compelled to clarify that those remarks do not reflect the views of our organizations," the statement reads. "While the LPGA, PGA of America, PGA Tour and USGA don't usually comment on presidential politics, Mr. Trump's comments are inconsistent with our strong commitment to an inclusive and welcoming environment in the game of golf." 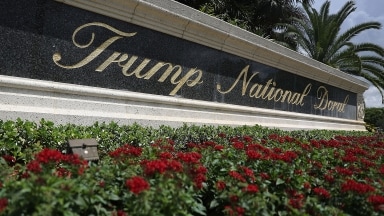