Video, images from Tiger, DJ's round with Trump 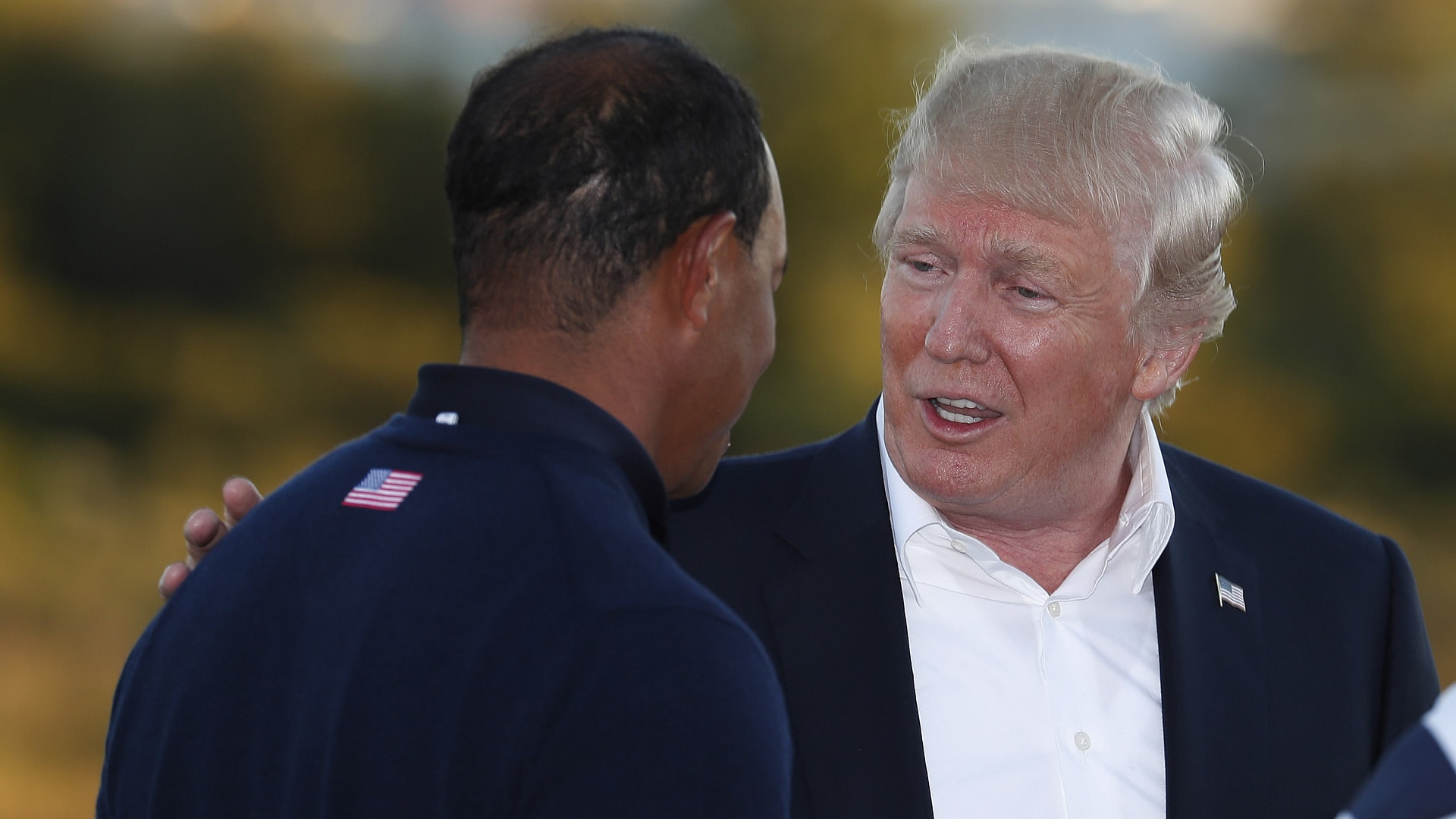 Images and footage from Tiger Woods and Dustin Johnson's round Friday at Trump National in Jupiter, Fla., alongside President Donald Trump:

Just your average morning!! Excited my kids were able to see our President and the others were a bonus! #Tigerwoods #dustinjohnson #bradfaxon #donaldtrump #presidenttrump

Tiger Woods is scheduled to make his return to competition next week at his Hero World Challenge. But first, a (quick) round with the President.

President Donald Trump tweeted on Friday that he was going to play at Trump National Golf Club in Jupiter, Fla., alongside Woods and world No. 1 Dustin Johnson.

After Turkey call I will be heading over to Trump National Golf Club, Jupiter, to play golf (quickly) with Tiger Woods and Dustin Johnson. Then back to Mar-a-Lago for talks on bringing even more jobs and companies back to the USA!

Woods and President Trump previously played last December. Trump, who, according to trumpgolfcount.com has played 75 rounds since taking over the presidency, has also played over the last year with Rory McIlroy, Ernie Els and Hideki Matsuyama. 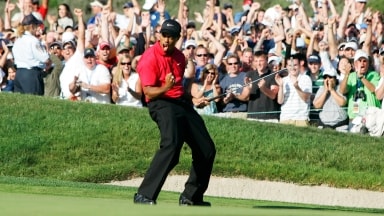