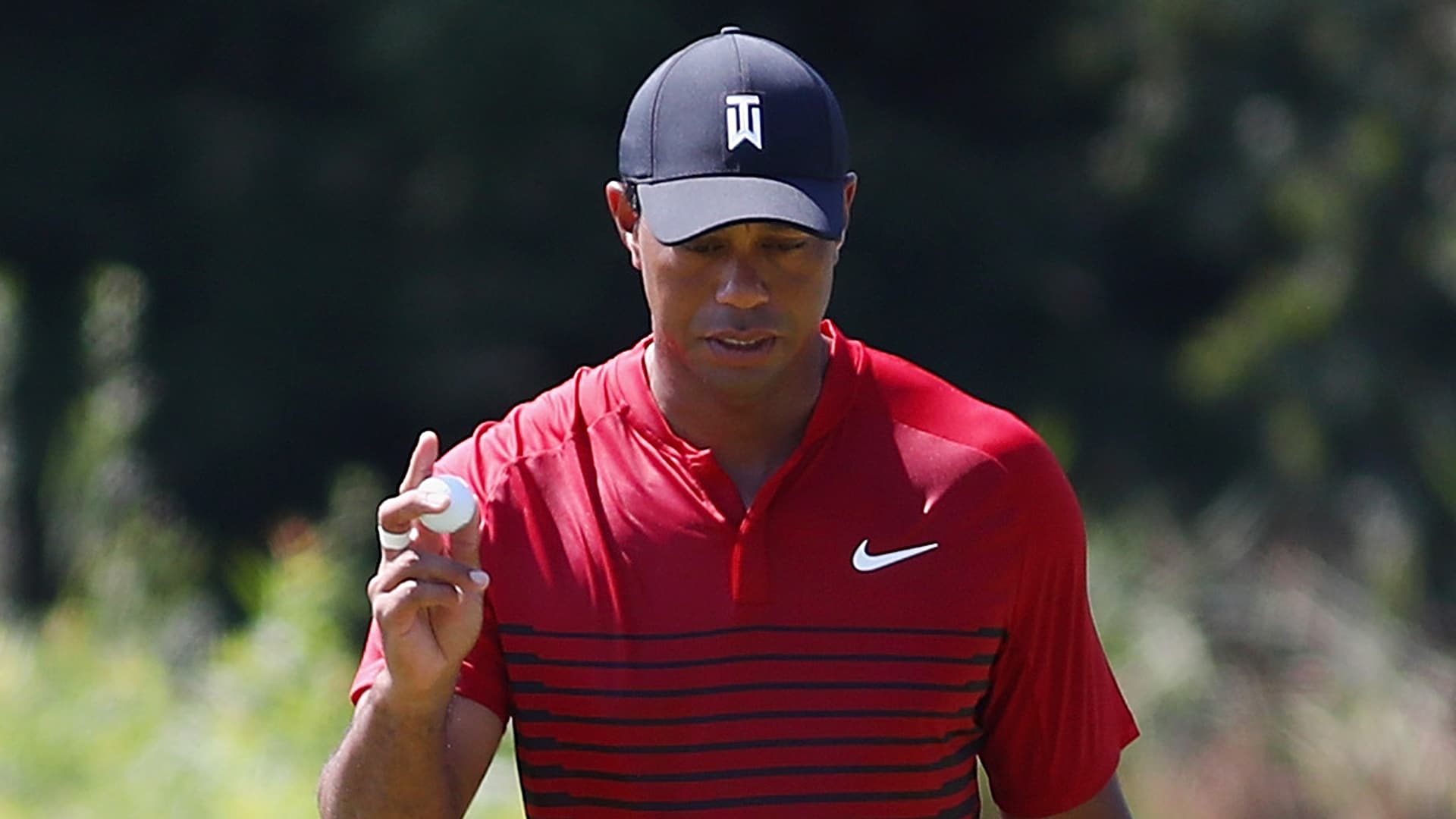 NORTON, Mass. – A victory was never really in the cards for Tiger Woods at the Dell Technologies Championship, but he may have let a chance to lock up a spot at East Lake slip away during the final round. Here are a few thoughts from spending Labor Day alongside the man at TPC Boston:

• The story of the week continued Monday, as Woods got off to a strong start but failed to maintain momentum. Three birdies in his first 11 holes were undone by a pair of late errors as he signed for an even-par 71.

• Woods finished the week at 7 under, tied for 24th among the 76 players who completed four rounds.

• The main culprit, as it has been this week outside Boston, was the putter. Woods created chance after chance, hitting 15 of 18 greens in regulation, but he simply couldn’t capitalize. His 33 final-round putts were five higher than any other round, and he lost more than a stroke to the field on the greens for the first time this week.

• The missed opportunities especially began to pile up down the stretch, as Woods got to within three shots of the lead with a birdie on No. 11. But he missed four putts from inside 13 feet over his final nine holes, including a 9-footer on No. 18 that caught the lip but wouldn’t drop.

• Tiger’s title chances ended with a bogey on No. 14, but the shot he’d like to have back the most came on the par-3 16th. That’s where he took an aggressive line over water but came up barely short, as the ball bounced back into the hazard. It led to his only double bogey of the week.

• After starting the week at 25th in the FedExCup points race, Woods stayed right there after his performance at TPC Boston. It means he’s still inside the number to qualify for the 30-man Tour Championship for the first time since 2013, but it also means that there is still work to do in a few days at the BMW Championship.

• With the Monday finish, it’s a quick turnaround for Woods and the other 69 players who qualified for the BMW as the event heads to Aronimink Golf Club outside Philadelphia for the first time beginning Thursday. 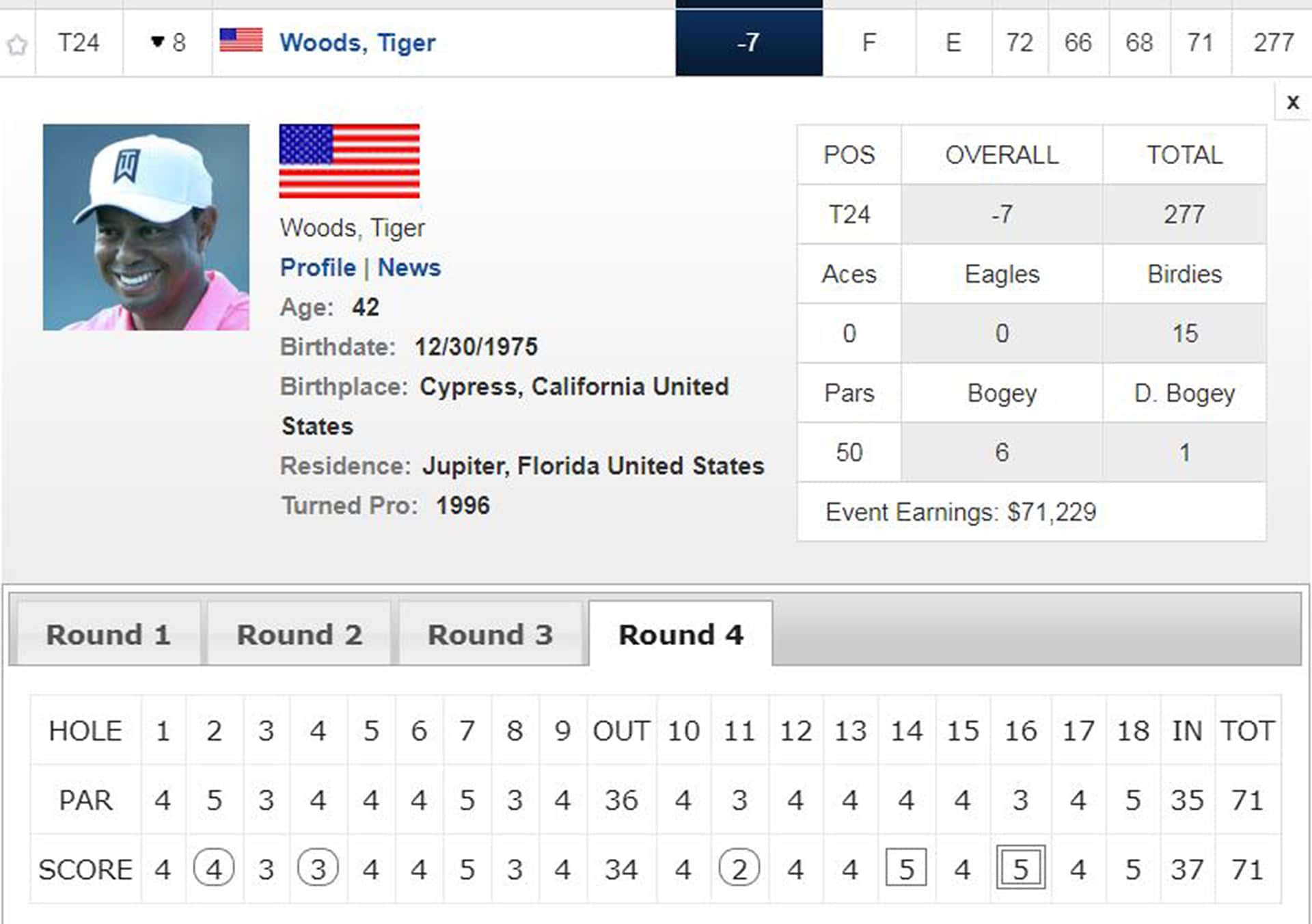