Uihlein has to take drug test after 9-under 62 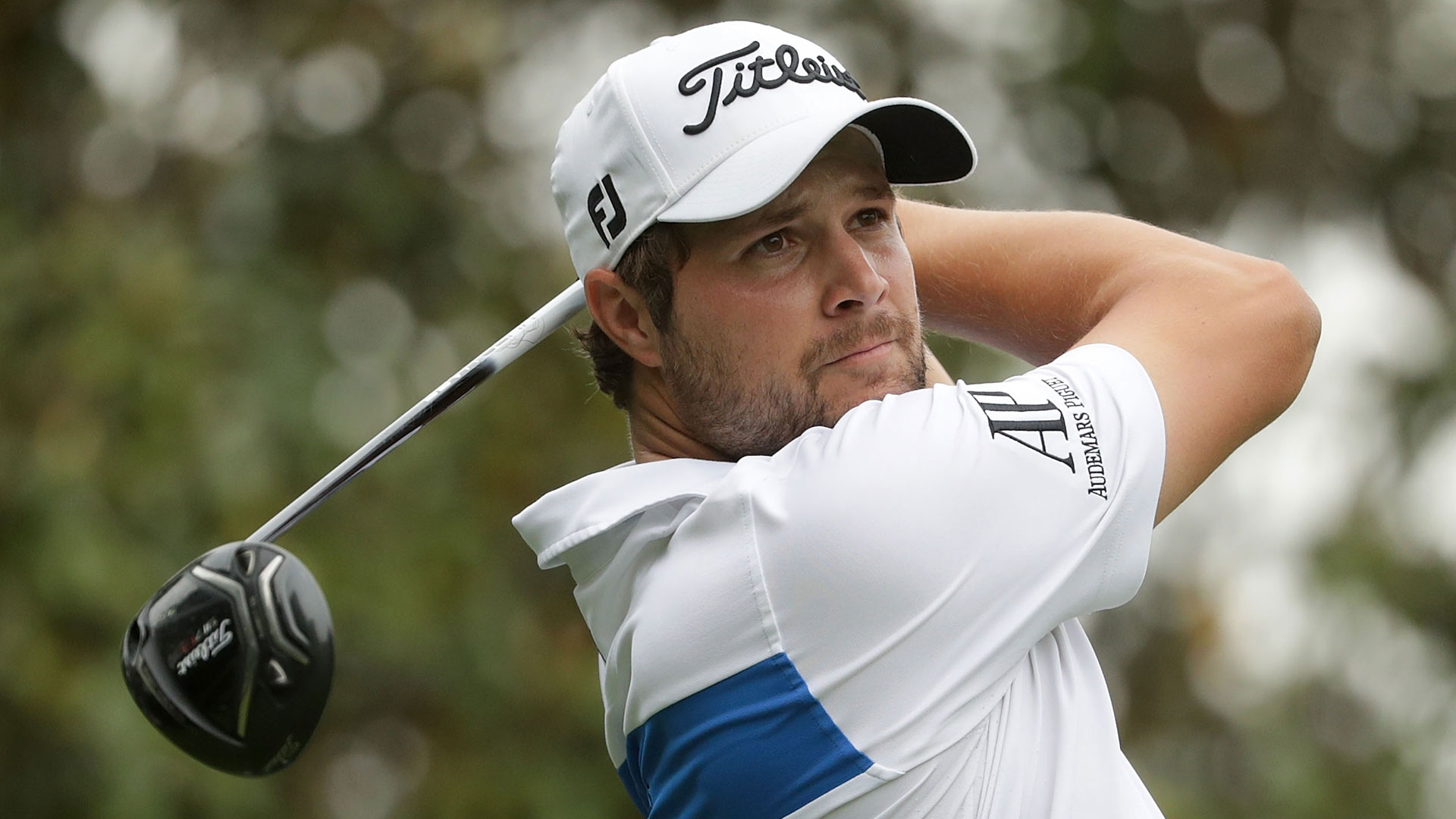 CHARLOTTE, N.C. – Peter Uihlein took a share of the lead early Saturday at the Wells Fargo Championship and was promptly told he had to take a drug test.

“Yeah, it's totally ironic. First low round of the year, I feel like, and I have to go piss in a cup,” he said.

That’s not exactly a pat on the back for good play, but congratulations are in order.

Uihlein’s round of 9-under 62 is something of a new course record around here. It’s the lowest number anyone has shot in competition since renovations were made to Quail Hollow prior to last year’s PGA Championship. It’s also Uihlein’s lowest career round on the PGA Tour.

Conditions were ripe for scoring this morning, with great weather and a much easier setup, featuring some forward tees and more-accessible flags.

“Yeah, the way the golf course was set up today, it felt like you can get after it a bit,” Uihlein said. “With the conditions being overcast and no wind, it definitely feels it played a little bit easier than it did the first two days. The first two days felt like a U.S. Open.”

Rory McIlroy holds the actual course record at Quail, with an 11-under-par 61 he fired en route to victory at the 2015 Wells Fargo, when the course was still a par-72 layout. He also fired a 10-under 62 on Sunday when he first won back 2010.

Asked how the rounds matched up, McIlroy was quick with his response.

“My 61 was way better,” he joked, quickly adding that “it's a different golf course. I mean, 9 under around this place is really good.”

“It was sort of sunny and there wasn't much wind, similar conditions to today,” McIlroy later said, referencing his 61. “I don't know. I mean, I guess you could go back and see what my strokes gained against the field was compared to his and that's a good way to compare.”

For reference, McIlroy picked up 10.2 strokes on the field during his 61. Uihlein, as of this writing, was only about 8.1 strokes ahead.

“Didn't he win shooting 61 on Sunday?” Uihlein asked, before getting details on both rounds. “Oh, is that what he did? I knew he blitzed it … I guess that was pre-course change, though, wasn't it?”