Varner: Tiger taught me to be conservative 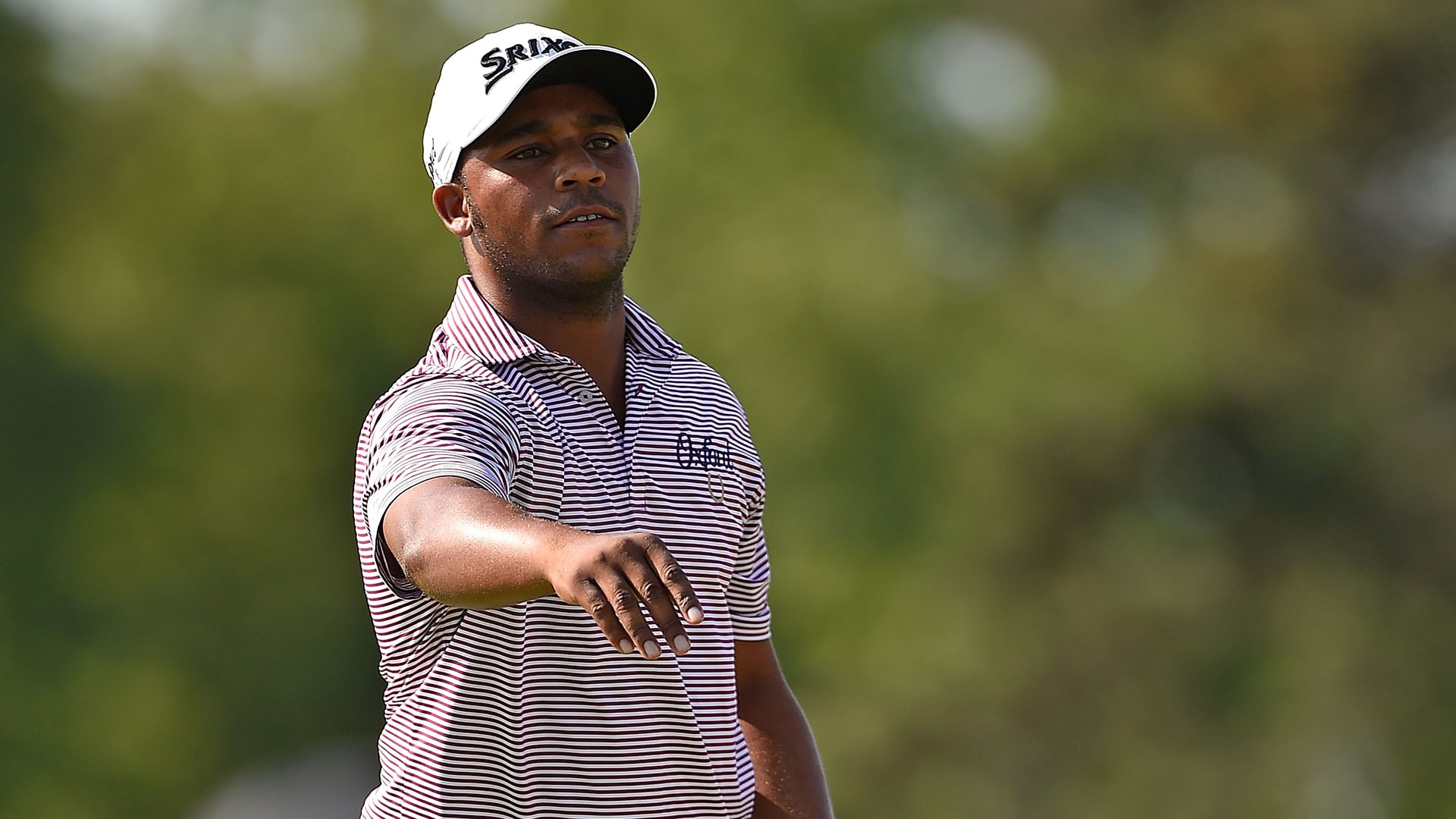 PONTE VEDRA BEACH, Fla. – After digesting all the insight Tiger Woods shared with him in a pair of practice rounds at The Players this week, Harold Varner III didn’t gear up.

Varner, thrilled to play for the first time with Woods in practice rounds on Tuesday and Wednesday, said he was surprised how conservatively Woods approaches the TPC Sawgrass Stadium Course, advising Varner to “dink it down there” with tee shots that Varner wanted to rip.

“He got me to think about not taking so much risk off the tees,” said Varner, who shot a 1-under 71 in his opening round. “It takes a lot of pressure off you, because the course is hard enough already.”

Varner, 27, the first African-American player to advance to the PGA Tour via the Web.com Tour, didn’t get to see much of Woods his first two years on tour, with Woods injured. In fact, he got his first chance to introduce himself to Woods in the locker room at the Genesis Open at Riviera this year, where their lockers were next to each other.

“It was just the two of us, shooting the crap, the first time ever got a chance to talk to him,” Varner said. “I told him I would love to play with him sometime, and that I had so many questions I wanted to ask him. He said, `Sure, here’s my number.’ And he gave me his cellphone number that first time we met.”

It led to this week’s practice rounds.

“I know he’s here to win the tournament, but he was super helpful in our practice rounds,” Varner said. “For him to be focused on getting ready this week, and to help me out as much as he did, I’m very grateful for it.”

With Varner playing before larger crowds on the PGA Tour, he said he was especially curious how to better focus.

“It’s not my strength,” Varner said. “I’m very extroverted. Somebody yells my name, I look. I asked him how he focuses with so many people following him, how he blocks everything out.”

Varner said Woods told him he doesn’t “block” them out.

“He asked me if I ever read while watching TV,” Varner said. “He said it’s like that. You hear the TV, but you’re focused on what you’re reading.

“What surprised me is how simple he makes things. I can’t wait to play with him again.”