Watch: Crane, Cejka rock out on first tee at Zurich 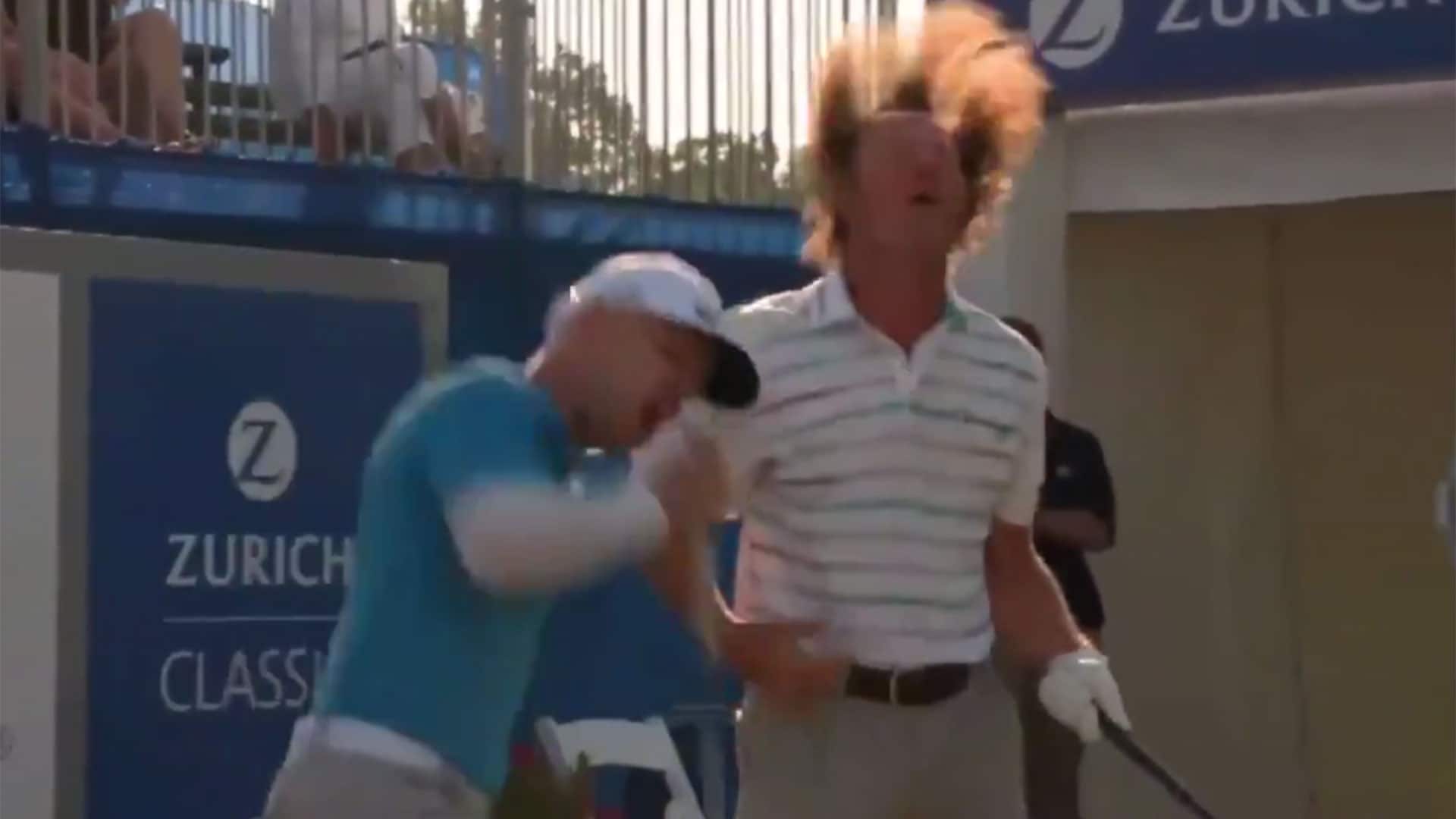 AVONDALE, La. – No group embraced the walk-up music on the first tee like Ben Crane and Alex Cejka.

Crane was allowed to pick the song – Whitesnake’s “Here I Go Again” – and Cejka took it from there.

“I said, ‘With your hair, I’m going to need some head banging out of you,’” Crane said afterward. “And as soon as the music turned on, he started going.

“And so I’m going, Well, if my lead guitarist is going for it, the lead singer has to go. I’ve got to sell out here. So the driver became the mic.”

Cejka said their antics were completely “spontaneous,” and it was made even better by the fact that he striped his opening tee shot a few moments later.

“That’s so much game right there,” Crane said.

The duo combined to shoot a 6-under 66 in fourballs on Saturday, but that wasn’t the most memorable part of their day.

“The guy holding the sign, he goes, ‘That was so awesome. Every other team has just stood there all day,’” Crane said. “So I’m like, OK, I think we’re the leaders in the clubhouse right now.”

No, they were the runaway winners.