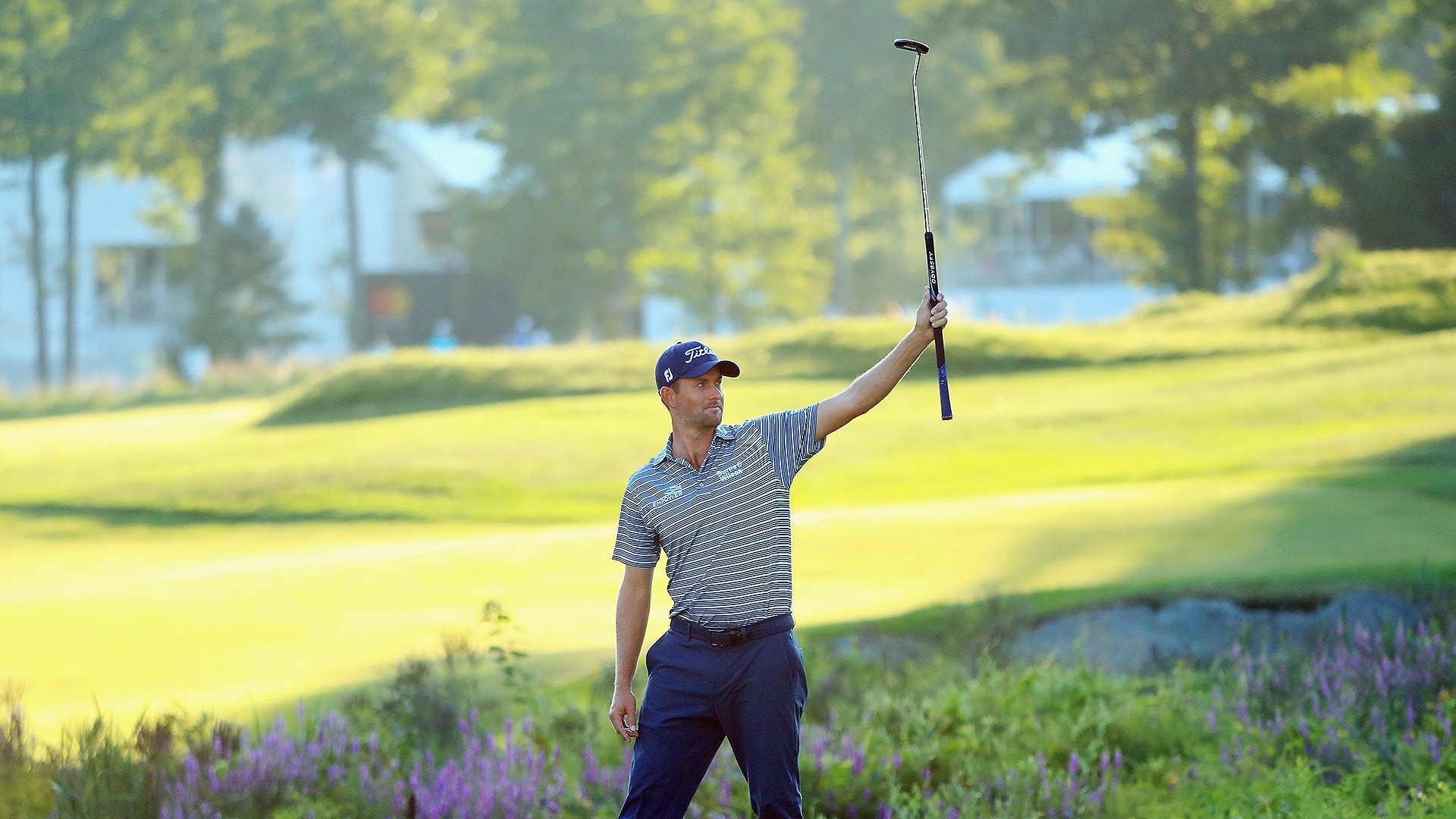 Webb Simpson took the 36-hole lead on Saturday at Dell Technologies Championship ... and he did it in style.

Simpson made a 71-foot eagle putt on the 18th hole from off the green to close out an 8-under 63 and leads the second FedExCup Playoff event by one at the halfway point.

.@WebbSimpson1 puts an exclamation point on the round.

The reigning Players champion enters the third round at TPC Boston looking for his second win of the season and sixth PGA Tour title of his career.