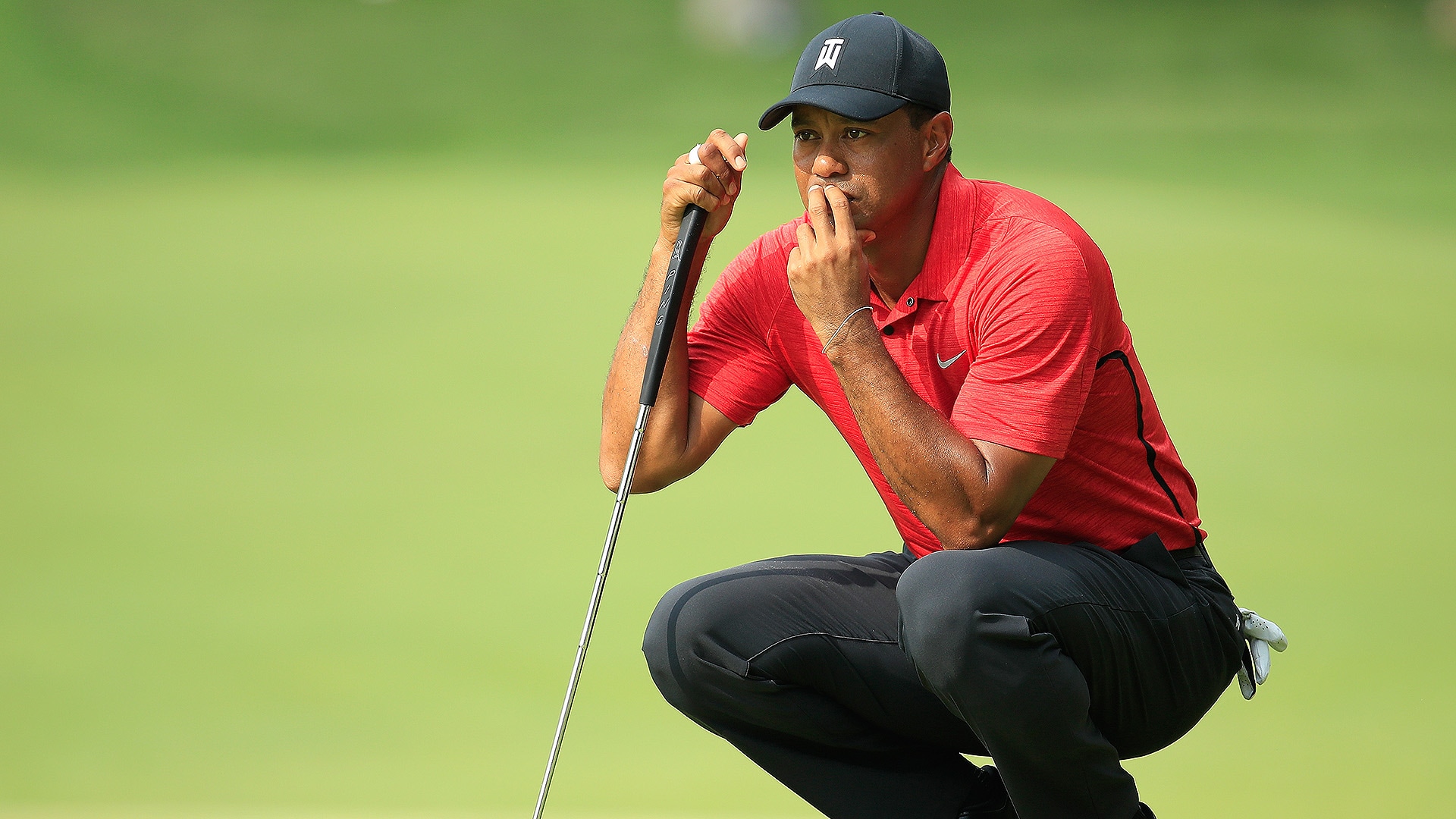 Tiger Woods began the final round of the Memorial Tournament trailing leader Bryson DeChambeau by five shots, but he picked up one on the first hole Sunday.

A fast start to the final round at @MemorialGolf.#LiveUnderPar pic.twitter.com/a6IgS3ZRAl

Woods had good looks at birdie on the next two holes, as well, but missed from 20 feet at the second and from just outside of 10 feet at the third.

He did two-putt from 45 feet at the par-5 fifth, however, to get to 11 under par and within three strokes of the lead.

Tiger cleans up birdie putt at No 5 and moves to 11 under. That's 3 off the lead.

After hitting his tee shot into a bunker at the par-4 sixth, Woods made a 7-footer for par to stay three back. He then failed to birdie the par-5 seventh and parred Nos. 8 and 9 to turn in 2-under 34. At 11 under for the tournament, Woods was four off the pace and in a large group tied for ninth place.

Woods' deficit grew quickly on the back nine as Patrick Cantlay pulled out front with back-to-back birdies on Nos. 7 and 8, while Woods bogeyed the par-4 10th.

Play continues in the rain. Tiger ended up in a bunker and could only get it back into the fairway, but nips a nice wedge to a couple feet. Should be able to save par, but with the putting this week it’s not a gimme.

Missed it. Couldn’t have been more than 4 feet. Another Tracker jinx.

Bogey drops him to -1 today, -10 overall and suddenly 7 shots behind Cantlay. Any hopes for win No. 80 may have just left Dublin.

Perhaps too little, too late, but Woods did recover with a birdie at the 11th.

Woods with a wedge.

When it was all said and done, it was an even-par 72 for Woods on Sunday, for a 9-under total for the week. The world still awaits for his return to the winner's circle for the first time since 2013.